Stephanie McIntyre: 'This has been a living hell for us'

BUFFALO, New York (ChurchMilitant.com) - A sex abuse victim is calling out the diocese of Buffalo, New York for failing to be transparent in its handling of clerical misconduct.

"My abuser was simply moved to a nearby parish two months after I complained," Stephanie McIntyre told Church Militant. "This has been a living hell for us."

Father Fabian Maryanski allegedly began sexually abusing and grooming McIntyre when she was 15. She said he got her drunk and had intercourse with her on her 18th birthday. Maryanski was 45 at the time.

At age 26, her lawyer contacted the Buffalo diocese, and her complaint has been on file since 1995.

In spite of this, the priest has never been removed from active ministry — until this week, three days after The Buffalo News broke the story of McIntyre's abuse. Now the bishop is re-opening the case. This comes in the wake of a sex abuse scandal that has rocked the diocese in recent months, with the bishop announcing a victims compensation fund to pay those harmed by priests.

"We are so very, very sorry for the pain of the abuse that has happened to you," said Bp. Richard Malone at the time. "We're sorry. I'm sorry and want to do everything we can going forward, reaching out to you who have to come to us in the past." The diocese went on to publish a list of 42 credibly accused priests; Maryanski's name was not included.

Although Maryanski initially denied having sexual relations with McIntyre, he later backtracked, claiming she initiated the relationship and that she was in her 20s, not in her teens.

Maryanski resigned as pastor from St. Patrick Church in Barker, New York in September 1995 and was placed on administrative leave, but continued to offer public Mass at St. Mary Church in nearby Medina until 2000, when he was appointed parochial vicar of St. Philip the Apostle Church in Cheektowaga.

McIntyre said she has been "victim shamed" by strangers because Fr. Maryanski is "an extremely popular man who has been serving and abusing for nearly 50 years."

He also served as pastor of St. Andrew Church in Sloan until he retired in 2014. He also offered Mass at a number of churches in the area.

A recent statement from the diocese reveals it has been aware McIntyre's allegation:

After receiving a recent letter regarding a previous abuse complaint against Father Fabian Maryanski, Bishop Richard J. Malone has placed Father Maryanski on administrative leave for the purpose of reopening the previous investigation. Please note that this administrative leave is for the purpose of investigation and does not imply any determination as to the truth or falsity of the complaint.

Dr. Robert Hoatson, a victim advocate and founder of Road to Recovery, along two other advocates protested outside the chancery on Monday, calling for Malone to "reveal it all or resign." Hoatson said this is a "cover-up" and told reporters, "This is pointing to something more serious."

When abuse victim Michael Whalen came forward in February, a torrent of allegations was unleashed against over a dozen buffalo area priests. In response to the pressure, Malone released the names of credibly accused priests.

Hoatson complained that the list isn't enough, saying people working with the victims know of at least 64 names. Malone responded at a press conference with this statement:

While these issues of abuse predate my arrival as Bishop of Buffalo in 2012, it has become my responsibility to lead our diocese through the proper handling of abuse from the past. I will continue to do so now and in the future. We have made great strides in regard to protection of young people and the handling of sexual abuse cases, especially since implementing the 2002 Charter for the Protection of Children and Young People.

McIntyre has written on her blog about how her abuse led her to leave the Church and become involved in the pornography industry.

"I fell about as far from the path God intended for me as I could have," she wrote.

What began out of the laundry room of a rat-infested rental house, as a way to provide food for our table and a way to help pay for my medication and therapy, something the Church refused to help with, quickly escalated into a life filled with all the evil that money could buy, while I slipped deeper and deeper into anxiety and severe depression.

She credits a number of good priests with her return to the Church. With her husband, Kipp, they have become "staunch defenders of the Church and Her priests."

She said she came forward for three reasons: "a) name my abuser and force him to be removed, b) to give courage to other victims and c) to help remove the cancer from Our Holy Church."

It is only by the grace of God that I am still alive to talk about this.

She also gives advice to those who are reeling after learning of abuse allegations towards their priests. She wrote the article "What to Do If Your Priest Is Accused of Abuse," about the damaging effects of the public's response. McIntyre explained that both the accused, the accuser and the Church need prayers, and accused priests need to be encouraged privately. Public support of the accused priests and condemnation of the victims can lead to other victims, especially children, to "be scared into remaining silent, and their horrific pain will continue."

McIntyre also warned about discrediting the victims by assuming they are after money. Evidence of the harm of abuse "is reflected largely in self-destructive behaviors." Rather, abuse victims need compassion.

"It was very painful for me to read the letters to the editor in defense and praise of him, lamenting the loss of their adored priest," she commented.

McIntyre and her husband now own and operate a Catholic Goods store. She said she has filed a claim with the victims compensation fund, but has no interest in money: "There is no amount of money that could ever bring back what this man and the diocese took from me," she said. "It is only by the grace of God that I am still alive to talk about this."

Because of the statute of limitations, Maryanski cannot be prosecuted.

Church Militant reached out to George Richert, director of communications for the diocese of Buffalo, but he declined to comment on any of our questions. 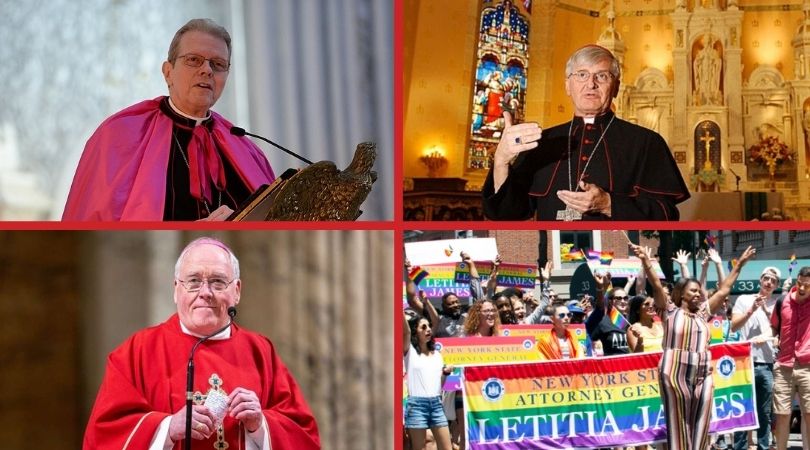