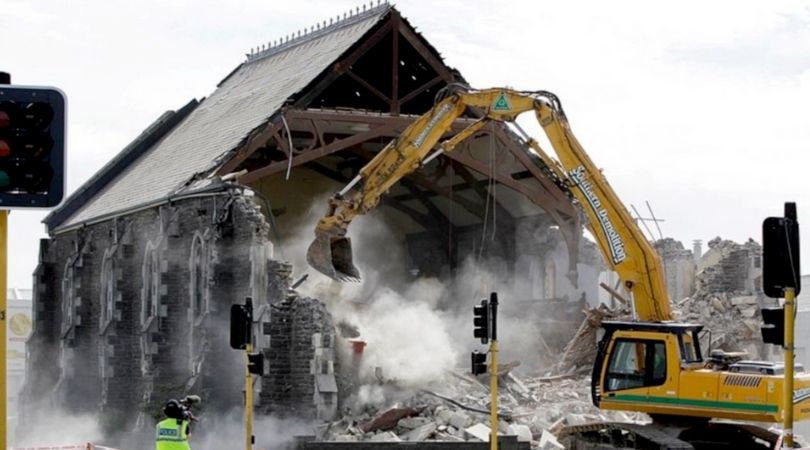 CHICAGO (ChurchMilitant.com) - Chicago cardinal Blase Cupich a few years back introduced a campaign called "Renew my Church." And while Chicago's faithful say the program has decimated the Church in Chicago — shuttering many parishes and houses of worship — many of them remain unaware of their legal rights to stop it.

One Chicago Catholic, after listening to paid hacks explaining to his parish how great "Renewal" was going to be for the Faith and Chicago, quipped for all to hear, "This should really be called 'Bulldoze my Churches!' All they have talked about for the past hour has been about the closure and amalgamation of parishes; they are not going to renew or rebuild anything!"

Numerous other Chicago informants, when discussing the archdiocese of Chicago's "Renew my Church" project, readily used the pejorative phrase "Wreck my Church."

Church Militant has reported testimonies from parishes that have scrambled financially to save their parishes only to see the archdiocese close them down and pocket the funds. Another report noted the cost of sex abuse settlements may be driving the trend; the archdiocese's bond rating has been downgraded in light of a weakened financial state.

Whatever is afoot, parishioners are struggling to determine if they can save what's left.

Brody Hale is a practicing civil attorney who, as part of his work as president of the St. Stephen Protomartyr Project, has taken on the behemoth project of fighting needless Church closures worldwide.

He made the observation recently when discussing the massive number of church closures being foisted upon Chicago Catholics by their cardinal, "Cupich would have St. Francis arrested today if he were to gather bricks and attempt to repair any Chicago Catholic church. Cardinal Cupich does not seem interested in rebuilding or restoring any sanctuary; he seems only to be interested in destroying them."

As of Jan. 28, 2021, Hale has helped 17 groups of Chicagoland Catholics file canonical appeals with various tribunals at the Holy See in Rome. The appeals ask that the rights of the faithful to maintain the churches that their forefathers built and their right to worship within them be respected.

Most Catholics do not know they have any rights under Church law.

Hale went on to say that, tragically, most Catholics do not know they have any rights under Church law and that ordinaries like Cdl. Cupich have run "rip shod" over their canonical rights. Most parishes closed Cdl. Cupich prior to Jan. 1, 2021 are in poor neighborhoods in Chicago and its suburbs.

Seventeen parishes and churches in the archdiocese of Chicago have appeals pending at some stage or another of the canonical appeal process.

There are nine appeals against parish closures, all of which (except two) are pending before the Congregation for the Clergy:

Eight appeals are against "church" closures, defined canonically as "relegations to profane but not sordid use." This means the buildings will no longer be used for sacred worship and can be sold by the diocese for any secular use except one that is unbecoming, immoral or offensive to Catholics. These churches have appeals pending in Rome, but their parishes have already been eliminated. All are pending before the Congregation for the Clergy, except one:

My parish, at just under the $750,000 in annual Sunday contributions was not "viable," and additionally we were short 100 parishioners for their 800 minimum census requirement.

My parish will never come to the Arch's required $750K in Sunday contributions because, as a predominantly poor Latino parish, our parishioners just don't have it to give. Many of our parish families can barely make their rent and put food on their dinner table.

The Archdiocese's "Renew my Church" program, with its capricious and arbitrary benchmarks thought up by some paid consultants, are by design being used to close all Chicago's poor parishes. Give this renewal program another year and there will be no more parishes in Chicago's poor neighborhoods and the poor will be left without even God."

To exacerbate this sad scenario playing out in Chicago, Cdl. Cupich just this past weekend announced a new round of additional church closures and amalgamations, much to the chagrin of the faithful still reeling from months of Wuhan virus-related closures.

Fr. Steve Kanonik explains how his parish is experiencing "Renew My Church"

As printed in the Chicago Tribune this past Saturday:

Officials at the archdiocese of Chicago say mounting debt and declining enrollment will lead to the shuttering of four suburban Catholic schools and the consolidation of dozens of parishes in the months ahead. The downsizing is part of the Renew My Church initiative that started in 2018 amid financial pressures.

This new spate of church closures being forecast for the archdiocese of Chicago by its cardinal is not a done deal. Hale has assembled a group of faithful and faith-filled Catholics on the ground in Chicago working hands-on to stay the cardinal's hand.

Julie Sawicki, with "Save Our Chicago Catholic Churches" and who serves as president of the Society of St. Adalbert, just this week was successful in helping a group of Catholics file an appeal for St. Wenceslaus' Parish on Chicago's northwest side. It is slated for permanent closure.

"I got six signatures for the appeal Tuesday evening from St. Wenceslaus' parishioners. They are all so upset!" she explained. "They all asked why they were not made aware of the opportunity to appeal. The pastor, moreover, told parishioners at holy Mass that only the school is closing."

Parishioners are angry that their options were not explained to them.

Sawicki cited what, in her perception, is playing out on the ground in Chicago:

Church Militant's Resistance members in Chicago have also rallied to stay Cdl. Cupich's hand in numerous church closures. Resistance members have been encouraged to pledge their support for Chicago Catholics who reside in parishes slated for closure by posting simple signs in their front windows and vehicles. Some of the signs feature the mottos:

Resistance volunteers have been adamant about the importance of making the plight of Chicago Catholics known to the greater U.S. Catholic community. They warn that if Cdl. Cupich gets away with bulldozing numerous Chicago churches, other bad prelates will follow his bad example in their respective dioceses. 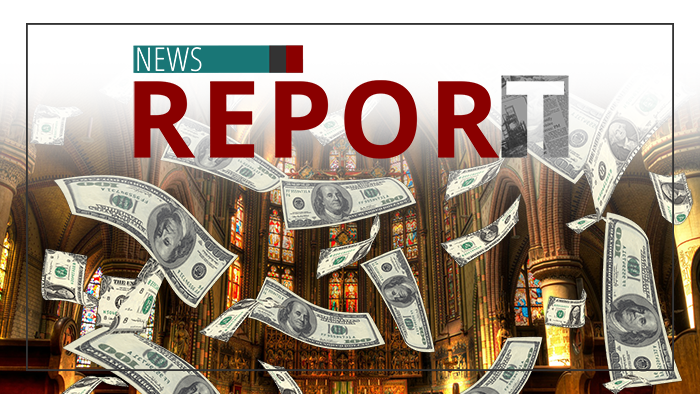