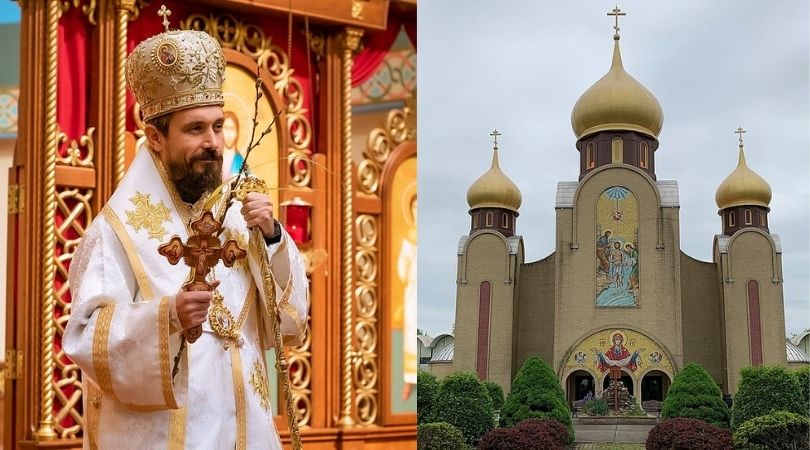 PARMA, Ohio (ChurchMilitant.com) - An Eastern Catholic bishop in Ohio is closing a cathedral and two other nearby churches while his flock is trying to save them.

Bishop Milan Lach of the Eparchy of Parma issued a decree last month that will merge three of his parishes into one. The decree forces parishioners, who've been struggling to keep their churches, to abandon them and relocate to a shared building.

One of the targeted parishes — the Cathedral of St. John the Baptist — will join two others to become the "Dormition of the Mother of God Parish." Parishioners of the cathedral previously wrote to Bp. Milan, as he's referred to in parish correspondence, attempting to save their church from closure.

"We have developed the first stages of a plan for continuing the Cathedral of St. John the Baptist parish at the current location," parishioners told the bishop.

They further noted they'd bear "the responsibility for expenses and ongoing maintenance" of the cathedral.

He said the merger was owing to a need for 'a single faith community capable of effectively sustaining itself.'

Bishop Milan denied their offer — from the cathedral's pastoral council — claiming his choice to merge parishes was somehow motivated by "the voice of the faithful." He said the merger was owing to a need for "a single faith community capable of effectively sustaining itself."

But the cathedral's pastoral council has a long history of communicating with the Eparchy of Parma about various opportunities to raise money in order to keep the parish open. The parishioners have even compiled a timeline showing their continued efforts to develop the cathedral into not only a source of revenue but also a flourishing center for worship.

Their efforts were consistently denied by the Eparchy, or simply were left unanswered.

According to the timeline, Deacon Gregory Loya at the cathedral composed a letter in 2018 to the recently enthroned Bp. Milan, humbly sharing his parish's long history and articulating its financial potential. He revealed the cathedral was approached on numerous occasions by interested investors looking to rent space at the parish.

In 2007, the City of Parma's Director of Community Services and Economic Development toured the cathedral reporting: "I was extremely impressed with the facility, and I think [it] offers a wealth of opportunity for the Church."

The deacon also gave a list of potential tenants interested in renting space at the cathedral. The list included multiple athletic groups, a cell tower provider, and even a local college. All of these interested parties could have been a source of revenue for St. John's Cathedral but were turned away by the Eparchy's apparent apathy.

Bishop Milan received the deacon's letter but never gave a public response. Communications continued between the bishop's lawyer, James Niehaus, and the pastoral council of the Cathedral. The council sent a letter outlining a plan for the parish moving forward. The bishop disregarded the letter because it was not signed, according to his lawyer.

Niehaus eventually issued an ultimatum to the parish, stating they should turn away potential renters or the Eparchy would remove almost all financial support for the cathedral.

The council then sent a revised letter, with signatures, to the bishop including a detailed plan for revitalizing the parish. Niehaus responded the plan was not financially sound, and Bp. Milan subsequently denied the request. Niehaus eventually issued an ultimatum to the parish, stating they should turn away potential renters or the Eparchy would remove almost all financial support for the cathedral.

Communications lasting more than a year were fruitless and have now ended with the bishop's decree.

The "faithful" of the Eparchy around Cleveland and Parma have created a website that opposes the merger. It posts all relevant documents regarding the bishop's decree that overrides their attempts to keep their home parishes open.

Bishop Milan claimed he acted "with careful consideration given to the spiritual needs of the people," but the people trying to save their beloved communities feel abandoned.

Members of the council deny their only concern is "preserving the building." They note the cathedral "has been a destination point for the people of the Eparchy to worship, to work together, to celebrate pilgrimages and festivals, and to collaborate." Parishioners emphasize they desire to continue this spiritual "legacy for the faithful of the Eparchy."

Church Militant has reported additional mergers and closures opposed by parishioners and groups' canonical efforts to save them.