Foster care children can be "counselled into delusion"

SACRAMENTO, Calif. (ChurchMilitant.com) - A new set of laws will result in taking away parental rights and forcing the gay agenda on the most vulnerable of children and adults.

California's bill AB2119 would legislate only gender-affirming health care into the state's foster care system. In addition to "strategies to increase family acceptance," this bill allows for the use of puberty-blocking drugs, as well as cross-sex hormones and cosmetic surgery on children in the foster care system. This same law bans any attempts "aimed at aligning a child's or non-minor dependent's assigned sex at birth and gender identity."

Michelle Cretella, president of the American College of Pediatricians, told Church Militant, "In California, biological parents retain the authority to provide medical consent for their children in foster care. If AB2119 becomes law, however, it will ensure that all gender confused children in foster care will be affirmed in the mistaken belief that they are trapped in the wrong body — essentially 'counseled into a delusion' — even if their parents object to it."

Church Militant spoke with Dr. Laura Haynes, a licensed psychologist and consultant for the American College of Pediatricians, who told us, "The agenda of militant LGBT activists is to get rid of any indication that people can change sexual or gender variations through therapy," she said.

"They generally proceed by increments." Dr. Haynes said, explaining AB2943 is "a giant step." She said making "all efforts to change sexual orientation vulnerable to consumer fraud action ... takes away the freedom and the right to get therapy not only from minors but also from adults."

Cretella notes this loss of freedom in AB2119, explaining it "will also allow the children to receive dangerous puberty blocking and cross-sex hormones without parental consent. This means that many young gender-confused children in foster care will be permanently sterilized and face a lifetime of serious health risks including cardiovascular disease, diabetes and cancers, due to those drugs."

There is no scientific consensus here. The mainstream professional guilds are liberal and engage in groupthink.

Haynes told Church Militant she "personally watched one of the professional organizations adopt a position against therapy that is open to sexual orientation change." She said the board members listened to the testimony of "a militant LGBT activist" who misrepresented the number of states that adopted the therapy ban, omitting that "15 states had rejected such bills." She explained the activist "did not present, nor did anyone conduct or discuss, rigorous research."

"Twelve people made the decision for the entire organization of tens of thousands of members," Dr. Haynes said. "It now appears that tens of thousands of therapists agree with this viewpoint."She added, "There is no scientific consensus here. The mainstream professional guilds are liberal and engage in groupthink. That's it."

A therapy ban could lead to sexual abuse and likely will.

The fact that much of the legislative testimony is based on lies has been documented in a complaint with the Federal Trade Commission. National Task Force for Therapy Equality (NTFTE) documented five years of false testimony in the complaint and has recently prepared a fact sheet called What Happens When Therapy is Banned? that claims "25 states have rejected therapy bans because they cause harms and injustices."

"A ban will hurt people with a variety of recognized psychological disorders," NTFTE states. "A therapist could address unlawful same-sex behaviors but not treat desires to engage in them if the client claims they have not yet and will not act on them." They go on to say, "There is no way to predict who will act out. A therapy ban could lead to sexual abuse and likely will."

Dr. Cretella explained, "Legislators should note that the vast majority, over 80 percent, of young gender-confused children will outgrow their confusion when supported as a member of their biological sex through natural puberty."

"In contrast, when children are socially affirmed as the opposite sex and given puberty blockers, almost all of them will claim a transgender identity and ask for cross-sex hormones," Cretella argued.

Haynes agrees that "socially transitioning a child to live as the other sex may itself affect the direction of a child's gender-identity development." She said the APA Handbook even "warns the full acceptance approach may neglect individual problems the child may be experiencing."

All laws that forbid children talk therapy for gender dysphoria and require only affirmative therapy harm them.

"All laws that forbid children talk therapy for gender dysphoria and require only affirmative therapy harm them," Dr. Haynes said "because they deprive children the opportunity to resolve psychological and family factors that may be leading to their gender distress."

Greg Burt, director of Capitol Engagement for California Family Council, told Church Militant that in a recent article he published, he quoted medical professionals that say children have gender identities that are plastic, "meaning they can be molded by others," and "they can be lead into the transgendered lifestyle."

"When health professionals promote the social affirmation of transgender confusion and the use of dangerous puberty blockers and cross-sex hormones in children, it is worse than malpractice. It is child abuse at the hands of those who took an oath to first do no harm." Dr. Cretella said.

Burt told Church Militant that they haven't started a formal opposition to the laws, explaining they "are just starting to get the word out about these bills." He said, "The bills need to be stopped in committee," noting people need to call the members of the AB1779 and AB2119 committees, especially people represented by the committee members, explaining "legislators only really care about what their own constituents think." 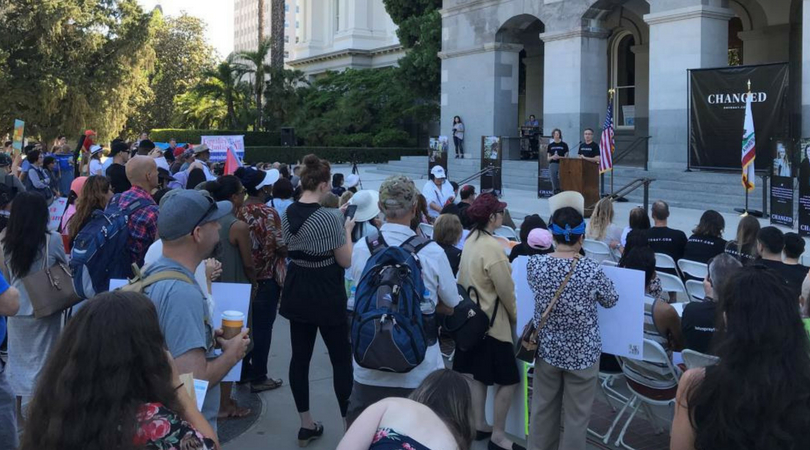