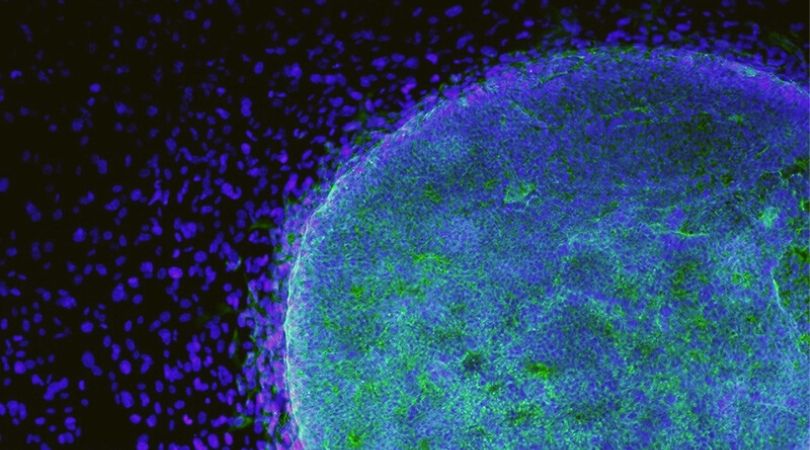 SACRAMENTO, Calif. (ChurchMilitant.com) - California state officials have confirmed a ballot initiative that, if approved, would give a state biomedical agency $5.5 billion to kill human embryos in order to extract their stem cells.

Voters in California will decide Nov. 3 whether or not to bankroll the California Institute for Regenerative Medicine (CIRM) — the state agency that funds embryonic stem-cell research — with over $5 billion in additional taxpayer money. Without this funding, officials say, the organization will have to close its doors.

CIRM was originally created through a similar initiative. In 2004, almost 60% of Golden State voters approved a plan to funnel $3 billion in taxpayer money to create an agency specifically devoted to embryonic stem-cell research.

CIRM has been slowly running out of money since then and is expected to close its doors later this year if voters fail to approve the additional funding.

Critics say CIRM has failed to fund any stem-cell treatments that are available for widespread use and that any additional money will just be wasted. Others note that embryonic stem-cell research, to date, has proven to be neither safe nor successful.

Despite the agency's lack of success, proponents of the initiative argue that CIRM needs more time to develop stem-cell therapies that treat devastating conditions such as multiple sclerosis, Huntington's disease and spinal-cord injuries.

CIRM has stated that Title 17 of the California Code of Regulations, §100080(f) designates all human pluripotent stem-cell lines derived in accordance with the CIRM regulations as "acceptably derived."

Father Tad Pacholczyk, Ph.D., of the Catholic Bioethics Center takes issue with this statement, not only from the practical angle, i.e., that embryonic stem cells are ineffective in treating patients, but also on ethical grounds: Embryonic stem cell therapy has proven to cause dangerous tumors in adults and, more pertinently, the cells used are extracted from live human beings in their embryonic stage of life. Obtaining these stem cells kills the embryo.

"As a former embryo myself, I have strong objections to how embryos are being treated," says Pacholczyk.

Pacholczyk, who earned his doctorate degree in neuroscience from Yale University, explains that all embryonic stem-cell research destroys human embryos, which are human beings at their earliest stage of life. Owing to the apparent flexibility of embryonic stem cells, the mainstream media and celebrities have been outspoken in their support of the research, but Pacholczyk maintains that it has yielded no practical medical applications.

"Most forms of stem-cell research are ethical," Pacholczyk says. "It is only a very narrow slice of the pie that raises moral objections." Pacholczyk speaks of the great success that adult stem cells have yielded; yet no human being is used, killed and discarded in the process.

Recognizing adult stem cells do not garner the attention embryonic cells elicit from the elites in the media and academic establishments, he notes that adult stem cells are extracted ethically from sources such as umbilical cords, placentas, amniotic fluid, bone marrow, liposuctioned fat cells, olfactory tissue and cadavers. And they have been proven successful. Research using these adult stem cells has led to the treatment of ailments like leukemia, spinal injuries and immune system deficiencies, he adds.

All embryonic stem cell research destroys human embryos, which are human beings at their earliest stage of life.

Advances with ethically sourced adult stem cells have already helped over a million patients, according to a published review paper by David Prentice, a research director for the Charlotte Lozier Institute and a former professor of medical and molecular genetics at Indiana University School of Medicine.

Prentice calls adult stem cells the "true gold standard of regenerative medicine," while nearly two decades of media hype and the infusion of billions of research dollars into stem cells culled from human embryos have produced exactly zero published reports of validated success in a single patient. "Actually, it's probably closer to 2 million patients that have been treated with adult stem cells now," says Prentice.

Since ethical adult stem cells have a proven track record of success, why then is the National Institutes of Health (NIH) still spending $250 million per year killing embryos, wonders Prentice.

According to the Charlotte Lozier Institute, adult stem cell therapy has been successful in treating people with 26 forms of cancer, 16 forms of auto-immune disease, 10 forms of anemia and blood conditions, five forms of metabolic disorders, acute heart damage and coronary artery disease, eye diseases of corneal and macular degeneration, wounds and injuries such as gangrene and bone damage and two forms of liver disease.

On its website, the Institute provides numerous, inspiring stories of people whose lives have been saved by adult stem-cell therapy.