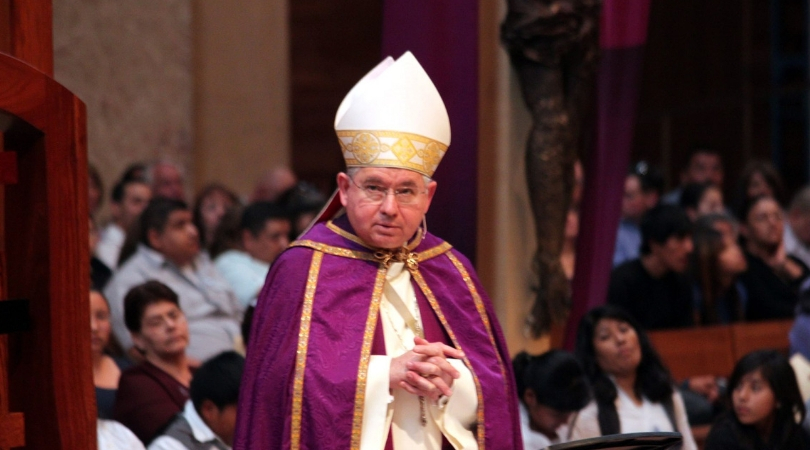 LOS ANGELES (ChurchMilitant.com) - In the wake of an $8 million payout to a sexual abuse victim, the Los Angeles archdiocese is undergoing further scrutiny by the state attorney general to determine how it handled all such allegations.

The Los Angeles Times reported May 3 that Abp. José Gomez received a letter from California Attorney General Xavier Becerra informing him to preserve all pertinent information and relevant documents related to decades of sexual abuse allegations against clergy members in the archdiocese.

The revelation arrived on the heels mid-April of the archdiocese's massive $8 million settlement with a female former student of Juan Ivan Barajas, an athletic director at San Gabriel Mission High School in Los Angeles County.

The victim was 15 years old when Barajas absconded with her to Las Vegas. The archdiocese was found guilty in a civil suit of negligent hiring, supervision and retention and breaching their duty to report suspected child abuse, making it the largest ever settlement by a local church.

Although the LA Times didn't publish the entire text of the May 2 letter, it did reprint verbatim several paragraphs, including: The California Department of Justice is conducting a review of your archdiocese's handling of sexual misconduct allegations involving children, including whether your archdiocese has adequately reported allegations of sexual misconduct, as required under California’s Child Abuse and Neglect Reporting Act.

Becerra is going even further with his investigation by seeking information on such non-clergy personnel as volunteers and staffers.

According to Los Angeles Times reporter Teresa Watanabe, the archdiocese did not specifically address the attorney general's investigation in a statement issued Friday but said it already has cooperated with two state investigations and one federal probe and "continues to fully cooperate with all civil authorities."

Watanabe's story compares the May 2 letter with events transpiring between attorneys general and dioceses elsewhere in the United States, noting Becerra is going even further with his investigation by seeking information on such non-clergy personnel as volunteers and staffers.

Other information requested by Becerra includes:

Los Angeles' CBS affiliate, KCAL, sums up the past 20 years of allegations against the archdiocese:

For nearly two decades, the archdiocese has been roiled by allegations that onetime church leaders mishandled clergy abuse cases, sometimes moving clergy suspected of wrongdoing to other parishes rather than punishing them and informing law enforcement.

The L.A. Archdiocese has paid a record $740 million in various settlements to victims and had pledged to better protect its church members. Gomez succeeded longtime Cardinal Roger M. Mahony, who faced criticism for his handling of the scandal.