SACRAMENTO, Calif. (ChurchMilitant.com) - California lawmakers are pushing a bill that would disadvantage ex-gays.

Last week, hundreds turned out to express opposition to a California bill that would classify counseling anyone with same-sex attraction as fraud and a crime. Legislators ignored the testimony of over two dozen formerly LGBT people who gathered on the steps of California's capitol building to tell their story of how they were freed from their homosexuality.

Doctor Laura Haynes, a licensed marriage and family counselor, told Church Militant that the bill (AB 2943) sets up a "two-tiered mental health system." Haynes was present during the committee hearing and the rally, noting the room was full of about 350 people, "the vast majority of whom came to tell the committee that they too had experienced change, often brought about through their faith experience."

This is sexual orientation discrimination.

She said a Democratic senator claimed the day before the hearing, his office received over 1,000 emails — mostly in opposition.

People of any age who want their same-sex sexuality affirmed or treated in a neutral way will get help from licensed, professionally trained therapists, and those therapists will get paid for their work. People of any age who want help that is open to change would only get help from unlicensed, not professionally trained helpers who can afford to work for free, or licensed, professional therapists can do the work of treating them but not get paid for their work.

"They gave their testimony that their sexuality had changed from homosexuality to heterosexuality," he added.

"Among these people were individuals who, as children, were sexually abused by someone of the same sex," he said. "As a result of receiving standard trauma therapy, they noticed their unwanted same-sex feeling diminished as a result."

Nicolosi explained, "After all these people spoke, one assemblyman was arrogant enough to say, 'We know that no one can change their sexuality. There's no evidence. So I'm voting yes on this bill.'"

The American Psychological Association's (APA) Handbook on Sexuality and Psychology shatters the myth that sexual orientation is inborn and can't change actually stating it is fluid and changes over time. The evidence so overwhelmingly disproves that "born-that-way-and-can't-change" myth, a group of tens of thousands of advocates filed a formal complaint with the Federal Trade Commission accusing gay rights activist groups of "mass deception and fraud." Despite being filed over a year ago, the complaint has not been addressed by the federal government.

Even with the overwhelming opposition to the bill, the Senate Judiciary Committee voted 5–2, passing the bill so it can move on to the State Senate.

"This bill is poorly written and poorly thought out," Nicolosi said. He noted that this bill could affect the treatment for someone with same-sex attractions who is addicted to pornography because treating the addiction could be considered anti-gay.

"Politically motivated bans on therapy hurt people who want and need the help they are being denied," he said.

This law has had a chilling effect, even working with adults.

"Politicians who believe they know better than the rest of us are a threat to every person's fundamental freedom to direct their own lives, including as it relates to their sexuality."

New Jersey was one of the first states to ban reparative therapy for minors in 2013. Speaking with a licensed therapist working in the state who wished to remain anonymous, he told Chuch Militant, "This law has had a chilling effect, even working with adults."

He said this would certainly open up the possibility for people to seek out unlicensed therapists, because the only options for minors to get help is to do phone or internet therapy or pastoral counseling. The therapist clarified that isn't likely that there would be many pastors willing to risk litigation to help people struggling with same-sex attraction.

In 2016, the Southern Poverty Law Center used the consumer fraud protections built into the New Jersey law to sue and shut down a religious non-profit, Jews Offering New Alternatives to Healing (JONAH), that only provided referrals to therapists for clients looking for help, not actual counseling.

He said he is "much more circumspect" in several aspects of his practice, including what literature is in the waiting room and what information is on his website. He said most therapists just want to "practice freely within the ethical boundaries of their field," explaining most are protective of their licenses.

"We're targets, we have a bullseye on our back," he said.

He explained the licensing board, comprised of unpaid volunteers, is staffed by activists with an ax to grind to advance their agenda. He said they don't want to "find ourselves to be the next cake baker or florist being fined for discrimination."

"The collapse of scientific integrity within these organizations under the pressure of gay activism is staggering," the Alliance for Therapeutic Choice and Scientific Integrity said in a bulletin to supporters. They noted that "the future of this legislation will surely be fought out in the courts."

Haynes said there are some steps people can take when "copycat legislation" shows up in other states.

"Organize large turnouts of people who have experienced change," he said, suggesting the legislators themselves hear the testimony of the individuals who have been helped by therapy and then state their position on therapy bans. "In other words, 'shame them' by making them publicly state that your life experiences are invalid, irrelevant and fraudulent."

"It's not enough to be in service; you're supposed to be in support of radical and transformative values," the therapist said. 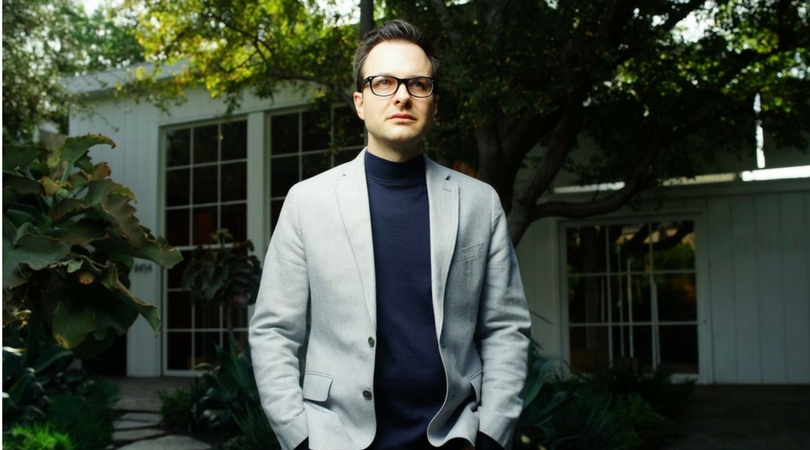