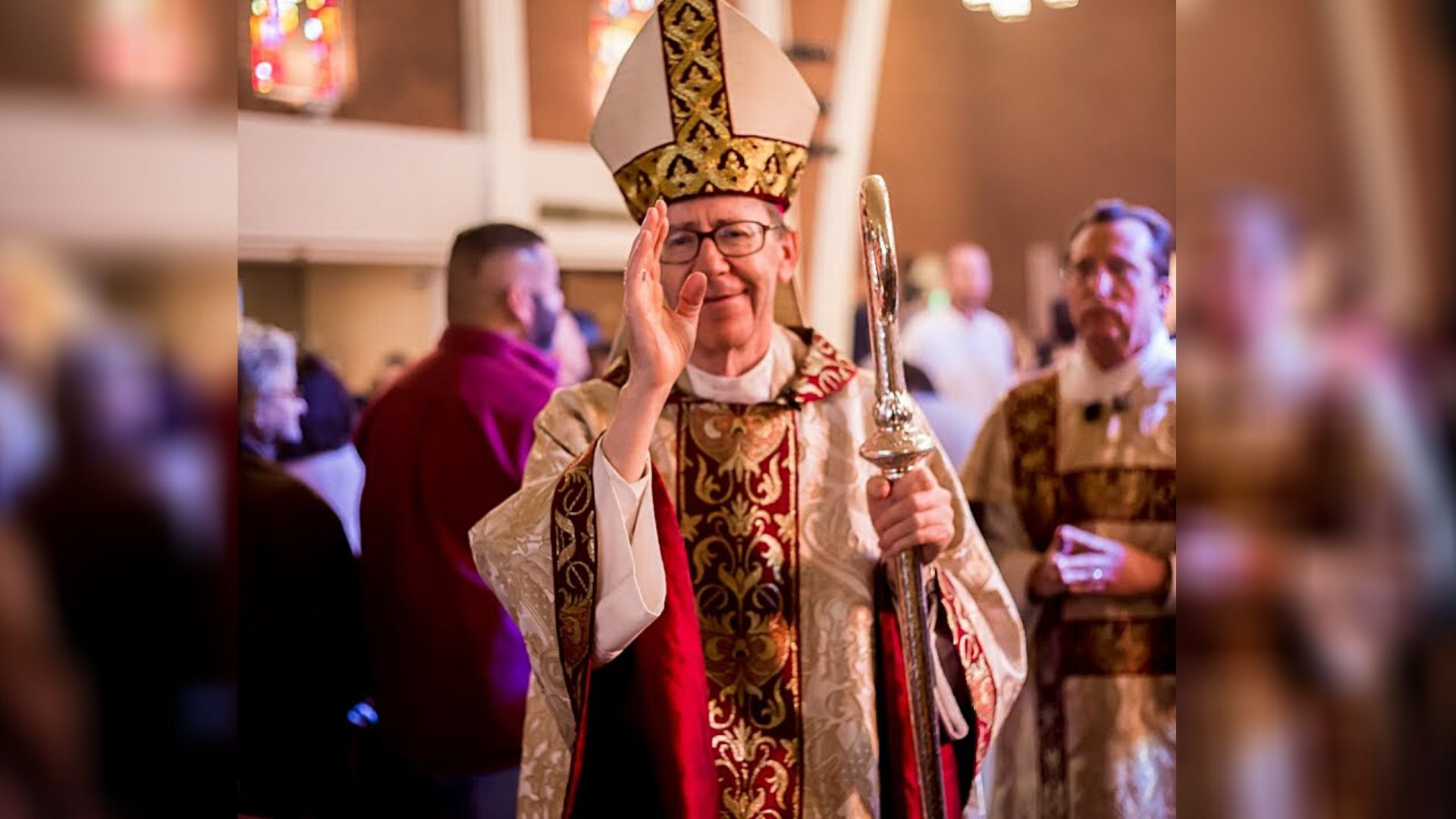 PHOENIX (ChurchMilitant.com) - An Arizona prelate is renewing his call for men to rise up against the current crisis decimating society, which lays squarely at the feet of failed manhood.

The diocese of Phoenix, under Bp. Thomas Olmstead, rereleased on Thursday its 2016 mini-documentary, A Call to Battle. Those involved in the project see the attacks on society being be solved by men who accept their spiritual identity as defenders of the defenseless.

"Never in the history of humanity has there been so many wives without husbands and children without dads, all because of broken masculinity," notes one priest in the production.

And this failure of modern man to fulfill his role as a Christian leader and spiritual defender is not only affecting his family but is also destroying his society, according to the documentary.

Olmstead, bishop of Phoenix since 2003, has been lighting a fire under men for several years. In October 2015, he released an exhortation aimed at men titled "Into the Breach." In it, he calls men to be men and sacrifice themselves in defense of the weak:

He notes the battle, which is "primarily spiritual" and headed by "Satan," is killing the "remaining Christian ethos in our society and culture." He further noted that the battle is not only playing out in secular society but is "occurring in the Church Herself." He backs up this claim by citing the following statistics since 2000:

He calls these declines a "serious breach, a gaping hole in Christ's battle lines." He thus is calling men to "'step into the breach' — to fill this gap that lies open and vulnerable to further attack."

The bishop has kept his eyes open regarding the battle that has intensified within the Church since Abp. Carlo Maria Viganò released his bombshell testimony in 2018. Olmstead called for a thorough investigation into Viganò's claims that Pope Francis removed disciplines that were imposed on Theodore McCarrick.

"I ask that Abp. Viganò's testimony be taken seriously by all, and that every claim that he makes be investigated thoroughly," requested Olmstead.

A healthy masculinity comes with a deep desire to both lead and to serve, to protect and defend.

This crisis within the Church has also been seen stemming from a crisis of manhood amongst priests and bishops. Church Militant's Stephen Wynne likens such clerics to "deadbeat dads."

"The strength of the priesthood has been sapped by an inrush of emasculated men — men for whom self-sacrifice is a mystery and self-indulgence the norm," Wynne observes.

He adds, "Emasculated bishops — whether homosexual, homosexualist or cowardly — have failed in their spiritual fatherhood."

Olmstead pinpoints why the Church is failing so miserably in its role of bringing souls to Christ:

One of the key reasons that the Church is faltering under the attacks of Satan is that many Catholic men have not been willing to "step into the breach" — to fill this gap that lies open and vulnerable to further attack. ... As our fathers, brothers, uncles, sons and friends fall away from the Church, they fall deeper and deeper into sin, breaking their bonds with God and leaving them vulnerable to the fires of Hell.

Michael Phelan, diocesan director of the Marriage and Respect Life Office, remarked on the need to remedy this grave problem: "[W]e have never seen the disparagement of masculinity and fatherhood, or abandonment of men's responsibilities that we are seeing now. It calls for an unprecedented response from the Church."

The rerelease of the video, A Call to Battle, is a renewal of Olmstead's call for men to fight like men or watch civilization succumb to the onslaught led by Satan.

According to the video's 2016 description, the film "seeks to create an awareness of a crisis in masculinity found in today's society." Since its original release, the video has been well-received not only by laymen but also by clerics as well.

Father Shenan Boquet of Human Life International affirmed, "It is so edifying to hear a shepherd speak so clearly to the role of men and fatherhood in a culture that no longer recognizes the value of fathers, and of men who are unafraid to be men."

"A healthy masculinity comes with a deep desire to both lead and to serve," Fr. Boquet said, "to protect and defend, to provide and share." 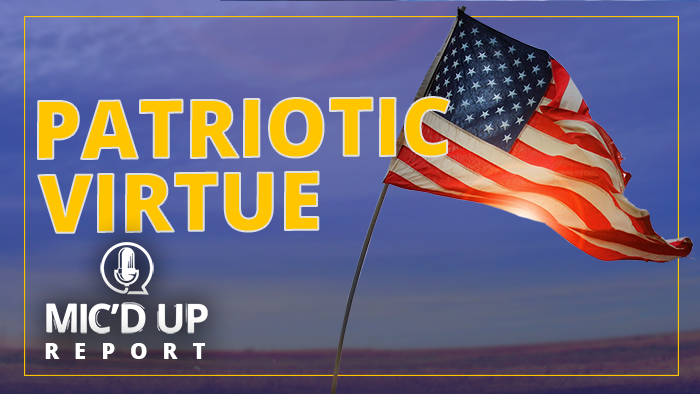 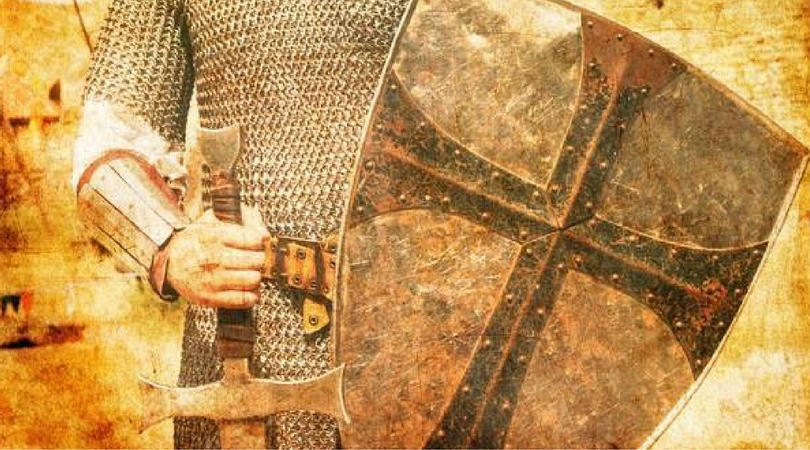 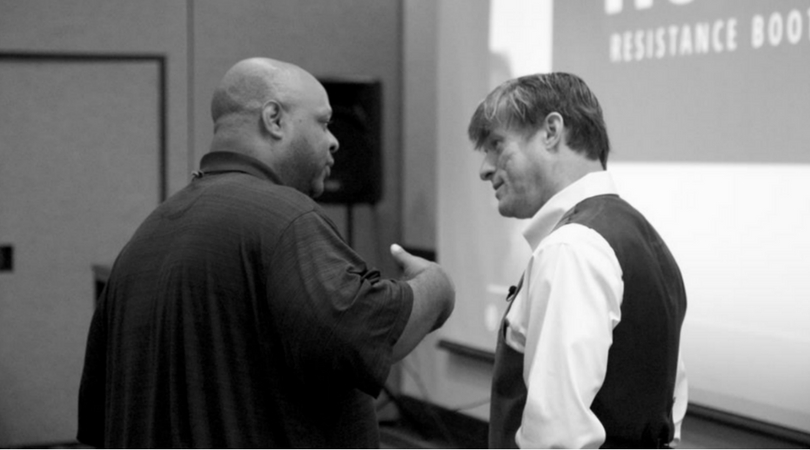