Can Catholics Finally Be Socialists? 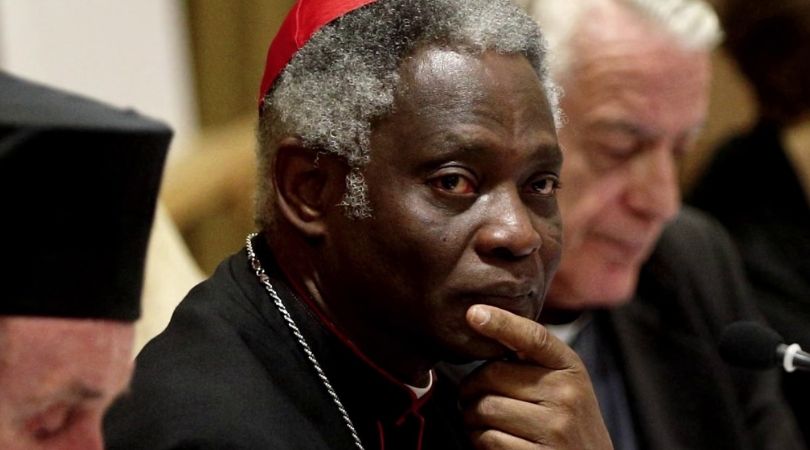 Last month, Vatican prelate Cardinal Peter Turkson felt it necessary to proclaim publicly that Pope Francis is not a socialist. Pope Francis favors "the social economy," Turkson explained, which "is not to be confused with the socialist economy."

What Francis is advocating, Turkson said, "is not Adam Smith's 'invisible hand,'" the concept which lies at the foundation of the free market economy; rather, what the Pope is promoting is "the social doctrine of the Catholic Church," which implies "the very visible hand of fraternity, solidarity and the common good."

Well, how do that "very visible hand" differ from the heavy hand of socialism, backed by the strong arm of government? Easy, you just call it "Catholic" — it even has an imprimatur!

Francis called for 'a special legally constituted authority' like the United Nations that could facilitate what he called 'supranational common good' — an undoubtedly secular one at that.

And how to achieve this equality? "Solidarity," Pope Francis answers. And it "must be lived as the decision to restore to the poor what belongs to them."

But wait, how are we to give to the poor what was never theirs in the first place? The answer comes from Pierre-Joseph Proudhon, Karl Marx's contemporary, and his fierce competitor in the intellectual battlefield that flourished among the budding socialists of the 1840s.

"Property is theft," Proudhon exclaimed — ah, it was stolen from the poor. So it was theirs, after all! And you have a right to be as mad as Alexandria Ocasio-Cortez because you've been robbed, and you aren't going to take it anymore! That's how socialists sell their message: by fanning the deadly sin of envy, the sin of Satan and the engine of socialism.

Then why sell socialism if you know it won't work? Well, it really doesn't matter if it doesn't work.

"What socialism, fascism and other ideologies of the left have in common is an assumption that some very wise people — like themselves — need to take decisions out of the hands of lesser people, like the rest of us, and impose those decisions by government fiat," Sowell writes.

So it's not "justice" — not even social justice — that matters; it's power, government power.

And what kind of government? Pope Francis answered when he spoke recently to the Pontifical Academy of Social Sciences. He called for "a special legally constituted authority" like the United Nations that could facilitate what he called "supranational common good" — an undoubtedly secular one at that.

The Holy Father was endorsing a goal that the Socialist International has advocated for decades — and yet, he is "not a socialist."

Well, Cardinal Turkson has a difficult task indeed. He complains that "every time he goes to the United States, the Pope's social agenda is misinterpreted as adopting either a socialist or communist approach to the economy."

If inequality of income is the greatest social evil, isn't that rank materialism? What happened to sin?

"So few should not have so much, and I think that's what the Pope is talking about," he said, stoking envy with anger and resentment at every opportunity.

Not incidentally, since that interview, Fr. Rosica has been exposed as a notorious serial plagiarist. And note just what it is that plagiarizers do: they steal what others have created and call it their own.

Well, isn't that's what socialists do? They take what belongs to someone else and "redistribute it," always keeping a goodly portion for themselves.

Plagiarism is theft, and so is socialism.

Clearly, Cardinal Turkson is upset that many Americans still oppose socialism, even if it's delivered in a Catholic wrapper. And Pope Francis might be upset too. He trims his socialist sails now and then, to calm the waters and muddy them as well.

"I'm a conservative," he recently insisted in an extensive interview.

So can Catholics be socialists? Yes, as long as we call it "Catholic."

But there's one more nagging question. If inequality of income is the greatest social evil, isn't that rank materialism? What happened to sin? 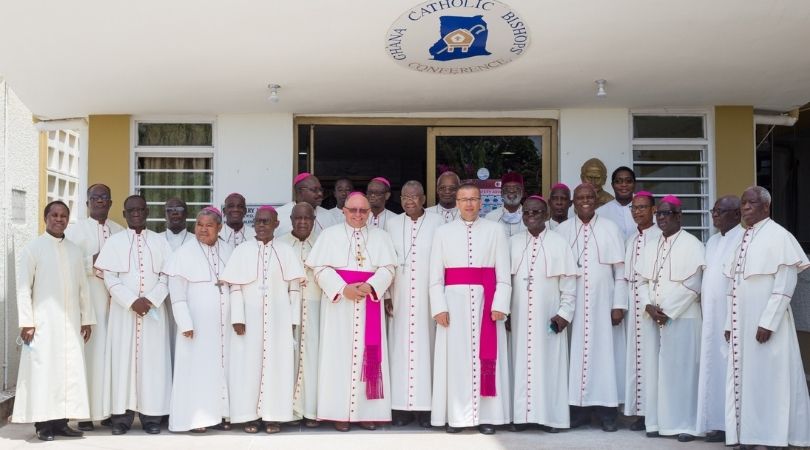