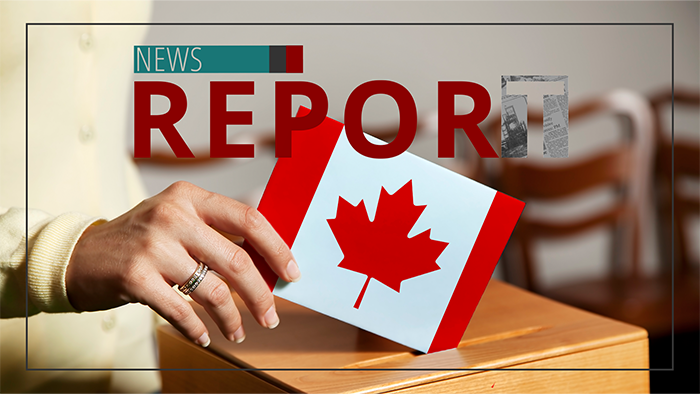 A chance to unseat Trudeau

Canadians could soon alter their nation's current totalitarian course, depending on the outcome of Monday's federal election. Growing frustrations among voters could cause Prime Minister Justin Trudeau's call for a snap election to backfire. In tonight's In-Depth Report, Church Militant's Kim Tisor explores the choice before our northern neighbors.

Prime minister and fake Catholic Justin Trudeau called for a federal election two years early, hoping to capitalize on his government's handling of the pandemic and secure a majority for his Liberal Party in Parliament.

Trudeau's massive spending to support families and business owners during the pandemic was viewed favorably but created a national debt of more than $785 billion (U.S. dollars) and pushed budget deficits to highs not seen since World War II.

Canadian prime minister Justin Trudeau: "We're going to make sure that people who choose not to get vaccinated don't get to get on a plane or train. They don't get to work in the public service, don't get to go to movie theaters or gyms or restaurants and other non-essential services."

The current prime minister fought to legalize assisted dying beginning in 2000. The country's Parliament legalized assisted suicide in 2016, one year after Trudeau gained power. And earlier this year, Parliament expanded who is eligible to die under Canada's medical-assistance-in-dying law.

Canadian citizen: "As a Canadian, I believe that it is my choice when to die. Not someone else's."

Trudeau's main opponent is Conservative Party leader Erin O'Toole. O'Toole, a Catholic who calls himself pro-choice, has proposed an alternative approach to mandatory vaccines that includes rapid testing for the unvaccinated.

According to polling research firm Leger, Trudeau and O'Toole are neck and neck, and fewer Canadians believe the Liberal Party of Canada will remain in power. That trend will only become a reality if Canadians who reject tyranny take initiative Monday and vote.

Nearly 40% of Canadians are Catholic. It's worth noting that in America's 2020 election, Catholics were split down the middle with only half giving their vote to Trump. It's imperative that Canadian Catholics fight for freedom Monday at the polls.