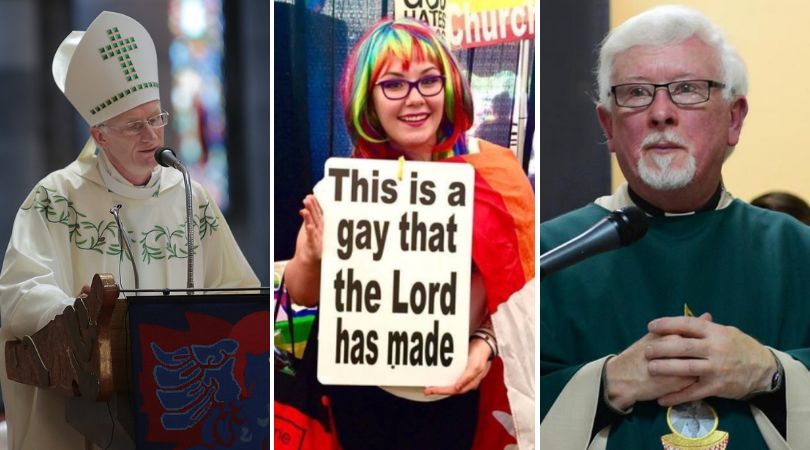 Openly gay politician quotes Pope Francis' dictum 'Who am I to judge?'

KILLARNEY, Ireland (ChurchMilitant.com) -  A faithful priest is striking back against his bishop after the prelate capitulated to a media lynch mob and canceled the priest for preaching against homosexuality, transgenderism and abortion.

Appearing in radio interviews hosted by Ireland's national broadcaster on the Feast of All Souls, Fr. Sean Sheehy said he was standing by his sermon "because it's based on the Scriptures and the teaching of the Church."

Senior Irish politicians, including openly homosexual former Prime Minister Leo Varadkar, who identifies as "not religious," quoted Pope Francis in their condemnation of the priest's sermon and demanded an apology from the outspoken priest.

"As Pope Francis said, 'Who are we to judge?' As the Bible says, 'Judge not lest you be judged. We are all God's children," Varadkar's spokesman said in a statement from the politician, currently serving as Ireland's deputy prime minister or tánaiste.

"The tánaiste does not believe that gay people will go to Hell for being who they are, nor does he believe that any man or woman can make such a judgment," the spokesman for Varadkar, who is in a same-sex relationship with Matt Barrett, maintained.

The priest shows fortitude and honesty, while the bishop shows abject cowardice.

When asked on the Kerry Today show if politicians who are homosexual and legislate for same-sex marriage would go to Hell, Fr. Sheehy responded, "Absolutely, if they don't repent on [sic] sin and seek forgiveness."

Asked if he planned to apologize, Fr. Sheehy replied, "Not at all! Why would I apologize for the truth? My answer basically is that I'm giving the teaching of the Scriptures and the Church regarding homosexual sexual relationships: That they're sinful, and that's it."

Speaking to Church Militant, Hermann Kelly, founder and president of the Irish Freedom Party, praised Sheehy for "merely stating what the Church has always taught, no more and no less."

"The priest shows fortitude and honesty, while the bishop shows abject cowardice and a pathetic desire to get a pat on the head from anti-Christian bigots," Kelly said.

"I hope and pray other Catholics will praise and emulate his courage in the face of aggressive secularism and post-Vatican II compromise with those activists who hate Christ and all his Church has always stood for," the author of Kathy's Real Story: A Culture of False Allegations Exposed, urged.

I know that what I said cannot be disproven by any honest-to-God Catholic, Christian or Catholic teaching.

"The tánaiste profoundly disagrees with Fr. Sheehy's views. However, he respects his right to express his religious beliefs freely," Varadkar's spokesman clarified.

Confirming that the bishop of Kerry, Ray Browne, had suspended him from celebrating Mass, Sheehy told Radio Kerry: "I couldn't care less really, because I know myself that what I said cannot be disproven by any honest-to-God Catholic, Christian or Catholic teaching."

The retired priest slammed Bp. Browne for "sacrificing" and "muzzling the truth" to "appease people because they don't want to face the reality that they need to face before they die." The bishop was "totally wrong" to apologize for the sermon, Sheehy added.

The priest's mention of the Catechism of the Catholic Church has reignited a fierce controversy over the description of the homosexual "inclination" as "objectively disordered."

"Basing itself on Sacred Scripture, which presents homosexual acts as acts of grave depravity, tradition has always declared that "homosexual acts are intrinsically disordered,"  and "are contrary to the natural law," the catechism categorically states.

The founder of the Frankl Society of Ireland, psychoanalyst Dr. Stephen Costello, attacked the catechism by claiming it was "about 200 years out of date."

Don't call yourself a Catholic if you support abortion, gay marriage and premarital sex.

"I'm sorry but Fr. Sheehy is correct. The catechism and Bible are incredibly brutal. Don't call yourself a Catholic if you support abortion, gay marriage and premarital sex. I'm an atheist," tweeted Aisling Boyhan, a mechanical engineering student.

"As an atheist, I fully support Fr. Sheehy in respect of what the Catholic Church teaches. He's standing by the catechism and biblical teachings," Boyhan added, responding to Sheehy's interview on Liveline. "Happy to attack a priest, wonder would they do the same with an imam."

"Hopefully our bishop will tell us where Fr. Sheehy got it wrong and help clear up the confusion over the Catechism of the Catholic Church," Alan Whelan, a parishioner from the Kerry diocese, asked.

Meanwhile, the Irish Catholic and cofounder of The Conservative Woman, Laura Perrins, blasted Bp. Browne for his "cowardice" in "appeasing the atheists" and "appeasing the Catholic haters on Twitter."

"Do not be under any doubt as to the seriousness of what the bishop has done here," Perrins wrote. "It is one thing to be condemned by the Irish Times, or RTE or the folks on Twitter, but for a priest to be canceled by his own bishop for warning his flock about sinful behavior is a disaster."

"What this means, is that other priests have been put on notice that they are not to condemn sin. They are not to call out behavior that risks your soul. The bishop is happy to just leave the faithful to it, risking even more souls," Perrins added.

Not a single priest in Ireland has publicly come to the defense of Fr. Sheehy. Father Tim Hazelwood from the heretical Association of Catholic Priests said the faithful priest "had no regard for the families that were sitting in the pews," or "for people who would have gay or transgender members and their families."

The majority of priests are absolutely appalled.

"The majority of priests are absolutely appalled" by the homily, Fr. Hazelwood told the Irish Independent. "He puts himself in the position of God to make judgments."

Bishop Browne apologized on the Feast of All Saints to "all who were offended" for "the deep upset and hurt caused by the contents of the homilies in question delivered over the weekend," by Fr. Sean Sheehy at the 11:30 a.m. Mass on Sunday.

"The views expressed do not represent the Christian position," Bp. Kerry wrote in a "statement issued on behalf of the diocese of Kerry regarding the offending homilies."

During his sermon at St. Mary's Church in Listowel, Fr. Sheehy used the category of "mortal sin" to warn against "the promotion of abortion," the "promotion of sex between two men or two women" and the "lunatic approach of transgenderism."

Sheehy, a retired priest filling in for Fr. Declan O'Connor, urged parishioners to seek the lost and tell them that "God loves you. He has come to call sinners, but He wants you to have life and have it to the full because that's what He wants," Church Militant reported. 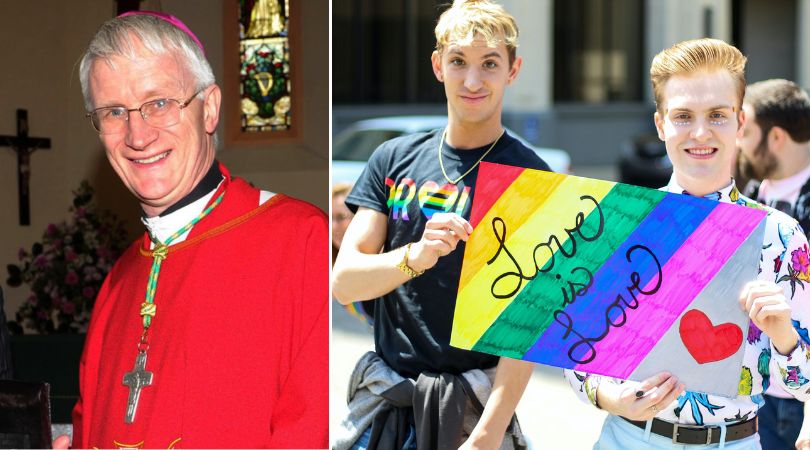 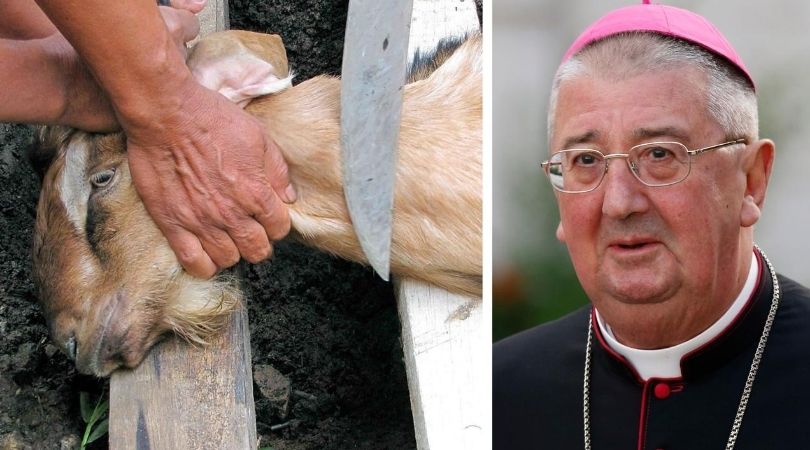