Part I: The crimes of abuse of power and negligence in office

June 20, 2018 is a day that will live in infamy, when the archdiocese of New York publicly announced that the Vatican secretary of state, at the direction of Pope Francis, had instructed Cdl. Theodore McCarrick that he was no longer to exercise publicly his priestly ministry due to a credible allegation of sexual abuse against him having been received.

On July 28, the Holy See announced that McCarrick had resigned his membership in the College of Cardinals, that he was going to be prosecuted and that he was to live a life of prayer and penance while awaiting a verdict for his alleged crimes. Since then, everything has changed for the American Catholic Church. Everything will change for the entire global Catholic Church.

This is but the first part of a series of articles that will be rolled out by Church Militant examining the various elements of the canonical prosecution of bishops and high prelates in the Roman Catholic Church for the canonical crimes they have committed in this entire shameful affair.

The following are the applicable statutes of the Code of Canon Law:

Can. 1389 §1. A person who abuses an ecclesiastical power or office is to be punished according to the gravity of the act or omission, not excluding privation of office, unless a law or precept has already established the penalty for this abuse.

§2. A person who through culpable negligence illegitimately places or omits an act of ecclesiastical power, ministry, or office with harm to another is to be punished with a just penalty.

In layman's terms, paragraph no. 1 sanctions the deliberate abuse of the power or office (executive, legislative or judicial) for all those cases not otherwise proscribed by the Code. For example, a diocesan bishop, rather than using unrestricted diocesan monies to alleviate urgent diocesan needs (e.g. parish church repairs) decides to build a multi-million-dollar mansion with all the trimmings for his own greater comfort, but this at the expense of having to close those same churches or schools, etc.

Paragraph no. 2, on the other hand, punishes acts or omissions of ecclesiastical power, ministry, or function illegitimately committed through "culpable negligence" that occasions harm to another. This is the only statute in the entire Code that sanctions any act or omission occurring just through the culpable negligence (culpa) and not malice (dolus) as is required by the penal canon law of the Church for the commission of any other delict.

One leading commentator on the Code provides this explanation: "For example, an ordinary may neglect to conduct a preliminary investigation of an alleged delict (c. 1717). This may damage its possible victims and perhaps the Church itself" (Thomas Green).

"Cover-up" of child and seminarian molesters and failing to protect the faithful of one's diocese from them falls under this statute and should be applied to the maximum of its power by the Holy See in adjudicating matters pertaining to cardinals and bishops to which judgment of crimes is reserved.

Explicit and severe penalties in proportion to their crimes were all too readily eviscerated from the Code of Canon Law under the guise of mankind having acquired a greater understanding of the human psyche and social justice.

What kind of penalties, one may ask, does the Church envision for those bishops found guilty of either of these crimes? Prior to the French Revolution and the fall of the Papal States, apart from excommunication, degradation, reduction to the lay state, deprivation of office and all benefices, it did happen that a cardinal, bishop or other cleric, after due process having been afforded to him through regular trial, was decapitated, thrown into secular jail or condemned to serve a lifetime of prayer in penance with only bread and water in a foreboding monastery.

Gradually, with the advent of the first and reformed codes, explicit and severe penalties in proportion to their crimes were all too readily eviscerated from the Code of Canon Law under the guise of mankind having acquired a greater understanding of the human psyche and social justice.

Today, both delicts punished by canon 1389, §§ 1–2 require, upon a finding of guilt on the part of the accused, mandatory but indeterminate imposed punishment (ferendae sententiae), not excluding privation of episcopal or other high office in proportion to the crime.

The mere acceptance by the Roman Pontiff of resignation from office, tendered by cardinals like McCarrick, Wuerl and increasingly others who have fallen under the darkest clouds of suspicion for malfeasance or grave negligence in office with harm to others, should not be permissible.

To the contrary, such resignations should be refused them across the board, judicial penal canonical trials should be held according to the norms of applicable law and real penalties like those of removal, public degradation (the stripping away of ecclesiastical robes of office), confiscation of all personal property and bank accounts with proceeds redirected to victims and imprisonment or perpetual consignment to a Carthusian monastery should be meted out just as they were in the old days. 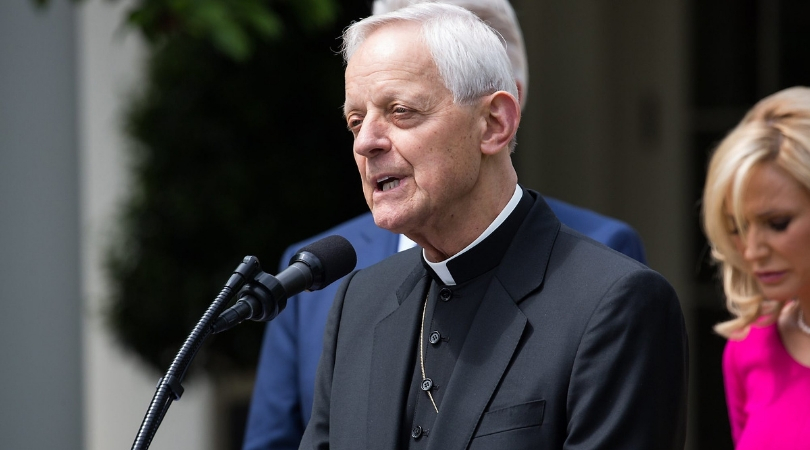 Getting Away With Murder: Bishops Using Loophole to Evade Justice
By Church Militant   •   0
Watch
Vatican Nixes Intercommunion
By Stephen Wynne   •   0