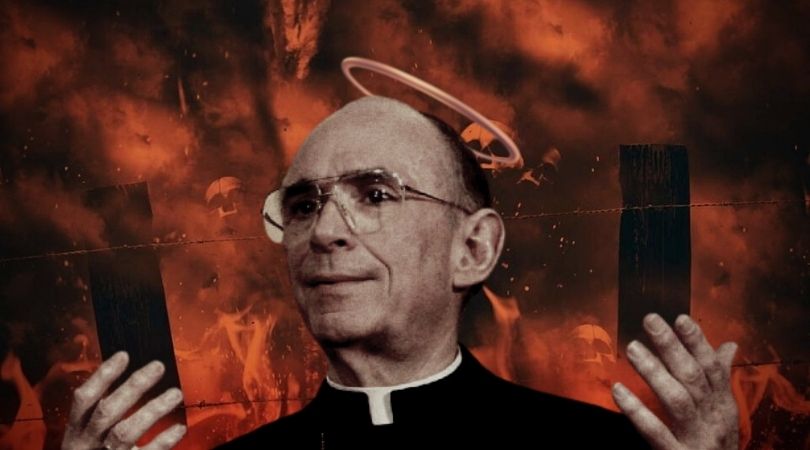 To the horror of victims and the faithful

On Nov. 1, Cdl. Blase Cupich has arranged a "canonization" ceremony of sorts for the former cardinal archbishop of Chicago Joseph Bernardin, who this coming Nov. 14 will have been dead for 25 years.

The event, scheduled at Holy Name Cathedral in Chicago, is advertised by Cdl. Cupich as aiming "to commemorate Cdl. Bernardin's contribution to the Church and to civic life."

I wrote about this event previously, in a piece published in September.

Five men — including Cdl. Cupich — will give testimonials of sorts to Bernardin's legacy beginning at 7 p.m. on the Solemnity of All Saints.

Normally on All Saints' Day at Holy Name Cathedral there would have been an evening Mass for workers to attend, but no bother. Part of Bernardin's real legacy is the "new understanding" that when obligatory solemnities fall on either a Friday or a Monday, they are no longer obligatory, but transferred to the nearest Sunday.

The real legacy of Bernardin should include how the once-great archdiocese of Chicago is now just a decimated Church, a ruin of its former self with dozens of formerly strong parishes in Chicago's neighborhoods now shuttered. And even more tragic than this are the hundreds of thousands of Chicago's former Catholics having just walked away from the Church outright. Bernardin's true legacy is far from golden. It is demonic!

Bernardin's true legacy is far from golden. It is demonic!

Stephen Brady, the founder and president of Roman Catholic Faithful (RCF), upon hearing of this upcoming Bernardin ceremony by Cupich, shared with Church Militant his poignant reflection:

One thing I think is so important to keep in mind when talking about Bernardin's legacy is that any man who tries to canonize the deceased Cdl. Bernardin should be looked at very closely in his own personal life. He is one suspect man in my mind and most likely a member of the Church's lavender mafia.

I first came into contact with Cdl. Bernardin about a year and a half before his death. I contacted Bernardin as the metropolitan in the state of Illinois, with respect to multiple allegations of homosexual predation by Springfield's then-ordinary Daniel Ryan. Under the Church's canons, the Metropolitan of a see has responsibilities to govern and discipline, if necessary, bishops and priests under his jurisdiction.

Back in the mid-'90s RCF documented that Ryan had raped multiple teenage boys, coerced other priests into sexual relationships and promoted heretical understandings of the Faith. At one point I drove to Chicago and presented a copy of a 540-page file to Bernardin, and made it clear to him that this document should be forwarded as well to the U.S. Conference of Catholic Bishops.

Bernardin's response to the massive document and the findings of RCF floored me. He said point-blank, as the man who should have had an interest in dealing with the problems documented as metropolitan, "I don't want to get involved. It's your matter!"

RCF and the contents of 540 pages of homosexual predation on the part of an Illinois bishop and priests, were blatantly ignored by Bernardin. He did not lift a finger to stop any abuse whatsoever. This is Bernardin's real legacy — and it's black.

Church Militant this past week reached out to another man intimately familiar with the real Cdl. Bernardin — as compared to the purported saint of Chicago. As reported in June 2019 by Church Militant, the former cardinal Theodore McCarrick had arranged back in the '70s a rendezvous between himself, Cdl. Bernardin and the young James Grein at a private resort in Lake Geneva, Wisconsin.

Bernardin's homosexual predation upon the young Grein — set up as it was by McCarrick — is not the material for a man's canonization. But cardinals like Cupich blatantly ignore evidence like this.

James Grein this week offered these remarks to all those men continuing to eulogize Bernardin's virtues.

What more do we need to prove? Cardinal Cupich, are you listening? As your boss says: "Shame on you!" No man — no priest, bishop, cardinal of the Catholic Church — can be deemed a saint as long as children are abused across the world. ... Cardinal Bernadin is not a saint. He is connected to Mr. McCarrick and all other serial abuser predators [who are] residing in Dittmer [the Missouri town where McCarrick currently lives] or are gone from God's Holy Earth. ... Bernadin is not a saint; he commanded the continued abuse by priests in Chicago, Cincinnati and his named schools.

As so eloquently stated by two men very familiar with the true legacy of Cdl. Bernardin, Cupich should be offering a Mass on All Saints' Day for the Church's true saints — and in this Mass offering up prayers of reparation for all the victims of clerical abuse. He should let die once and for all the false notion that the now long-dead Cdl. Bernardin was saintly. He was, if anything, a devil in sheep's clothing! Or perhaps I should say "in shepherd's clothing." 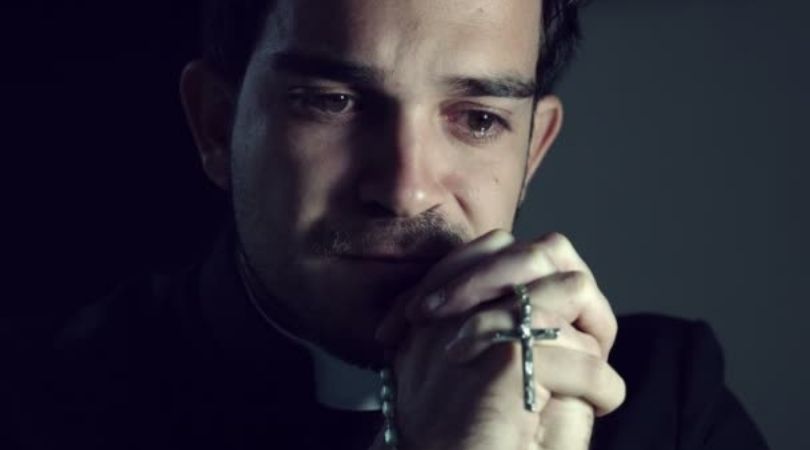