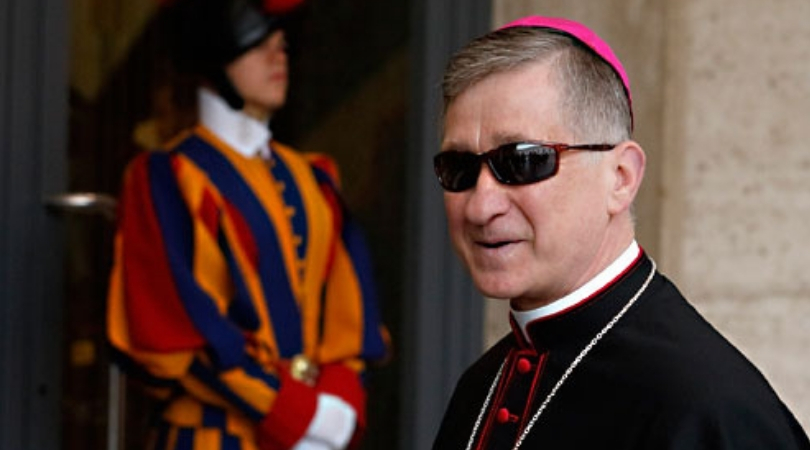 Farrakhan has been a lightning rod for negative publicity for decades, most significantly for his viciously anti-Semitic comments. It is these expressions that most recently resulted in Instagram and Facebook permanently banning him.

It was his banning from the social media platforms that prompted Fr. Pfleger to invite Farrakhan to speak at St. Sabina. The Chicago diocese distanced itself from the event, but did little else to condemn the profound anti-Semitism prevalent throughout Farrakhan's public expressions.

"This wasn't something that was coordinated with the archdiocese, this is not an archdiocese sponsored event, the cardinal has made his clear his full support of the first amendment but that that comes with great responsibilities," said Chicago archdiocese spokesperson Phil Andrew.

In a statement, Cupich remarked:

Without consulting me, Fr. Michael Pfleger invited Minister Louis Farrakhan to speak at St. Sabina Church in response to Facebook's decision to ban him from its platforms. Minister Farrakhan could have taken the opportunity to deliver a unifying message of God's love for all his children. Instead, he repeatedly smeared the Jewish people, using a combination of thinly veiled discriminatory rhetoric and outright slander. He suggested that "Talmudic thought" sanctioned pedophilia and misogyny. He referred to Jewish people as "satanic," asserting that he was sent by God to separate the "good Jews" from the "satanic Jews."

Such statements shock the conscience. People of faith are called to live as signs of God's love for the whole human family, not to demonize any of its members. This is all the more true of religious leaders, who have a sacred duty never to leverage the legitimacy of their ministry to heap blame upon a group of persons, and never to deploy inflammatory rhetoric, long proven to incite violence. Antisemitic rhetoric — discriminatory invective of any kind — has no place in American public life, let alone in a Catholic church. I apologize to my Jewish brothers and sisters, whose friendship I treasure, from whom I learn so much, and whose covenant with God remains eternal.

I encourage Fr. Pfleger to accept the invitation of the Illinois Holocaust Museum and Education Center to meet with their leadership and dialogue with survivors. And I pledge to continue our work with our city's religious leaders and all people of good will to promote tolerance, respect, and nonviolence. As the Reverend Dr. Martin Luther King, Jr. said, "Hate is too great a burden to bear."

The radical disparity between the punishments for Kalchik and Pfleger hasn't been explained by the Chicago archdiocese, but it smacks of a certain sympathy toward Chicago's homosexual community despite the sacrilege of displaying iconography of the holy cross with the same-sex imagery of the rainbow flag, which is determinedly antithetical to Catholic teaching.

Burning the flag in a parking lot in a quiet, sparsely attended exorcism ceremony seems relatively mild compared to granting a well-known anti-Semite the bully pulpit of a Catholic sacred space to spew his hatred. 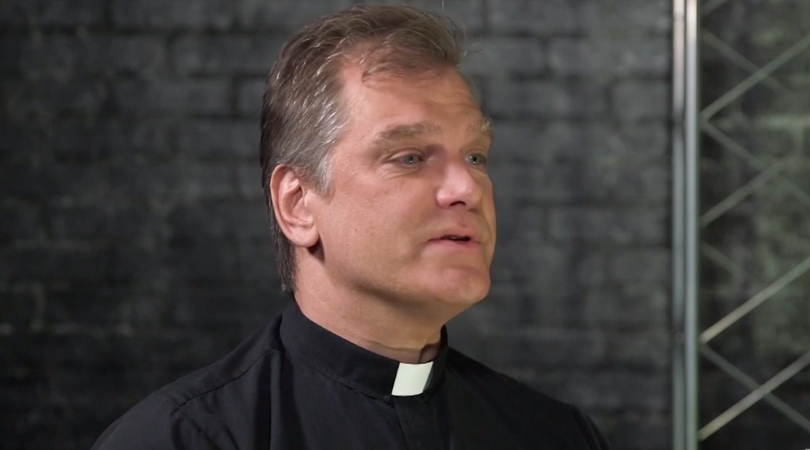