In a video message to German-language media, Cdl. Walter Brandmüller is reaffirming the contents of his open letter to the bishops taking part in the Vatican's sex abuse synod.
The letter, co-authored by Cdl. Raymond Burke, was published Tuesday, the two cardinals lamenting that the difficulties regarding priestly abuse is being reduced to the abuse of minors only. While acknowledging that it is part of the problem, it's "only part of a much greater crisis":

The plague of the homosexual agenda has been spread within the Church, promoted by organized networks and protected by a climate of complicity and a conspiracy of silence. The roots of this phenomenon are clearly found in that atmosphere of materialism, of relativism and of hedonism, in which the existence of an absolute moral law, that is without exceptions, is openly called into question.

Both Brandmüller and Burke were signatories of the dubia in 2016, presented to Pope Francis to clarify certain points of faith and morals that had been called into question in the wake of the publication of Amoris laetitia, the pope's apostolic exhortation that that seemed to allow the reception of Holy Communion by civilly remarried Catholics, contrary to longstanding Catholic teaching and discipline.
The cardinals allude to that in their recent letter: "[T]hose dubia have not only not had any response but are part of a more general crisis of the Faith."
The Meeting for the Protection of Minors in the Church is set to start on Thursday, with participants scheduled to come together each day for three days, with Mass on Sunday morning ending the meeting. Pope Francis himself, who proposed the meeting last fall, will be present throughout. The agenda lists the opening talk to be given by Pope Francis, as well as presentations by high-ranking prelates and laypeople.
The speakers' list has come under criticism for featuring liberal prelates likd Cdl. Reinhard Marx of Munich and Cdl. Luis Tagle of Manila, in addition to Chicago's Cdl. Blase Cupich, among others. Cupich's presentation will focus on "synodality" — a topic that has left some Catholics wondering about its relevance, as it doesn't seem directly to address the crisis of sex abuse in the Church.
As Church Militant reported Tuesday, Cupich "has refused to name homosexuality as a contributing factor to priestly sex abuse, in spite of the fact that 80 percent of all clerical abuse is male-on-male assault of post-adolescent teens. He instead blames ‘clericalism’ — a mantra that Pope Francis has repeated."

At Press Conference Conference for the Vatican's upcoming sexual abuse summit, @deliacnn raises Frédéric Martel's book and asks about the hypothesis that sexual abuse in the Church was covered up because Bishops themselves were comprised by there own illicit sexual behavior pic.twitter.com/TOsC7bnKFB

Leading up to the sex abuse summit, Cupich "rejected the existence of a homosexual network that protects its own with regard to abuse, responding to CNN reporter Delia Gallagher's question that such an idea is merely a 'hypothesis' that's yet to be proven."
Bishop Joseph Strickland of Tyler, Texas, has come out in support of Cardinals Brandmüller and Burke. One of the most vocal American prelates in recent months, he linked to their open letter and tweeted, "Let us pray that the Summit speaks of the truth of the whole Deposit of Faith and breaks the silence of confusion and doubt. Jesus Christ is Lord ... the Way, the Truth and the Life." 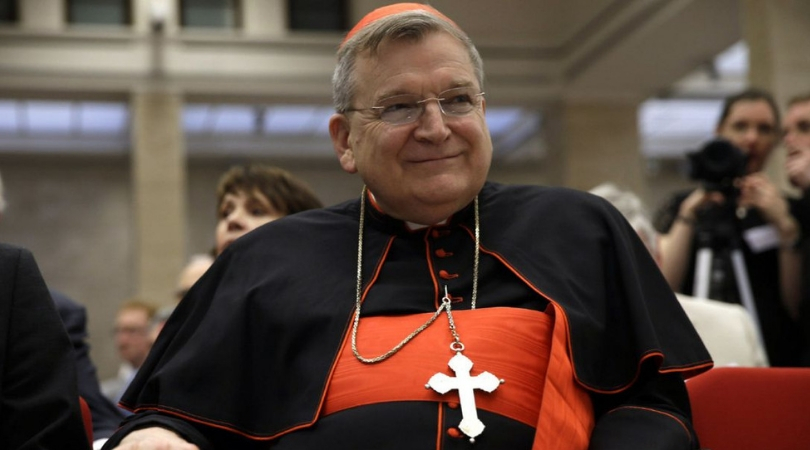 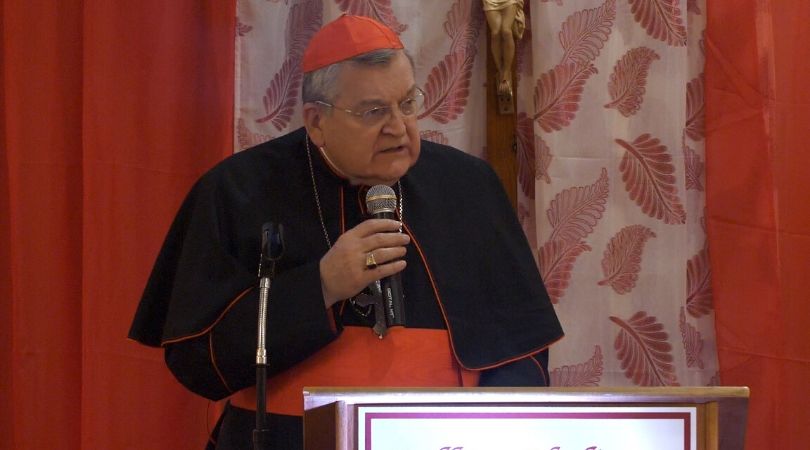 Cdl. Burke: ‘See of Peter Appears to Favor the Confusion’
By Christine Niles   •   0