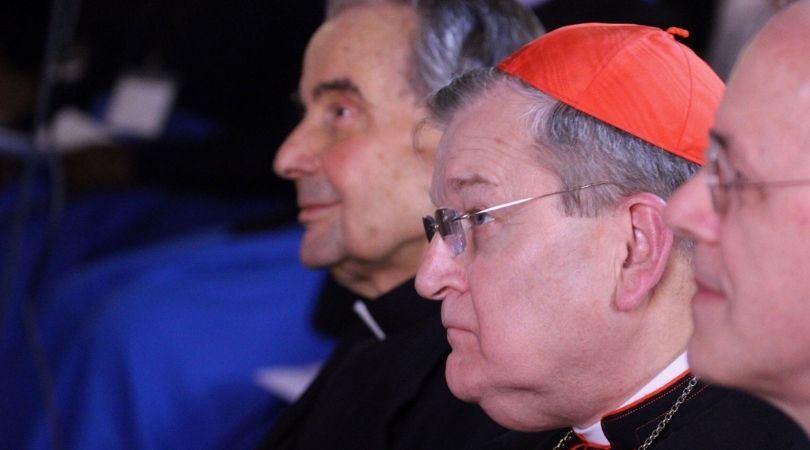 Burke and Schneider are joined by another cardinal and two archbishops take another step in assisting the papal magisterium by issuing an eight-page document on Monday titled "Declaration of the truths relating to some of the most common errors in the life of the Church of our time." It affirms Church teaching on 40 Catholic truths including the following:

This was not considered a formal correction for Pope Francis but an aid as the prelates state in their "explanatory note" issued with the declaration.
"A common voice of the Shepherds and the faithful through a precise declaration of the truths will be without any doubt an efficient means of a fraternal and filial aid for the Supreme Pontiff in the current extraordinary situation of a general doctrinal confusion and disorientation in the life of the Church," write the prelates.
Many Catholics have been waiting for a more direct correction, especially from Cdl. Burke since he and three others issued the famous dubia following the confusion in the wake of the apostolic exhortation Amoris Laetitia issued in 2016 by Pope Francis.
Burke explained to The Wanderer in 2017 that the steps leading up to a formal correction of the Pope would include a statement on the Faith seemingly much like the one he and the four other prelates just penned.

"It seems to me that the essence of the correction is quite simple," Burke explained. "On the one hand, one sets forth the clear teaching of the Church; on the other hand, what is actually being taught by the Roman Pontiff is stated. If there is a contradiction, the Roman Pontiff is called to conform his own teaching in obedience to Christ and the Magisterium of the Church."

Burke and company seem to have just set forth the "clear teaching of the Church" in the above declaration. What is anticipated then, would be a future juxtaposition of these clear teachings with the seemingly confused statements issued by the current papal magisterium.