DETROIT (ChurchMilitant.com) - His Eminence Cdl. Raymond Burke is admitting there is apostasy in the Church, and is laying blame squarely at the feet of Church leaders. He also makes a direct call for Pope Francis to restore unity to a divided and fractured Church.

In a recent interview with The Wanderer, the former prefect of the Apostolic Signatura commented on topics like Amoris Laetitia and the dubia, the passing of Cdl. Joachim Meisner and the propagation of false mercy, among others.

When asked if the Church faces the danger of schism, Cdl. Burke spoke to the reality of the current apostasy within the Church and pastors' failure to teach the Church's hard truths:

People talk about a de facto schism. I am absolutely in opposition to any kind of formal schism — a schism can never be correct. People can, however, be living in a schismatic situation if the teaching of Christ has been abandoned. The more appropriate word would be the one Our Lady used in her message of Fatima — apostasy. There can be apostasy within the Church and this, in fact, is what is going on.

Burke continued, "In connection with the apostasy, Our Lady also referred to the failure of pastors to bring the Church to unity."

He admitted that the crisis in the Church has worsened since the publication of Amoris Laetitia, Pope Francis' apostolic exhortation on marriage and the family, a document that has led to worldwide confusion as various dioceses have disagreed on whether to open up Holy Communion to the divorced and civilly remarried — contrary to longstanding Church teaching.

Since the publication of Amoris Laetitia, I find that the situation has only worsened. I often say that priests are the ones who suffer the most; they are the ones who have direct contact with the lay faithful who approach them and ask them to do things they simply cannot do. When faithful priests explain to the people why they are unable to fulfill their requests, they are accused of going against the Pope, of going against this so-called new direction in the Church.

In this regard, Burke made an appeal to Pope Francis to restore unity. "The Pope is the principle of unity of the bishops and all the faithful. However, the Church is being torn asunder right now by confusion and division. The Holy Father must be called on to exercise his office to put an end to this," he insisted.

He went on to discuss the possibility of a formal correction of the pope if he failed to clarify confusion arising from Amoris Laetitia. "[T]he next step would be a formal declaration stating the clear teachings of the Church as set forth in the dubia," Burke explained. "Furthermore, it would be stated that these truths of the Faith are not being clearly set forth by the Roman Pontiff. In other words, instead of asking the questions as was done in the dubia, the formal correction would be stating the answers as clearly taught by the Church."

Burke reflected on the comments made by Pope Emeritus Benedict XVI at the funeral of Cdl. Meisner, one of the co-signatories of the dubia (the set of questions submitted to Pope Francis seeking clarity on Amoris Laetitia). Pope Benedict remarked, "[Cardinal Meisner] learned to let go and to live out of a deep conviction that the Lord does not abandon His Church, even if the boat has taken on so much water as to be on the verge of capsizing."

There can be apostasy within the Church and this, in fact, is what is going on.

"It is absolutely true what Pope Benedict XVI wrote of him: He was serene but also very ardent," Burke said. "I vividly recall Cdl. Meisner saying to me that we need to continue fighting for the Church and Her teaching. He possessed a wonderful combination of those two qualities of serenity and ardor."

In recent commentary in The Vortex on Benedict's remarks, Michael Voris clarified that the retired pontiff's words were directed at faithless leaders. "He accuses you of not being able to resist the dictatorship of the zeitgeist, the spirit of the age," Voris says, "and in so failing to resist, you are bringing about the destruction of souls, for a capsizing ship sends passengers and crew tumbling overboard where they drown."

In response to the now-confirmed commission to re-examine Bd. Pope Paul VI's encyclical condemning artificial birth control, Burke said, "If this teaching is not upheld, not only is there a violation of the conjugal act in its essence, but there would then be an opening for all kinds of immoral activity involving our sexual faculties while people would justify sinful genital acts."

In the July 31 episode of The Download, panelist Rodney Pelletier reminded Catholics that, even though the Birth Control Commission had advised Pope Paul VI to relax restrictions on birth control, the pope chose to reaffirm longstanding Church teaching on contraception.

The cardinal also rejected the propagation of false mercy by bishops today. "If we are not conscious of our sin and repenting of it, what does it mean to ask for God's mercy?" he asked. "Why are we asking for God's mercy if we have not sinned? So it is as simple as that. Otherwise, mercy is a meaningless term." 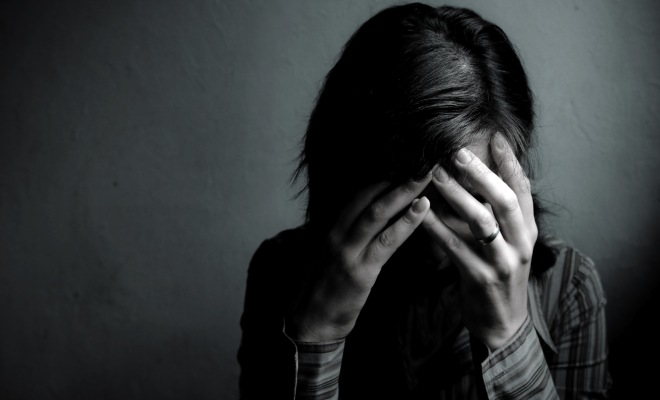