VATICAN CITY (ChurchMilitant.com) - Cardinal Raymond Burke is calling for the controversial Vatican memo banning "individual" Masses at St. Peter's Basilica to be "rescinded immediately" as it is in "direct violation of universal Church law" both in "form and content."

The prefect emeritus of the Supreme Tribunal of the Apostolic Signatura — the Catholic Church's highest judicial authority — is urging both faithful and priests to make known "their strong objection to the document" to Pope Francis and to his Secretariat of State.

Burke, who holds a doctorate in canon law from the Pontifical Gregorian University, called out the legal nullity of the Vatican memo in a statement published Saturday on his website, reiterating some of the arguments a Rome-based canonist cited earlier to Church Militant.

The memo raises "deepest concerns" not just for St. Peter's Basilica, but for "the universal Church" since the papal basilica is "the spiritual home for all Catholics, and, as such, should be a model of liturgical discipline for the particular churches," Burke argues.

The cardinal demonstrates the formal invalidity of the memo using four legal arguments.

Burke also debunks the content of the memo arguing that the stated reason for canceling Masses celebrated at the basilica's side altars by "lone" priests, i.e., "to ensure that the holy Masses in the Basilica of St. Peter's are conducted in a climate of recollection and liturgical decorum," is unfounded.

A priest never offers the Holy Mass alone, even if there is no one else physically present, for the angels and saints assist at every offering of the Holy Mass.

"This is certainly not my experience" or the experience of "many priests, resident in Rome and visitors to Rome, who have celebrated or regularly celebrate the Holy Mass at St. Peter's Basilica," Burke writes.

The cardinal also notes that forcing priests to concelebrate when they wish to offer Mass on their own in the basilica "is contrary to universal Church law" and "unjustly conditions the primary duty of the individual priest to offer the Holy Mass daily for the salvation of the world (canon 902)."

Burke further underlines the fallacy of requiring "lectors and cantors" to animate the liturgy — as stipulated by the Vatican memo, noting that it is not the purpose of the ministers of these minor offices to animate the Holy Mass.

Sources, including Curial priests who celebrate Mass regularly at the basilica's side altars, voiced to Church Militant their bemusement at the irony underlying the memo.

Christ alone, in Whose person the priest acts, animates the Sacred Liturgy.

On the one hand, Pope Francis has been fastidious to the point of fanatical in calling for social distancing and lockdown because of the fear of contracting COVID. What better way of social distancing than to celebrate individually at the basilica's 45 altars and 11 chapels? And what could be worse as a COVID superspreader than priests huddling together in a concelebration at one designation altar?

But, of course, if Pope Francis was consistent in making and following his own rules, he would never have gone off on a jaunt to Iraq endangering the lives of unprotected Iraqis who assembled in hordes without vaccinations, social distancing or, in many cases, even without masks.

He pointed out that Francis himself was unmasked much of the time while in close contact with others in Iraq.

Clergy and laity are excoriating the Vatican after the unsigned document suppressing private Masses and relegating the Traditional Latin Mass (TLM) to a single altar in the tiny underground Clementine Chapel in the basilica's grottos surfaced on social media Saturday.

Writing on his blog, Dr. Joseph Shaw, chairman of the Latin Mass Society of England and Wales, observes that the irony of the memo is that it actually targeted "individual" Masses in the New rite rather than the TLM which, "thanks to having its own rules, has actually escaped, at least in a limited way, the effects of this decree."

"The war on private Masses, which has been waged by vindictive liberal sacristans, Cathedral administrators, and the like over the decades, has now come to St. Peter's, where the practice of a millennium has apparently been brought to a halt by the stroke of a pen," Shaw writes, as a result of the "controversial theology of concelebration, a concept which came more or less out of nowhere in Vatican II."

Clergy also say they would be forced to concelebrate in Italian — which would actually prevent them and other pilgrims from active participation in the Mass and mitigate against the "hospitality" so vigorously touted by Pope Francis.

"This document needs to be walked back: it is yet another insult and assault on the priesthood and a glaring violation of ecclesial hospitality to laity who visit the church which is the common home of all believers," writes Fr. Peter Stravinskas.

"This is yet another self-inflicted wound, needlessly inflicted. 'If it ain't broke, don't fix it" — unless your goal is 'to make a mess,'" Fr. Stravinskas concludes. 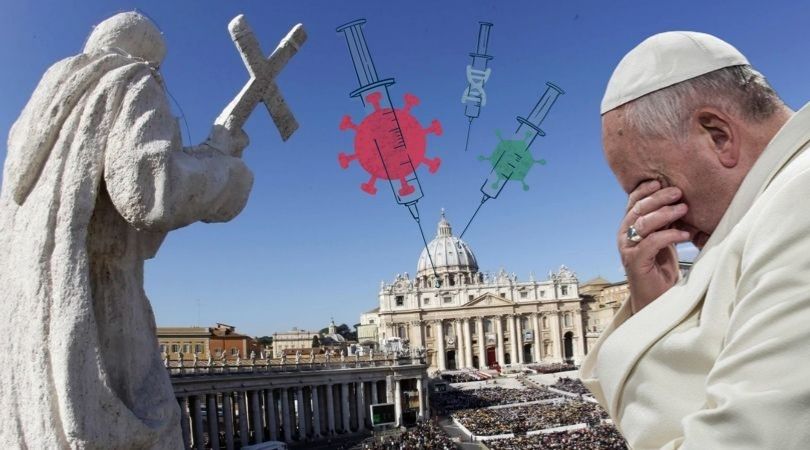