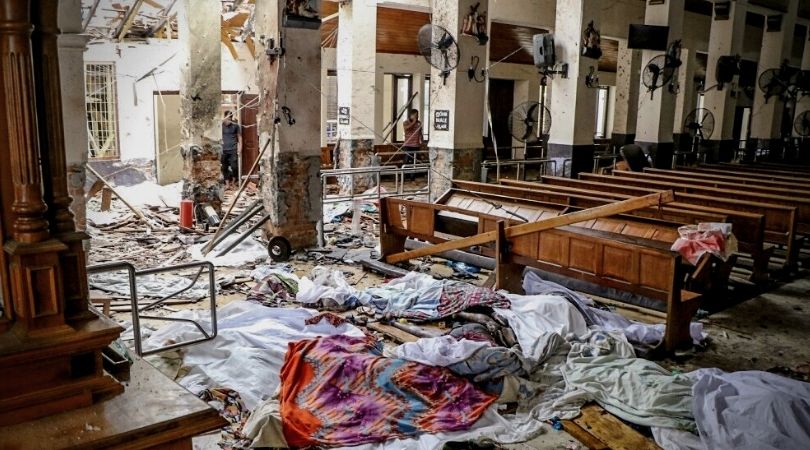 COLOMBO, Sri Lanka (ChurchMilitant.com) - A Sri Lankan cardinal is appealing to the Vatican and the United Nations to get to the bottom of the Easter Sunday bombings that rocked his country in 2019.

The archbishop of Colombo, Cdl. Malcolm Ranjith, called on the U.N. Human Rights Council to intervene in bringing to justice the masterminds of the bombings — who are still at large. Almost 300 people were killed in a coordinated attack on churches and luxury hotels across the island country three years ago.

Cardinal Ranjith argues that although the attack at first appeared to be the work of Islamic extremists, subsequent investigations indicated "this massacre was part of a grand political plot."

Despite our repeated requests — and those of civil organizations pursuing the truth — the incumbent government of Sri Lanka has failed to mete out justice for the victims. Instead of uncovering the truth behind the attack and prosecuting those responsible, there are attempts to harass and intimidate those who clamor for justice.

Over 30 months ago, on Easter Sunday, three churches were bombed within minutes of each other.

Over 100 churchgoers were massacred.

The first blast occurred in St. Anthony's Shrine, destroying the historic Catholic church in the capital of Colombo and killing over 50 people. A second blast took place in St. Sebastian's Church in Negombo (a western coastal city that's predominately Catholic), killing over 100 churchgoers.

A third detonation killed 30 people at the evangelical Zion Church in Batticaloa on the eastern side of the island. Hotels in and out of the capital city were bombed around the same time — with scores being killed.

The perpetrators of the attacks planned for and created maximum destruction, the worst in the history of the South Asian nation. The trial to bring the guilty to justice has been slow to materialize and has proceeded in fits and starts.

In November 2021, the trial began with 25 men facing over 23,000 charges, including conspiracy to murder, aiding and abetting the attacks and collecting arms and ammunition. Lawyers connected to the trial predicted it could drag on for a decade, given the scale of the charges and the thousands of witnesses involved in the case.

Al Jazeera reported that delays were caused by "housekeeping" snags, such as more time being needed for suspects to acquire legal representation. Additional time is also reportedly needed to translate court documents from the Sinhala language into Tamil (the language most of the suspects speak).

Cardinal Ranjith is challenging the government's narrative, alleging those behind the attacks are still "at large" and being hidden by the authorities. He also alleges intelligence personnel had a suspect released from police custody, judging from speeches in Parliament by legislators.

"As a result, nearly three years after the horrendous crime, we are still in the dark as to what really happened on that Easter Sunday," the cardinal said.

In late February, the cardinal met with Pope Francis in Rome to discuss how to ensure justice for the victims. The Vatican's response has not been made public.

In his appeal to the UNHRC, Cdl. Ranjith said via video:

As this is a case of a serious violation of the fundamental rights of the aggrieved victims, we earnestly call upon the UNHRC and all its member countries to support the continuation of evidence-gathering initiated by the council last year and to devise a means to ensure an impartial investigation to unravel the truth behind the Easter Sunday massacre.

The cardinal remarked last November, "We are not here to take revenge upon anyone, nor have we called for anyone's blood. But we need justice."