A petition to hold Cdl. Mahony accountable for the abuse of some 500 victims by 34 clerics under his tenure as archbishop of Los Angeles has already garnered more than 5,000 signatures. Clerical sex abuse that Mahony covered up for years has cost the archdiocese more than $600 million, causing petitioners to question Pope Francis' so-called zero-tolerance policy.

John Paul Norris, who recently launched the petition, told Church Militant that Cdl. Mahony "controls the gay mafia and he needs to go."

Norris is planning a protest on Sunday, Sept. 16 outside of Mahony's residence at St. Charles Borromeo Church in North Hollywood. He told Church Militant that one of their organizers met on Tuesday with Margaret Graf, general counsel for the archdiocese, and said Abp. José Gómez won't censor Mahony.

"Archbishop Gomez and the [LA] archdiocese are doing nothing about it," he said. "Mahony will continue to celebrate masses, sacraments and consecrate the Eucharist because he is a 'priest in good standing' (never mind 500 people that were abused under his watch)."

The widely publicized Pennsylvania grand jury report unveiled the alleged sexual abuse of some 1000 victims in six dioceses. By comparison, there were more than 500 alleged victims just in LA's archdiocese alone under Mahony's tenure as archbishop between 1985 and 2011. Bishops, such as Cdl. Donald Wuerl, are being called out for shuffling predator priests around instead of notifying law officials. Cardinal Mahony was notorious for hiding clerical sex abusers from the public and from the law but is, nonetheless, still allowed to offer the sacraments in the archdiocese.
And while people are happy that Pope Francis accepted Cdl. Theodore McCarrick's resignation from the cardinalate, they are still wondering why Cdl. Mahony hasn't been likewise demoted. Mahony, furthermore, resides at St. Charles Borromeo Church, which has a school attached.
Norris highlighted this discrepancy to Church Militant: "Mahony continues to be defiant, enjoying the power that Pope Francis has erroneously given him. He gave mass today at 3 p.m. (in Spanish) at St. Charles Borromeo. During his homily, he said that we all have to have mercy and 'forgive' ... he is just evil."

The petition, Norris said, is targeting some 300,000 Catholics in California and seeks the following measures:
Norris notes in the petition, "There is enough evidence to criminally charge one Roger Michael Mahony ... and put him behind bars." He lists in the petition the specific penal code with which Mahony is to be charged by civil authorities:

In Penal Code 32 PC, California law defines "accessory after the fact" as harboring, concealing or aiding a person whom you know has committed a felony, in order to protect him or her from arrest, trial, conviction and/or sentencing. There is no statute of limitation involving child abuse and the majority of Mahony's crimes came to light in 2013.

Pointing to the evidence detailed in the well-respected online site BishopAccountability.org, Norris says, Mahony's cover-up of sexual predators was no secret.

Mahony knowingly harbored, concealed or aided many criminals. He knew of their crimes. He knew of their victims. Instead of calling the police, he manipulated information, moved these criminals from parish to parish and allowed the crimes to continue. He directed priests to hide and leave the Los Angeles jurisdiction and the country to avoid criminal prosecution.

Facing mounting pressure for his past role in covering up alleged sexual predation by clerics under him, Mahony canceled his appearance to speak at the Catholic Cathedral in Madeleine, Utah. On Aug. 20, the diocese of Salt Lake City tweeted, "Please note, Cardinal Mahony will not be attending the annual Bishop's Dinner for the Cathedral of the Madeleine."
Mahony knowingly harbored, concealed or aided many criminals. He knew of their crimes. He knew of their victims.
In January 2013, Abp. Gómez seemingly removed Mahony from active ministry. His statement was reported in the Los Angeles Times:
"My predecessor, retired Cardinal Roger Mahony, has expressed his sorrow for his failure to fully protect young people entrusted to his care. Effective immediately, I have informed Cardinal Mahony that he will no longer have any administrative or public duties."
Three months later, Pope Francis took over in Rome and inexplicably the tone of Abp. Gómez changed. Mahony was immediately declared to be "in good standing" by the archdiocese and allowed to resume active ministry.
"We believe that Roger Mahony is the poster child of what happens to child abusers and their protectors in the Church; nothing," Norris said.
Even though Norris' petition seeks to silence Mahony, it, nevertheless, encourages other priests and bishops to speak up for the good of the faithful.

We pray for good and courageous bishops, priests and others who will speak the truth for the love of all souls. Special prayers to all the survivors of sexual abuse, especially those abused by members of the clergy. May our united action and prayers bring justice, healing, and trust back to our Catholic Church. 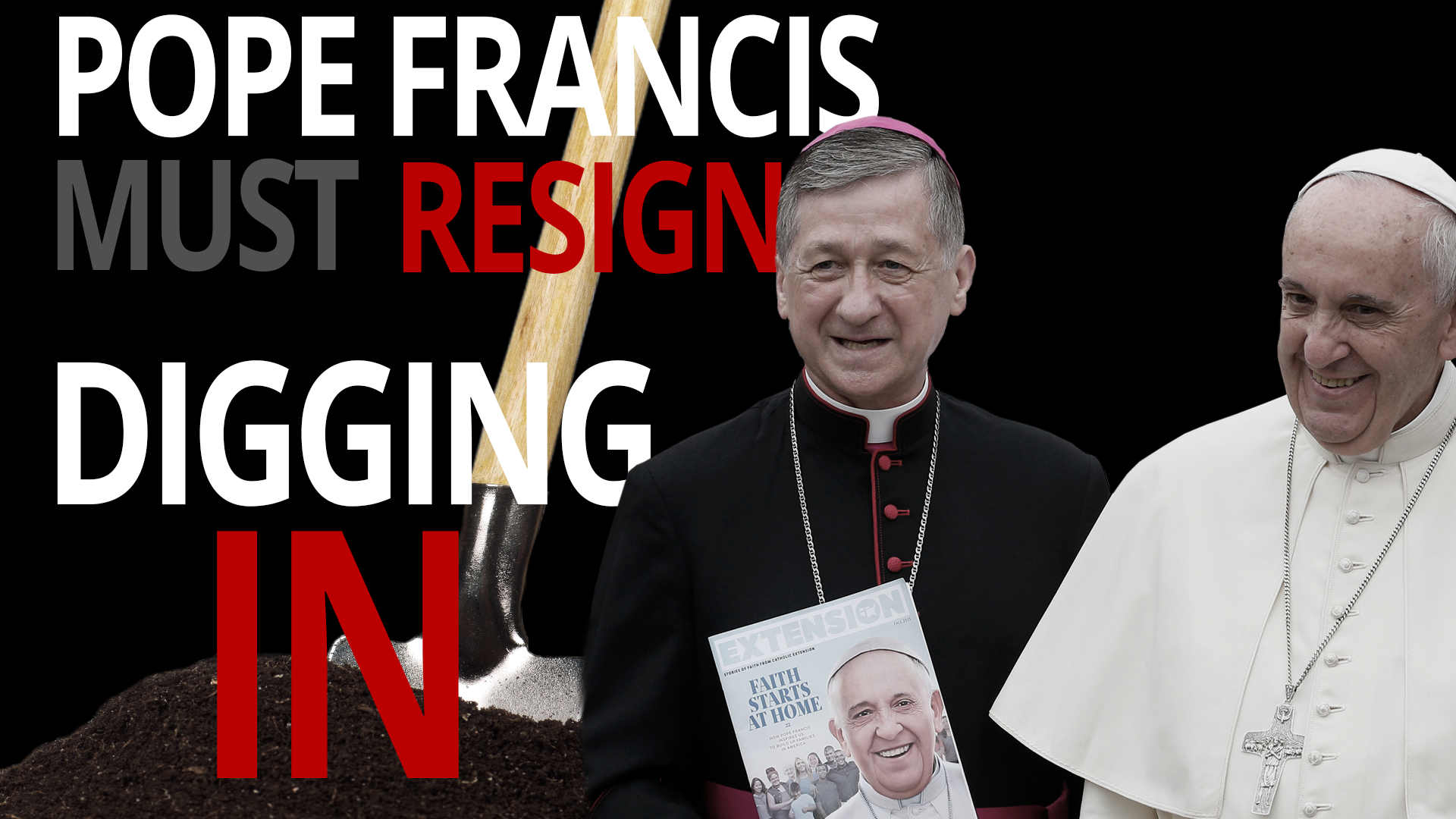