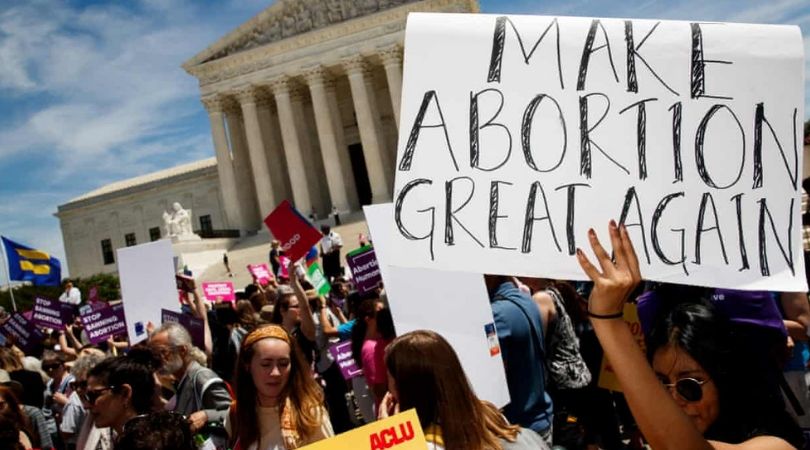 The archbishop of Durban has slammed a British newspaper for reviving the spirit of Hitler and Stalin as abortions reach the highest level ever in England and Wales.

Cardinal Wilfrid Fox Napier responded to a tweet from Nigerian-born Catholic pro-life campaigner Obianuju Ekeocha, who asked the Guardian if it "wanted to make this genocidal act great again," after it used a "Make Abortion Great Again" picture in a pro-abortion feature.

"I wonder how @guardian editors decided to use this picture for their pro-abortion piece. 'Make Abortion Great Again'? An abortion entails poisoning unborn babies, decapitating, dismembering & suctioning them out of the womb," Ekeocha, a British biomedical scientist, tweeted.

I wonder how @guardian editors decided to use this picture for their pro-abortion piece.

An abortion entails poisoning unborn babies,decapitating ,dismembering & suctioning them out of the womb.

You want to make this genocidal act great again?�� pic.twitter.com/R0wEc7MuRe

Cardinal Napier, who has called abortion "THE hate crime of our era," replied: "How the spirit of the likes of Hitler, Stalin must be rejoicing at this total abandonment of traditional, human ethical standards & Christian morality."

On Wednesday, a day after the cardinal's comments, Britain's Department of Health and Social Care (DHSC) released figures revealing that 200,608 abortions were carried out in England and Wales in 2018, marking a record increase of 4% or 192,900 from the previous year.

Clare McCarthy from the Right to Life charity warned that "proposals from abortion campaigners to remove legal restrictions around abortion and introduce abortion right to birth would likely see these numbers get even worse."

According to the report, 17.4 per 1,000 women in England and Wales had an abortion in 2018, an increase from 16.7 per 1,000 women in 2017. The number of unborn babies of non-resident women aborted increased to 4,687, and most were carried on women traveling from Northern Ireland and the Irish Republic.

"The fact that the abortion rate for women 35 or over has increased again since last year raises big questions about the pressures of modern life. The instability of cohabitation and the intense pressure for couples to maintain two incomes are taking a heavy price," Nola Leach, chief executive at Christian Action Research and Education, told The Telegraph.

These are very telling numbers that indicate a racial disparity with regards to abortion.

A shocking 39% of women who had an abortion had one or more previous abortions, the figures showed, and single women had the highest number of abortions, amounting to four-fifths (81%) of the total. The highest percentage of women (48%) having repeat abortions were aged 30 and over.

Ekeocha told Church Militant that the black/black British abortion numbers, even though 8% of the total number of abortions, was actually "double the rate of other races in the U.K. as blacks make up only about 3–4% of the population."

"In addition, blacks in the U.K. also have the highest 'repeat' abortions — almost like serial abortions in the black communities across the U.K. These are very telling numbers that indicate a racial disparity with regards to abortion," she added.

Britain's taxpayer-funded National Health Service (NHS) funded almost all abortions, although independent bodies were performing most of these abortions.

"The proportion performed under NHS contract has increased almost every year since this information was collected in 1981," the report said.

Ekeocha also hit out at pro-abortionist Sophie Lewis, who, in a promotional video for her new book Full Surrogacy Now: Feminism Against Family, admitted: "Abortion is a form of necessary violence. We need to move away from arguments designed to placate our enemies, and defend abortion as a right to stop doing gestational work."

Calling Lewis' statement "a rare glimpse of the mindset of the pro-abortion movement," Ekeocha told Church Militant that what the West was seeing "at this point in time is nothing short of extremism on the issue of abortion."

She added: "The proponents of abortion are pushing their anti-life agenda while ignoring all the scientific and medical advancements that show, in detail, the humanity of unborn babies."