Cardinal Pell Felled by Abuse Claims — But Are They Credible?

There are sound reasons to question the verdict

By an Australian correspondent in Sydney

Cardinal George Pell, formerly the pope's right-hand man for Vatican finances and the face of the Catholic Church in Australia, has been convicted of abusing two choir boys when he was archbishop of Melbourne in the 1990s.

Pell has categorically denied the allegations.

Although this is the biggest news story in Australia, it is not on the front page of a single newspaper here. The state of Victoria, where Pell was tried, has imposed a suppression order that bans all reporting and comment. So Australians are resorting to overseas websites and Twitter for news.

Although this is the biggest news story in Australia, it is not on the front page of a single newspaper here.

The full-page headline in The Daily Telegraph, of Sydney, one of Australia's biggest newspapers, was "It's the Nation's Biggest Story" — "yet we can't publish it." So there are no facts to discuss — other than the brutal fact that a cardinal has been convicted in a court of law for abusing boys. Who, when, where, how, why are all matters of surmise.

This is a terrible blow to the prestige of the Catholic Church around the world. It strikes at the authority of Pope Francis, for whom Pell was a close adviser and prefect of the Holy See's Secretariat for the Economy. It is bound to erode the confidence of ordinary Catholics in the holiness of their faith and the integrity of their pastors.

I think that there are sound reasons to doubt the verdict.

But, speaking personally and with only the sketchiest knowledge of the facts because of the media gag, I think that there are sound reasons to doubt the verdict. True, the forms of due process were observed. But this time they did not deliver justice.

Here are two questions to be asked when the curtain of suppression is lifted.

First, Are the Allegations Credible?

It is alleged that the archbishop of Melbourne molested two boys inside the cathedral precincts. Pell has been accused of many things, but never stupidity. He was actively involved in creating a response to the sexual abuse crisis in 1996 despite criticism from some Australian bishops that he should wait — precisely because he thought the issue was so important. He was also being targeted by gay protesters around this time. It defies belief that a man as self-controlled as Pell would be so impetuous as to do his dirty work where he could be so easily discovered.

Nor is abuse this vile consistent with what I know of Pell's character. It is easier to believe that this tall, burly, blunt man clobbered a recalcitrant priest than that he was so sly and sacrilegious as to molest boys inside a church.

Bear in mind that this was the second time that Pell has been tried for the same crime. The first trial ended with a hung jury, which was reportedly split 10–2 in favor of acquitting him. Anything is possible, including Pell's alleged crime, but the previous jury wasn't persuaded of his guilt.

Pell's profile in Australia is probably unmatched by any cleric, of any faith, other than the pope himself. Apart from serving in the Vatican and as archbishop of Melbourne and archbishop of Sydney, the two largest cities in Australia, he was a prolific newspaper columnist, a frequent guest on radio and TV, a delegate to the Australian Constitutional Convention, at which he was an ardent republican (i.e., not a monarchist); a climate change skeptic, and a staunch defender of traditional Christian values.

Within the Church he unswervingly backed the pope and orthodoxy. This made him many enemies amongst progressive Catholics. At the same time, he was an impressively effective and far-sighted manager who stepped on many toes.

In short, he is one of the most controversial Australians of his generation. Everyone, but everyone, has an opinion on George Pell. Putting him on trial in Melbourne, Pell-phobia Central, is like putting Hillary Clinton on trial in Texas, where three-quarters of the population would be baying to lock her up.

For reasons which cannot be fathomed, the Victorian Police have pursued Pell with extraordinary — and disgraceful — vigor. In 2013 they set up a task force to search for complaints against Pell — before they had received any. No one came forward for a whole year. In 2016 a sexual abuse task force interviewed Pell in Rome. The police force leaked like a sieve.

The Victorian Police have been plagued with corruption scandals. In the latest, it was revealed that they had persuaded a criminal barrister to inform on her clients and as a result, the convictions of hundreds of criminals could be overturned. The High Court of Australia said this month that "Victoria Police were guilty of reprehensible conduct ... in sanctioning atrocious breaches of the sworn duty of every police officer to discharge all duties imposed on them faithfully and according to law without favor or affection, malice or ill will."

This is not to say that all of them are corrupt. But more faith is required to believe in the incorruptibility of Victorian police than in the miracle of Fatima.

On top of all this, early last year an implacable enemy of Pell, journalist Louise Milligan, published Cardinal: The Rise and Fall of George Pell. Widely read and publicized, it was the source of some of the lurid allegations in his trial.

The Victorian Police have pursued Pell with extraordinary — and disgraceful — vigor.

So for two years, at least, the air of Melbourne has been full of mischievous sniggering and venomous commentary about Pell and the Catholic Church. Empanelling an impartial jury must have been like finding 12 good men who had not breathed for the past two years.

The legal system must be respected. If His Eminence George Cardinal Pell has committed crimes, especially sexual abuse, he deserves no less than any other criminal. But there is more than enough reason to believe that he has not received a fair trial and that he has a blameless conscience before his God.

The Vatican should not get spooked by the verdict. There will be calls for him to be stripped of his honors, even to be laicized. It should bat them aside, ignore the jeers and mockery, and wait for the outcome of appeals made by Pell's legal team. Until proven guilty beyond all reasonable doubt, Cdl. Pell must be considered an innocent man. 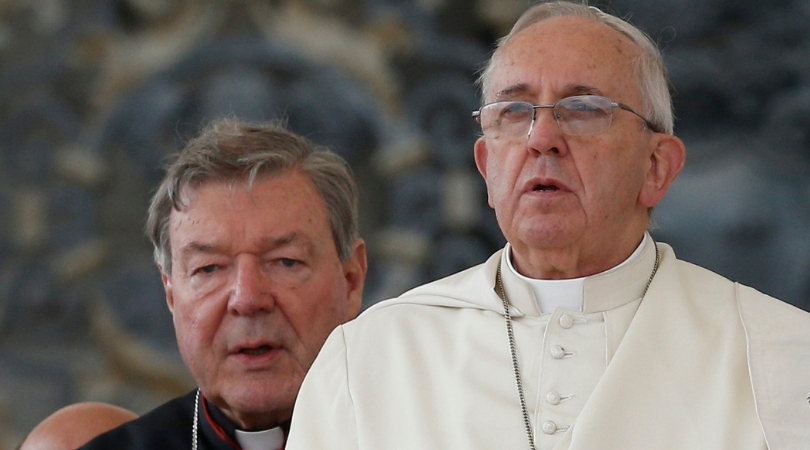 Pope Removes Pell From Gang of Nine
By Church Militant   •   0 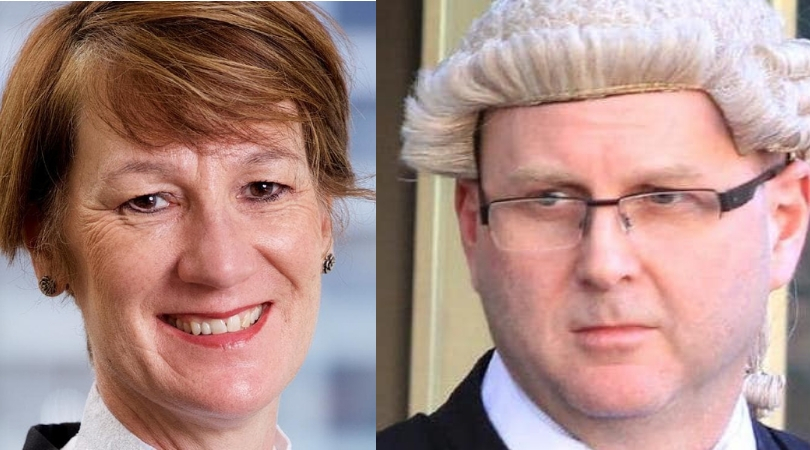