Justice Kidd said that by categorically denying the charges against him, Pell showed "no evidence of remorse or contrition" that would justify a reduction in punishment. In passing sentence, he acknowledged that the cardinal "may not live to be released from prison."

Kidd began his nearly 90-minute address from the bench by denouncing the "witchhunt" to which Cdl. Pell had been subjected since accusations of abuse first sentenced against him. He went on to review in graphic detail the specific acts of abuse for which Pell was found guilty.

Condemning the cardinal for a grave "breach of trust and abuse of power," Kidd described Pell as "a serious sexual offender" whose "brazenness" was brought on by an inflated "sense of power." As a result of the sentence, Pell will be listed as a sex offender for the remainder of his life.

Pell was found guilty in December of sexually assaulting two boys in the sacristy of St. Patrick's Cathedral in Melbourne in 1996.

According to the prosecution, after celebrating Mass one day in 1996, Cdl. Pell veered from his usual practice of greeting parishioners on their way out of St. Patrick's Cathedral. Instead, he headed unaccompanied to the church sacristy where he discovered two choirboys who had separated themselves from their peers to indulge in altar wine. Catching them red-handed, prosecutors suggested, Pell decided to sexually assault the boys.

The cardinal has vigorously denied the allegations.

Another red flag, Pell supporters note, is the fact that the reputation of Victoria Police has been sullied by charges of corruption.

Pell's conviction provoked an outcry among many faithful Catholics, who insist the allegations against him are completely without merit. Supporters note that in 1996, the cardinal was actively involved in creating a response to the clerical sexual abuse crisis in Australia — despite criticism from some of the country's bishops that he should wait — precisely because he thought the issue was so important.

They also point to the fact that during that period, Pell became a target of gay protesters owing to his outspoken criticism of homosexuality.

Defenders also slam what they say is a suspicious lack of support for the cardinal inside the Vatican, in spite of the fact he is the third highest-ranking cleric in Rome.

Appointed prefect of the Secretariat for the Economy in 2014, Pell was brought in ostensibly to clean up Vatican finances, exercising oversight over the Holy See's properties and personnel. But his proposed reforms — which included demands for greater transparency — were met with hostility.

According to Vatican expert Edward Pentin, the "Old Guard" resisted reform out of fears it would reveal their corruption.

Supporters continue to voice outrage over the fact that while serial sexual predator Theodore McCarrick is allowed to live out the remainder of his life in freedom at a central Kansas friary, Pell is locked away in solitary confinement. Pell, they insist, is no McCarrick.

"The allegations against him are absolutely unbelievable, it's impossible," said Cdl. Gerhard Müller, former prefect of the Congregation for the Doctrine of the Faith, earlier this month. "It's without proof, against all evidence. If there's no proof, you cannot condemn a person to 50 years in a fortress."

This [alleged assault] he accomplished immediately after Mass, with the sacristy door open, despite having all his vestments on and with the reasonable expectation that the sacristan, the master of ceremonies, the servers or concelebrants might come in and out or even pass by the open door, as would be customary after Mass. Meanwhile, there were dozens and dozens of people in the cathedral, praying or milling about. The whole affair took place within six minutes, after which the boys went off to choir practice and never spoke about it to anyone for 20 years, not even to each other. Indeed, one of the boys, who died of a heroin overdose in 2014, explicitly told his mother before he died that he had never been sexually abused.

"Ask any priest of a normal-sized parish — let alone a cathedral — if it would be possible to rape choirboys in the sacristy immediately after Mass," de Souza challenged.

"Sixty seconds — let alone six minutes — would not pass without someone, or several people, coming in and out, or at least passing by the open door," he added. "Ask any priest if he is customarily alone in the sacristy immediately after Mass, while there are still people in the church and the sanctuary has not yet been cleared."

Another red flag, Pell supporters note, is the fact that the reputation of Victoria Police has been sullied by charges of corruption. According to a Victoria High Court, state law enforcement have "corrupted" prosecutions and "debased fundamental principles of the criminal-justice system."

In December, Premier Daniel Andrews announced the launch of a government inquiry into police wrongdoing and cover-up.

Pell's supporters argue the cardinal's case is an outgrowth of this same police corruption.

"The prosecution of Cardinal Pell has been a monstrous miscarriage of justice, a religious persecution carried out by prosecutorial means," Fr. de Souza argued earlier this month. "The process that led to the convictions was, from the start, a sustained and calculated strategy to corrupt the criminal-justice system toward politically motivated ends."

In a March 12 follow-up, de Souza pointed out:

It has long been known, and now can be publicly reported, that the police in Victoria (Cardinal Pell's home state in Australia) were out to get Cardinal Pell long before there were any complaints about him. They had set up a task force, "Operation Tethering," in 2013 to search for charges against Cardinal Pell before any such complaints had ever been made to police.

They took out advertisements soliciting stories of sexual abuse at Melbourne's St. Patrick's Cathedral before any such complaints had been received. The Victoria police had their man and just needed to produce a victim and a complaint.

"Who's out to get George Pell?" Akehurst asked. "It looks as though someone is. ... Is anyone orchestrating this ongoing pursuit?"

He also pondered what part Victoria Police had to play in the cardinal's persecution:

In persisting with its investigation into Pell, secretly until someone leaked it, Victoria Police is in part demonstrating that a lot of thick coppers have signed up to the prevailing orthodoxy that Catholic priests must have some guilty sexual secret because celibacy, so out of tune with the mores of our age, denies them a "normal" outlet for their physical desires.

Akehurst concluded his article with an ominous takeaway:

Pell is a thorn in the side of the leftish-minded within and without the Roman Catholic Church. I have heard people who wouldn't know what a cardinal was sounding off against him. He is an orthodox Catholic who is not fuzzy or wishy-washy in expounding his faith. He has the additional stigma of being skeptical about man's role in climate change. All in all, he's out of step with the prevailing ethos of moral relativism. He has to be brought down. 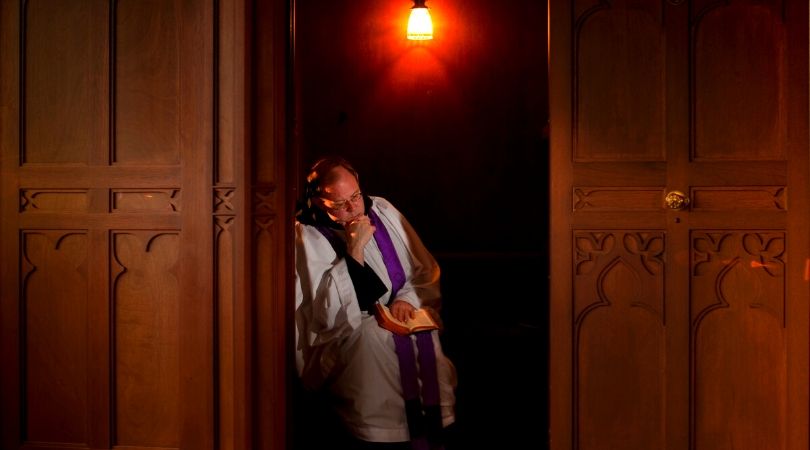