CaSPA's ties to the Catholic Church are questionable

CAIRNS, Australia (ChurchMilitant.com) - An advocacy group for Catholic school leaders is standing by its support of the gay agenda.

In response to petitions asking for the pro-gay speakers to be replaced, CaSPA published a statement claiming it was being attacked by an "ultra-conservative group" — referring to Church Militant.

"The website ChurchMilitant.com has launched an attack on the conference," the statement read.

The website ChurchMilitant.com has launched an attack on the conference.

The organizers have insisted they will go forward with the conference agenda in spite of backlash, claiming "it is a healthy sign that the Conference is generating debate and interest in the broader Catholic community."

Father Frank Brennan and Kristina Keneally are keynote speakers at the conference scheduled for July 15–17. They have both published opinion pieces calling for the legalization of same-sex marriage. Father Brennan promoted it "for the common good" while Keneally believes that homosexual acts are not sinful.

In her opinion piece, "Why I support gay marriage," Keneally questioned, "if we are all made in the likeness of God, how can that natural orientation turn sinful when it is given expression through physical acts of love?"

Keneally explained how she formed her conscience to come to her support of gay marriage and said, "Taking a contrary view to Church teaching is not a position I come to lightly."

She strays even farther from Church teaching in her admission of being a "Catholic feminist." Here she again uses her conscience to support artificial contraception and to blast "the all-male priesthood."

CaSPA leaders are condoning these heretical views as a "spirit of exploration." Addressing the petition asking Bp. James Foley to step in and prevent Fr. Brennan from promoting his views supporting the gay agenda to Catholic school leaders, they said, "Naturally nothing has come of this petition."

Church Militant spoke with Garry O'Brien, the petition sponsor and organizer of the protest, who said, "Signatures to date for the petitions are in excess of 500 and we have a good number who have come on board for the protest."

A representative for the protest met with Bp. Foley to discuss the conference and Bp. Foley urged them to not hold the protests.

Bishop Foley claimed he had nothing to do with organizing the conference and said discussions with Fr. Brennan and his superiors might be compromised if there were protests at the event. He claimed the episcopal authority over Fr. Brennon is "blurred" because, although he is based in Canberra, his work also crosses into Sydney.

O'Brien and his team of protesters have reached out to Abp. Christopher Prowse and Abp. Denis Hart, the archdiocese of Melbourne and many of the Catholic schools. While the majority of the bishops and schools did not respond, those that did were supportive of the speakers.

Nicky Kitson, the executive assistant to Abp. Hart, replied to O'Brien in an email obtained by Church Militant saying:

I write on behalf of Archbishop Hart to acknowledge your emails and advise that the Archbishop has no jurisdiction over the Diocese of Cairns. His Grace suggests that you contact Bishop James Foley, Bishop of Cairns, with your concerns.

Church Militant reached out to CaSPA, Bp. Foley, Abp. Hart and Ray Collins, the acting director of the National Catholic Education Commission, for clarification on the connection between CaSPA and the Catholic Church, but none of them responded.

Australian police have approved the permit allowing protesters at the CaSPA conference in July. O'Brien said they plan to go ahead with the protests and are hoping for support from the Australian bishops.

"We are currently working on the wording to put on our placards and have been encouraged by those who have come forward to help," O'Brien told Church Militant.

CaSPA defines itself as a "federation of the principals' associations" that represent Catholic secondary school principals throughout Australia. On its website, the group claims to be "the national peak body for Australian Catholic Secondary School Principals." A peak body is an Australian term for an advocacy group.

CaSPA's stated objectives do not mention any development of Catholic teaching and references the Church in only one statement, touting instead CaSPA's power and influence throughout its website. CaSPA is not listed as an organization that is in formal liaison with the Australian Catholic Bishops Conference nor does CaSPA claim any affiliation with the Catholic Church on its website.

The claim on the website reads, "CaSPA has developed strong connections national authorities," and notes, "These inter association connections have proven to be a powerful voice in the national landscape of education."

The theme of the conference is "Leading in Diverse Times," and organizers confirmed LGBT issues will be discussed, writing in a statement, "we look forward to a Conference [sic] that is addressing key issues which confront our Church and school communities."

"CaSPA will not be seeking to silence any views and will continue to encourage further conversation about these important issues," they wrote. 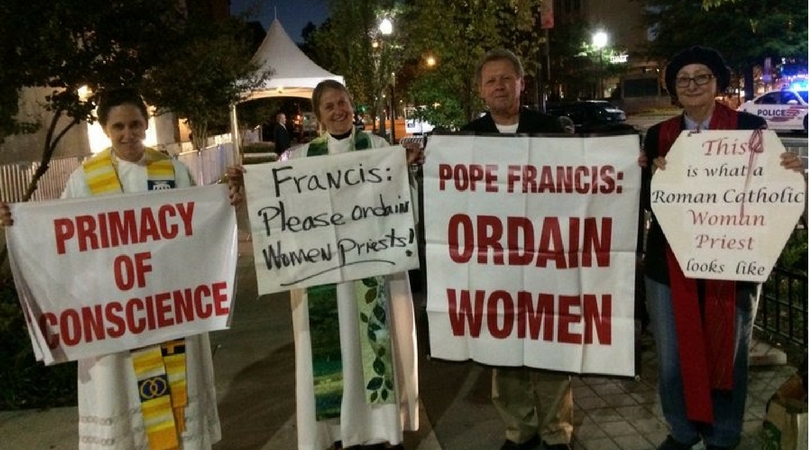