BALTIMORE (ChurchMilitant.com) - A retired Los Angeles Deputy Sheriff is issuing a call to arms for Catholics to live their faith with courage by emphasizing the stark choice between sin and grace which all human beings face.

Catholic apologist and lay evangelist Jesse Romero spoke with Christine Niles during the Silence Stops Now rally in Baltimore in an off-stage interview.

"What we're trying to do, is we're trying to restore the glory of Catholicism," he said. "The Church is being shamed right now. Some of these bishops, not all of them, they're dragging the Church's nose through the mud and they're embarrassing us."

Romero drew a comparison between the crisis of faith and leadership in the Church and the immigration crisis faced in the secular sphere, saying the laws and policies needed are already in place, but leadership just needs the will and courage to implement those policies.

In 1961, there was a document that was put out by the Holy See — seminarians that were homoseuxal, or had a homosexual orientation, could not be priests. We have things in place. The bishops don't have and the cardinals don't have the political will or the moral muscle to carry out those decrees.

We don't have to re-invent the wheel, it's kind of like the immigration thing, we already have the laws in place, Trump's the only person who has the political will to follow them. We have everything in place, canonically, to deal with these problems and with these predators, but we just need for them to have holy boldness. That's something that we can only pray that they receive.

In response to the crisis Catholics face, Romero called on Catholics to get serious about personal holiness.

"We just have to storm Heaven and pray that He raises up a cadre of Saint Athanasiuses that will stand against the world," he said. "We don't have that, we don't have enough of them."

Romero went on to talk about means of increasing in personal holiness:

Romero commented on charges from secular media and liberal activists that being a faithful Catholic is about being "anti-gay" by saying:

We're not anti-anything, we're anti-sin. When people say, "Jess, you're homophobic," I say, "I'm not homophobic, I'm sinophobic." I'm pro-God, I'm pro-family, I'm pro-Catholic faith. That's just basically the mainstream media just trying to slime us because, let's just be honest, the Catechism of the Catholic Church says in paragraph 407, the devil has a certain domination over society. And the Catechism says he has domination over education, over politics, over media. And so this is nothing but, just, these are just the instruments of Satan putting on propaganda like this just to discredit what we're doing.

Romero talked about the challenges of carrying out spiritual works of mercy by calling people outside the Church or outside the practice of the Faith to the truth during this time of crisis.

"Do you know how hard it is to evangelize right now?" he asked. "These bishops, these sexual predators and these ones that are covering up, they've set evangelization back, to quote Donald Wuerl, 'decades.'"

Church Militant has reported on Jesse Romero and his colleague Terry Barber being booted from Relevant Radio and taking to the internet to spread their message of solid, orthodox Catholicism. Romero talked about his and Barber's new platform:

My partner Terry Barber and myself, we started an internet radio station called VirginMostPowerfulRadio.org. We used to be on EWTN for six years, Immaculate Heart Radio for six years, Relevant Radio for six months, and little by little, we just don't fit what they're looking for, so we've been pushed out. So it looks like we're going to park it at the internet now, where no one can tell us what to say and how to say it.

Romero wrapped up the interview by calling out the postmodernism plaguing the Church as well as the secular world:

Life, it's not complicated, it's black and white. There is no 42 genders, there is no 50 shades of grey. It's very clear. And we're going to keep saying that to Catholics over and over again, life is black and white, there's Heaven and Hell, there's grace and there's sin, there's nothing in between.

Speaking of Church Militant, Romero added, "We've listened to you every day for years, you give me a lot of fodder." 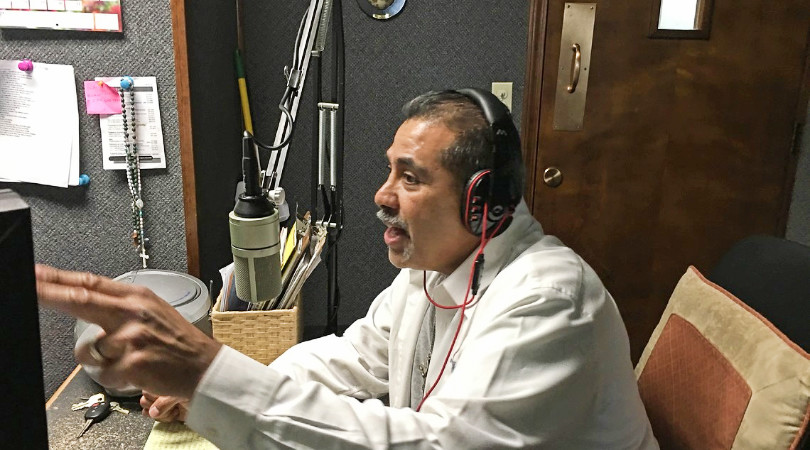 The Terry and Jesse Show Is Back
By Rodney Pelletier   •   0
‘Silence Stops Now’ Rally: Jesse Romero
By Stephen Wynne   •   0