A Michigan priest gives a homily wearing a pu**yhat

CHICAGO (ChurchMilitant.com) - Multiple Catholic groups, including Franciscan priests, joined in solidarity with the Women's March on January 21, despite the fact that most marchers were advocating for pro-abortion and pro-LGBT social issues while carrying explicit signs and wearing non-family-friendly apparel. And in Lansing, Michigan, Fr. William R. Lugger gave a homily wearing a pink pu**yhat, symbolizing the feminist, anti-Trump protests.

Father Daniel Horan of the Franciscan Friars went on Twitter to call the Chicago solidarity March "wonderful," and added, "If you think the #catholic clergy have no business supporting #WomensMarch, then you don't understand basic Catholic Social Teaching!"

The Women's March website reveals the march's purpose was, among other things, to march for "reproductive rights," and "this means open access to safe, legal, affordable abortion and birth control for all people, regardless of income, location or education."

The Catechism of the Catholic Church states, "Since the first century the Church has affirmed the moral evil of every procured abortion. This teaching has not changed and remains unchangeable. Direct abortion, that is to say, abortion willed either as an end or a means, is gravely contrary to the moral law."

Father Horan included a picture on Twitter where friars can be seen marching with women who are holding vulgar signs. Father Horan added that it was his supposed pro-life stance that brought him to the march. Despite Black Lives Matter being linked to violent activities, Father Horan claimed: "#prolife means: being against abortion AND against death penalty, supporting #blacklivesmatter, healthcare for all, just wage, no torture."

Also passing through the event was Fr. James Martin, editor of America Magazine. Father Martin tweeted, "I'm watching people on Twitter trying to paint me as pro-abortion. False. I am pro-life which is precisely why I am pro-social justice." 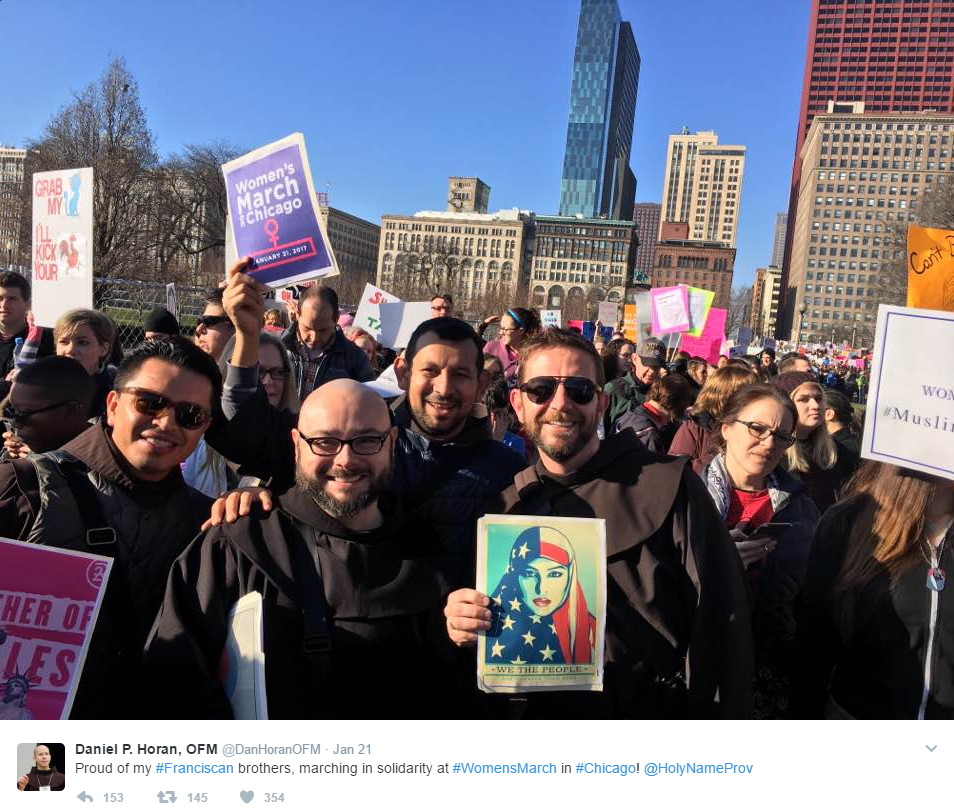 Father Martin received an LGBT award earlier this year "in recognition of his ministry of communication which has helped to expand the dialogue on LGBT issues in the Catholic Church."

The Women's March's pro-gay agenda was clear from its website: "We firmly declare that LGBTQIA rights are human rights, and that it is our obligation to uplift, expand and protect the rights of our gay, lesbian, bi, queer, trans or gender non-conforming brothers, sisters and siblings."

In Lansing, Michigan, Fr. William R. Lugger of St. Casimir Catholic Church donned a pink pu**yhat while giving his weekend homily promoting the feminist cause. When challenged on showing solidarity with a pro-abortion movement, Fr. Lugger retorted, "This was NOT a proabortion march ... it was a march against hatered [sic] and violence toward all beople [sic]."

A commenter responded, "You are delusional if you don't think this was a pro-abortion march."

Elsewhere, Fr. Luggar wrote, "[H]omilies are NOT supposed to be "lovely" ... they're are supposed to challenge people in the ways [of] the Gospel of Jesus."

As of Monday afternoon, a change.org petition was started requesting the resignation of Fr. Lugger.

It is unacceptable for a Priest and a man who has been ordained to be another Christ to support anything like this. The Women's March in DC was to support abortions. A Priest like Father Luggar should know better than to support that garbage. He should be forced to resign from the Priesthood for going against life and what Holy Mother Church teaches. May God have mercy on his soul. 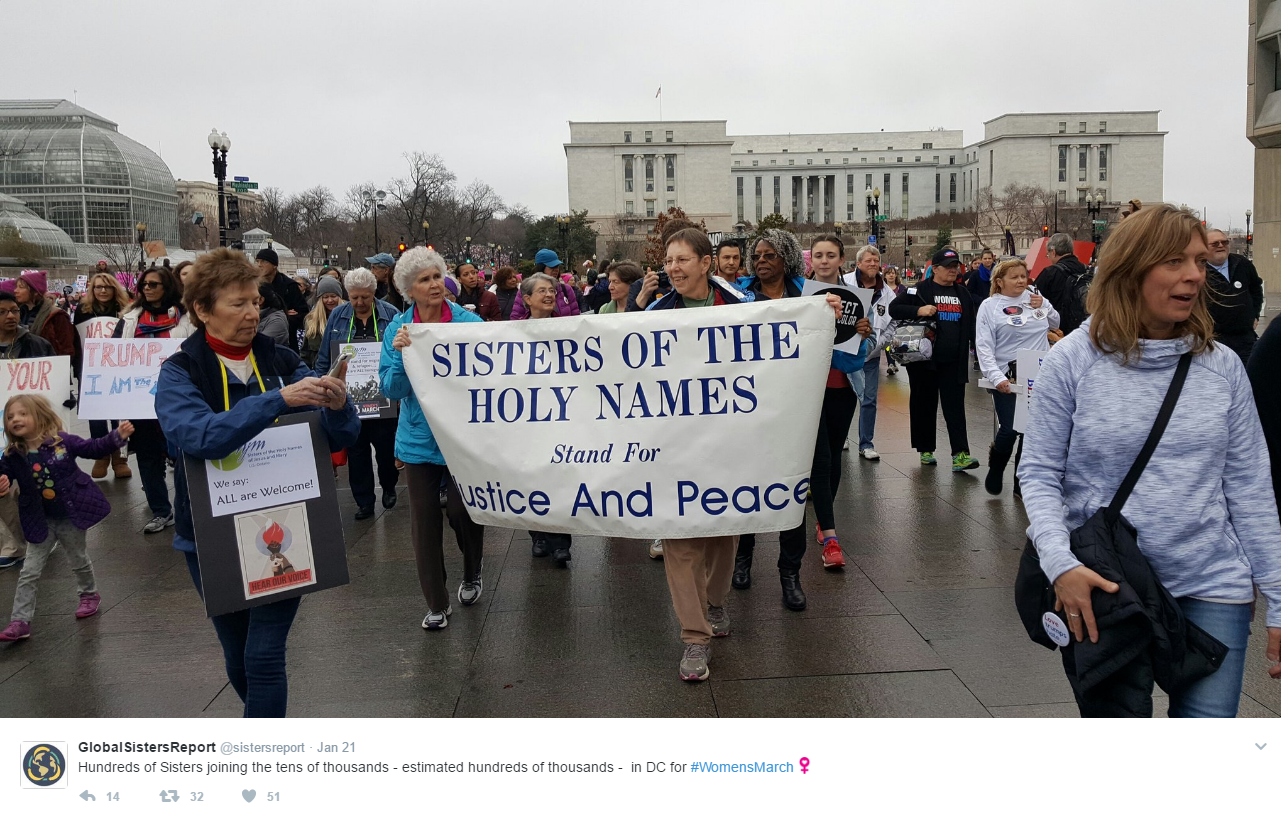 Students for Life joined the D.C. Women's March but held banners unquestionably against the ideology of the organizers. President Kristina Hernandez told reporters, "It was a brutal day. I didn't feel safe at all."

She added, "One of our girls was spit at, someone tore my sign in multiple pieces."

January 27 marks the 44th annual March for Life, where Kellyanne Conway, senior counselor to President Trump, will speak to pro-lifers.