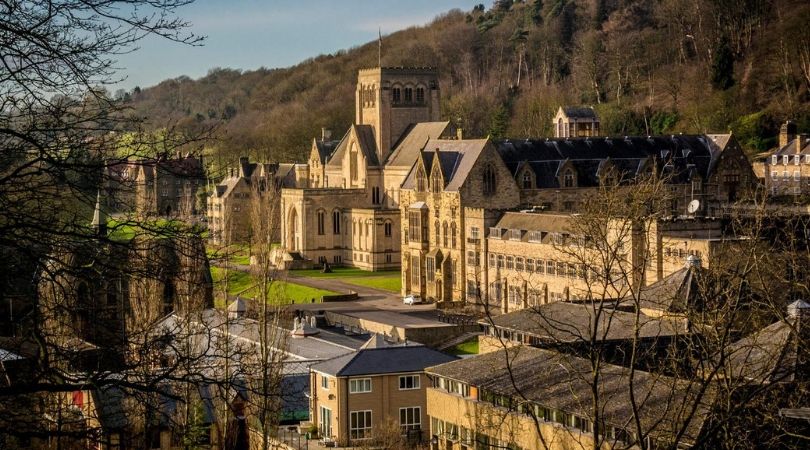 NORTH YORKSHIRE, England (ChurchMilitant.com) - England's most elite Catholic school is in meltdown after its recently appointed headteacher stepped down following an inspection report slamming the school for failing to meet child protection standards.

Appointed in August 2018 because of a strong background in child protection, Deirdre Rowe quit after just 10 months as head of scandal-ridden Ampleforth College, making her the fourth headteacher in just over a year at the school once renowned as the "Catholic Eton."

The Department for Education ordered the surprise inspection at the end of May to check if the school had made progress on issues identified in an earlier November visit, especially with regards to child protection or safeguarding.

One of the most serious issues of child protection highlighted was the school's failure to report urgently to the police a serious safeguarding issue that arose in December 2018.

"This advice was not followed," states the report, even though the interim director of safeguarding had advised immediate referral to the police and the North Yorkshire Safeguarding Children's Board during a visit in November.

The report also highlighted a case where the school provided a reference for a staff member but failed to include details of a formal warning given for reasons of child protection.

Members of the school's senior leadership team came under fire in the report for failing to "identify and refer some safeguarding incidents to the local safeguarding board in a timely manner."

"As a result, safeguarding practice has not always been secure," the report stated.

Parents wanting the best Catholic education for their children make great sacrifices to send them to Ampleforth, with fees at £36,000 a year. But more than their money, parents entrust what is most precious in their lives to the care of the Benedictines — their sons and daughters. And this trust continues to be betrayed.

"Nothing has changed since last year when the Independent Inquiry into Child Sexual Abuse (IICSA) delivered its damning indictment that Ampleforth tolerated a 'culture of acceptance of abusive behavior.' If such schools are to survive they have to be entirely taken out of the control of the Benedictines," he emphasized.

Ampleforth College is attached to Ampleforth Abbey, which is run by the Benedictine monks. However, the Abbey is currently without an abbot and is being managed by a Prior Administrator.

According to the IICSA report,

There was general agreement that the separation of governance between the school and the abbey on both sites was a positive move to restrict the scope for conflict of interests, and to address the issue of undue influence of the monks. Ampleforth took seven years to achieve this. The governance body of Downside first mooted the issue in 2009–10, but has still not made the separation, despite a stated commitment to do so. Nine years later, this demonstrates a lack of priority being given to the issue.

Abbot Cuthbert Madden, who stepped aside following allegations of indecent assault on pupils, has launched a legal challenge against the Abbot President of the English Benedictine Congregation and others.

The only way forward now is for safeguarding in all Catholic institutions to be subject to independent external oversight.

Children as young as 7 at Ampleforth and as young as 11 at Downside, another prestigious Benedictine school, were subject to "appalling sex abuse inflicted over decades," a scathing report by the quasi-governmental body IICSA said in August 2018.

Ten individuals, mostly monks, at the two schools were convicted or cautioned in relation to offenses involving sexual activity with a large number of children or offenses concerning pornography.

"The true scale of the abuse however is likely to be considerably higher," the report revealed.

"Monks in both institutions were very often secretive, evasive and suspicious of anyone outside the English Benedictine Congregation," said Professor Alexis Jay, chairwoman of the inquiry, adding: "For decades, Ampleforth and Downside tried to avoid giving any information about child sexual abuse to police and social services."

Richard Scorer, a specialist abuse lawyer at Slater and Gordon, who acts for victims of abuse at Ampleforth, told Church Militant: "It is alarming that despite multiple warnings, Ampleforth have failed to put proper safeguarding in place."

This demonstrates a deep malaise across the Catholic Church, which the current leadership of the church both in Rome and the U.K. are clearly incapable of addressing. The only way forward now is for safeguarding in all Catholic institutions to be subject to independent external oversight. I would like to think that this latest development would act as a wake up call to Catholic leaders, but our experience is that nothing will shake their complacency.

A spokesperson for Ampleforth College said:

We have recognized that a small number of incidents, where our robust policies have not been followed, have led to the judgment from the inspectors that we have not yet met all of the required standards. Each incident has been, or is being, investigated and addressed with the authorities and the students and parents involved.

The spokesperson also said that Miss Rowe took the decision to step down prior to the recent inspection in March 2019, and that Cuthbert Madden remains abbot of the community. 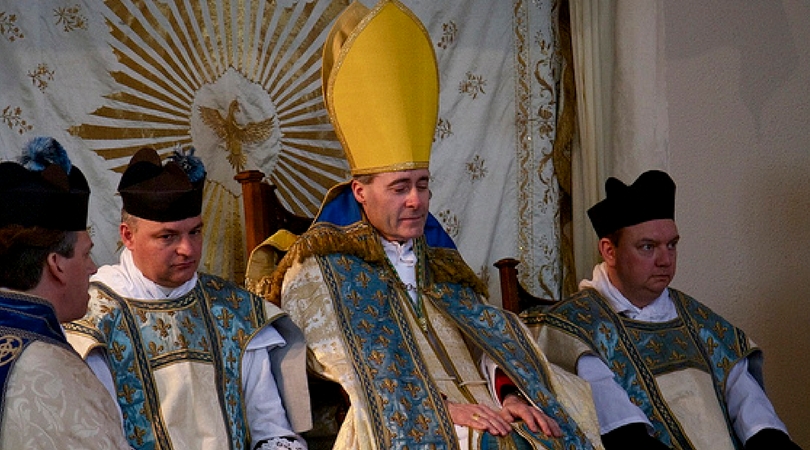