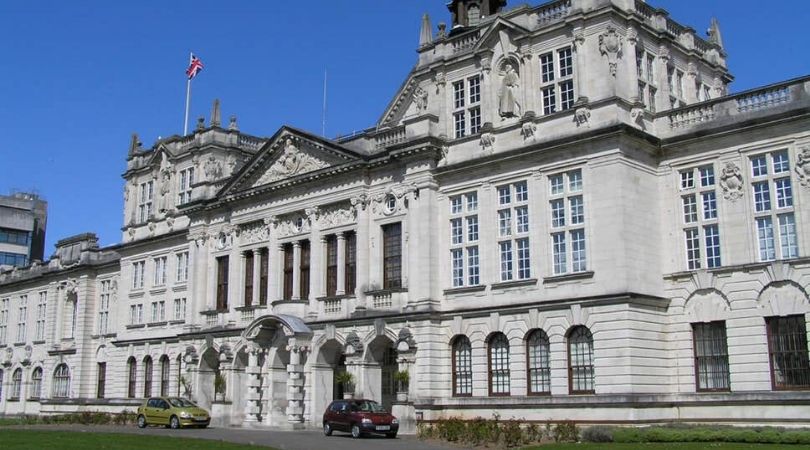 The pro-abortion vote took place Thursday and was won with the help of the Cardiff Anglican and Methodist Society (CAMS), who called pro-lifers a "real affront to liberty" and summoned CAMS members to oppose Catholics and vote in favor of abortion.

Students at the AGM resolved to "adopt an official pro-choice stance" to "ensure that students understand their rights to bodily autonomy and abortion" and "support the pro-choice stance to provide an equal, safe and inclusive environment for students."

The resolution emphasized it would ensure affiliated student societies do not "participate in activities against [Student Union] policy."

In an open letter, Cardiff University's Catholic chaplain Fr. Sebastian Jones called the vote "the acceptable face of intolerance of Catholics" and said it debunked "the secular motif of the inerrancy of inclusivity and diversity."

"My purpose in writing to the Catholic Society's President was to draw his attention to the incompatibility of voluntary and material support for such an organization," Fr. Jones told Church Militant.

"The treatment of Catholic students at the meeting to debate the motion revealed a deep intolerance of faithful Catholics as have postings on various sites," he explained. "This matter was not lost on the Catholic Society. As faithful young Catholics, they too appreciate that the call to virtue and holiness are not private matters but rather extend to how we engage as individuals in civic society at large."

No one at the annual meeting "could be left in any doubt that inclusivity and diversity did not extend to Catholic students," as the Catholic faith "was exposed to ridicule and the grave obligation upon all Catholics" not to support "the destruction of human life were dismissed by one speaker as equivalent to racism," he wrote.

The pro-abortion vote was intended to punish Cardiff University's pro-life society for its decision to join 40 Days for Life, which involves demonstrating outside abortion mills, the student newspaper Cardiff Tab reported. Most students belonging to the pro-life society are Catholics.

The Catholic Society has resigned from the Student Union and notified the president and vice president.

Father Jones alluded to the collusion of Muslim and Protestant students with the pro-abortionists, expressing "great personal sadness" that others present at the meeting "who also claim the Patriarch Abraham as a father in faith chose not to speak in favor of freedom of conscience and the dignity of all God's children."

"The support for the motion or the deafening silence of Christian societies revealed the awful disunity and rupture in understanding of those for whom Jesus Christ is Lord and Savior," he added.

Asking the Catholic Society to resign its membership of the Student Union, Fr. Sebastian warned: "no Catholic can remain in full communion with the Catholic Church" while giving "voluntary and material support to those who promote abortion."

Catholic students told Church Militant of a hate campaign of abuse and intimidation that has been launched against them.

"As a Catholic male, how FUC**NG DARE you claim to speak for us?" feminist student Isadora Sinha posted on Facebook. "The idea that Catholics are automatically having their freedoms repressed is abhorrently wrong. Shut the hell up you misogynist, old fashioned bastards."

Student Laura Hodgson posted on social media, "Being anti pro-choice is as stupid as being racist or homophobic."

Meanwhile, first-year Catholic student Luke Doherty, who described to Church Militant the hostility he and others faced, filed a complaint against the Student Union for failing to provide at "the AGM a safe space for Pro Life and Catholic students."

"I feel persecuted as a Catholic. Vitriolic anti-Catholic rhetoric has been posted online and it is believed that the safety of our Catholic Society members might be comprised," he wrote, noting that the "disgusting verbal abuse that myself and others were subject to is wholly unacceptable and extremely offensive."

The Anglican and Methodist Society earlier accused pro-life Catholics of harassing and intimidating people seeking access to abortions by holding rallies and pickets outside abortion mills through their involvement with the Society for the Protection of the Unborn Child (SPUC).

When contacted for their response, the Anglican and Methodist Society replied, "Unfortunately we are not interested in talking with the press at this time."

On Saturday, Church Militant reported on the Anglican Abp. of Canterbury Justin Welby's support for censorship zones that would prohibit pro-lifers from demonstrating or praying for the unborn child.

Two days after the anti-Catholic vote, Cardiff University announced a support system for transgender and non-binary students. The Student Union already has an LGBT+ Association and LGBT+ officers, and a new transgender society has recently been established.

A similar motion for the Student Union to adopt a pro-abortion stance was proposed in 2014 but was voted down by students.