For some, the Cdl. McCarrick scandal is the last straw

DETROIT (ChurchMilitant.com) - Fed up with systemic corruption and cover-up in the Church, Catholic leaders are demanding a reckoning from the bishops.

Revelations that Cdl. Theodore McCarrick — one of America's highest-ranking prelates — preyed on young seminarians while bishop in New Jersey, and, worse, that he was able to adfvance in his clerical career in spite of leaders' widespread knowledge of his misconduct, have provoked strong reactions from Catholics.

"The McCarrick revelations not only exemplify the toxic and deforming influence of homosexuality in the higher echelons of the Church, but expose the mournful reality that the American Catholic hierarchy is institutionally corrupt," C.J. Doyle, head of Catholic Action League of Massachusetts, told Church Militant.

"I am among those who heard these stories years ago but was told that the victims were not willing to be named," said Deal Hudson, editor at The Christian Review. "You can imagine what I, and many others, were thinking when we read the story in the Washington Post calling McCarrick the 'Vatican's Man of the Hour.'"

Austin Ruse, president of the Center for Family and Human Rights, told Church Militant, "Pressure must be put on the bishops. The problem is that some of us really appreciate our bishops, and so we are not sure what to do, or where to put the pressure. Clearly, something drastic has to happen."

Author Taylor Marshall weighed in on the men who paid out McCarrick's sex abuse lawsuits.

It was Abp. John J. Myers who paid the 2004 payout in Newark for McCarrick. It was Bp. Bootkoski who paid out the 2007 payout in Metuchen for McCarrick. These two bishops 100% knew about McCarrick and did not follow the Zero Tolerance policy. All journalistic pressure should be placed on these two men until they crack and start explaining who they consulted (nuncios and cardinals and popes) and what they were told to do. If you want to break this story wide open, you need to break these two bishops open. If one of them cracks and says "Cardinal Sodano told us to ..." then the whole deck of cards falls down. It will unravel the USCCB and it may solve the B16 resignation mystery.

Author Matt Abbott, who writes at RenewAmerica and reported on the prelate's misdeeds more than a decade ago, said, "When I first wrote about McCarrick's abuse of power in 2005 and 2006, not many people seemed interested — certainly not the Catholic establishment or the mainstream media, although they knew about McCarrick. ... [T]he moral corruption runs deep and only Divine Intervention will correct it — in God's time." 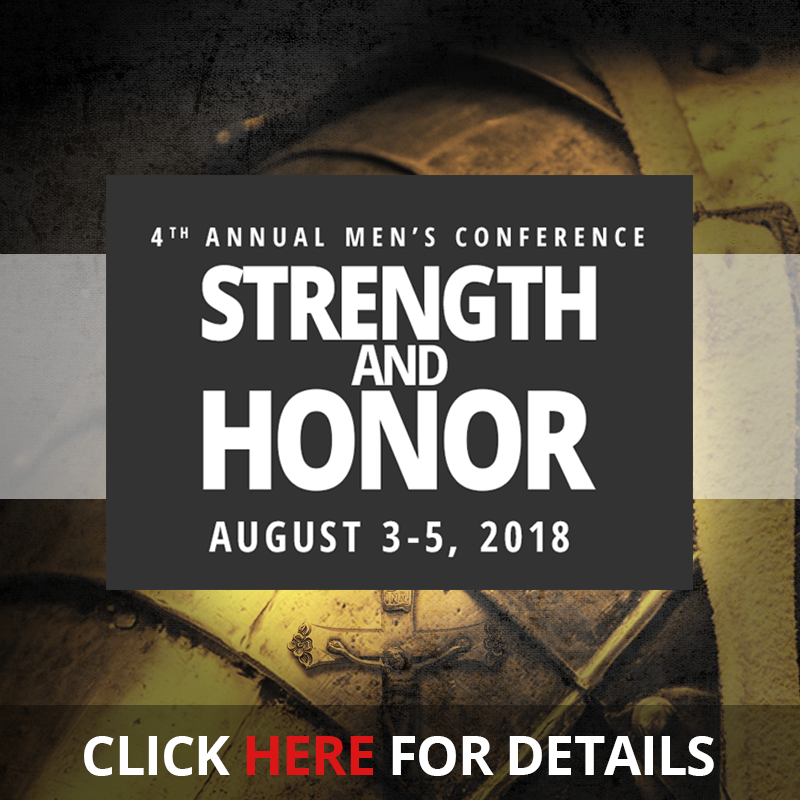 John-Henry Westen of LifeSiteNews told Church Militant it was no surprise to learn that McCarrick was an abuser, but "what was very disconcerting is that there were other bishops who were aware of his crimes and nevertheless allowed him to destroy the Church in America — that too is a crime deserving punishment."

"And it is for the benefit of those bishops who knew and remained silent that their punishment comes this side of Heaven," he added. "It would be just that those found to be involved in these types of scandals would step down from their exalted positions and spend the remainder of their days praying for the good of the Church."

I was absolutely appalled when I first learned about Cdl. McCarrick's abuse of seminarians, and the fact that this was well known by high-ranking bishops. If those bishops covered up something this egregious, what else are they hiding? Even more to the point, one is forced to ask how many of those bishops in the know about McCarrick approved or even participated in similar activities?

Patrick Craine at LifeSiteNews also weighed in. "The McCarrick scandal has shone a bright spotlight on the deep rot that still exists in our Church," he noted. "The Church absolutely needs greater accountability for our bishops. Their misdeeds need to come to light, and they cannot be allowed to resign quietly, as we saw happen last week with Bp. Juan José Pineda Fasquelle in Honduras."

Fasquelle, a close associate of Cdl. Oscar Rodriguez Maradiaga (nicknamed the "Vice Pope" for his level of influence over Pope Francis), submitted his resignation at the early age of 57 after allegations that he'd embezzled diocesan money and sexually assaulted seminarians.

In response to Church Militant's comparison between McCarrick and disgraced Hollywood mogul Harvey Weinstein, Stephen Herreid, managing editor at CatholicVote.org, tweeted, "A chilling analogy when you remember Weinstein isn't some rare exception. He's reportedly the EPITOME of a mainstream Hollywood big-wig. And as his lawyer said at trial: "He didn't invent the casting couch." What if McCarrick isn't egregious, but typical? What if he's a FALL-GUY?"

There are growing calls for laity to close their wallets to the bishops' appeals. 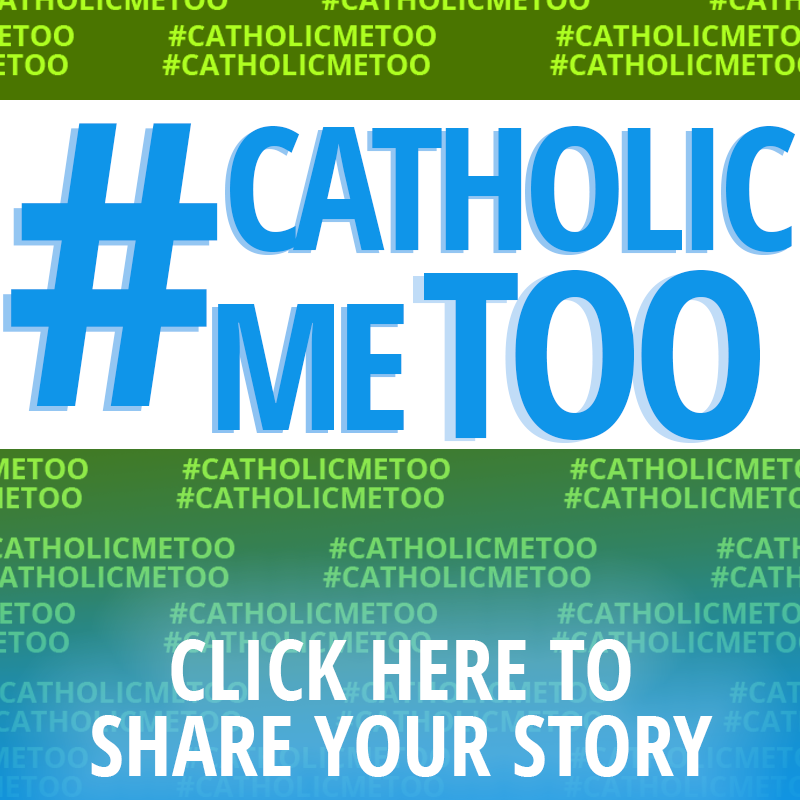 "We need to cut off the money," author John Zmirak, senior editor of The Stream, told Church Militant. "Big Catholic donors should create a 'St. Escrow' movement, with escrow accounts for each diocese, where all gifts go instead of to the bishop. Let the money pile up, and have committees of faithful laymen hold bishops accountable, if they want a single dime."

Beverly Stevens, editor-in-chief of Regina Magazine, is thinking along the same lines.

"Stop donating to corrupt bishops and clerics," she insisted. "Why? Because you are enabling them. ... Set up a 501(c)3 laity-controlled fund. When your priest needs his electric bill paid or his roof fixed, the fund then can pay for his needs directly."

Calling it the "We Need a New Bishop" fund, she suggests notifying the papal nuncio and the media. "Since wealthy donors account for about 90 percent of the funds — leaving aside federal moneys, which is another big issue — this should concentrate the Vatican's attention rather quickly," she added.

"The laity should withhold their contributions from paying the obscene salaries of chancery officials and their lawyers and PR flacks," Doyle commented. "Adverse publicity, exposing and denouncing their malfeasance, may have a salutary effect, but unlike politicians, bishops are not elected, and unlike professionals and businessmen, bishops don't seem to care if they lose clients and customers. Perhaps, lawsuits, and where applicable, criminal prosecutions, might focus their attention."

"There are two things bishops and cardinals like McCarrick fear: exposure and loss of funds," said Hichborn. "If the laity are frustrated and fed-up with the abuse of power coming from these hierarchs, then the laity needs to be prepared to expose the corruption and put an end to the funding."

Michael Hichborn: Abusive cardinals and bishops like McCarrick are nothing short of ecclesial terrorists, so it's time to expose them.

LifeSiteNews' Westen notes that money will get the attention of the bishops in a way other appeals won't.

"Unfortunately having the faithful withhold funds is one of the only ways they can make their voices heard," Westen said, adding, "Good priests, though, should not be made to suffer. Most parishioners can designate their funds for building, heating or local parish costs rather then allowing them to be given to the diocese."

"Money seems to be the only thing that influences many of the bishops to listen and to take active steps towards reform," he said. "Yes, if the laity withholds its donation in big enough numbers, there will be change, and serious self-scrutiny, as a result. Any of the bishops with McCarrick-like backgrounds should resign before it's brought to light."

"They need to address the McCarrick situation, and all its implications, in a new report that includes independent lay involvement," he added, "asking why so many of this nation's leading bishops and other religious did nothing to bring McCarrick to justice."

"We should not be putting money in the hands of bishops who have proven they cannot be trusted," Craine said. "I don't think any Catholic should be giving money to their national collections. Catholics have been raising the alarm about the use of these funds for years now, yet the problems remain."

"For example, the international relief arms of the Church, like Catholic Relief Services and Canada's Development and Peace, continue to fund pro-abortion groups in the developing world despite mounds of evidence," he noted. "On the local level, if the bishop is not known for orthodoxy and courageous leadership, I would not be giving him money for his projects," he added. "There are so many amazing apostolates doing real service for the Church that I would rather support.

A Failure in Leadership

"Any organization may be afflicted by egregious incidents of personal misconduct," said Doyle. "When that organization is incapable of policing itself, when it is unable or unwilling to punish offenders, when it refuses to expel miscreants, and when it lacks the will to reform its corporate culture, then the institution is itself corrupt. Such is the case with American Catholicism today."

Zmirak puzzles at the misplaced focus of the bishops. "Even as 40 percent of U.S. Catholics drift out of the Church, our bishops focus on opening the borders to import our replacements," he commented. "Steve Bannon was absolutely right: Most of them have given up on us, and on preaching or teaching the Faith."

"A constant influx of fresh faces to fill the pews (before they, too, get scandalized and leave) lets bishops dodge the need for root and branch reforms," he went on. "They can leave their seminaries lavender, glad-hand pro-abort politicos, and keep seeming like leaders of consequential institutions instead of bumbling cowards, whose smarter and straighter brothers went to work for the United Auto Workers or Democratic National Committee."

"We need to cut off the supply of fresh souls, by helping the president fix our immigration crisis," Zmirak added. "Let the bishops know they can't just wave us off and ignore us, because there won't be millions showing up to replace us."

John Zmirak: Let the bishops know they can't just wave us off and ignore us, because there won't be millions showing up to replace us.

"The pope and the hierarchy must reform themselves in their selection of candidates for bishops giving precedence to the purity of faith rather than looking for exalted academic degrees and worldly characteristics," Westen remarked. "We must like Christ seek out the good fishermen rather than the power brokers of the world."

Craine said, "Our first act of rebellion against the current apostasy must be to strive for sanctity ourselves, build up our domestic churches, and raise our children in virtue."

"But the laity must also be willing to out every predator bishop, and every heretic bishop in our Church," he said, adding:

And we need to call our priests and bishops to do the same. It's essential that we always respect the office, but that can't lead us into pusillanimity or human respect. Very frequently respect of the office requires calling out the sins of the office holder. The Code of Canon Law makes clear that calling out our prelates is a right of the lay faithful, but also can be a duty (Canon 212 §3). Nowadays it often is.

But some wonder if the bishops will respond.

Church Militant is encouraging adult victims of clerical harassment to share your stories by writing to MeToo@churchmilitant.com.