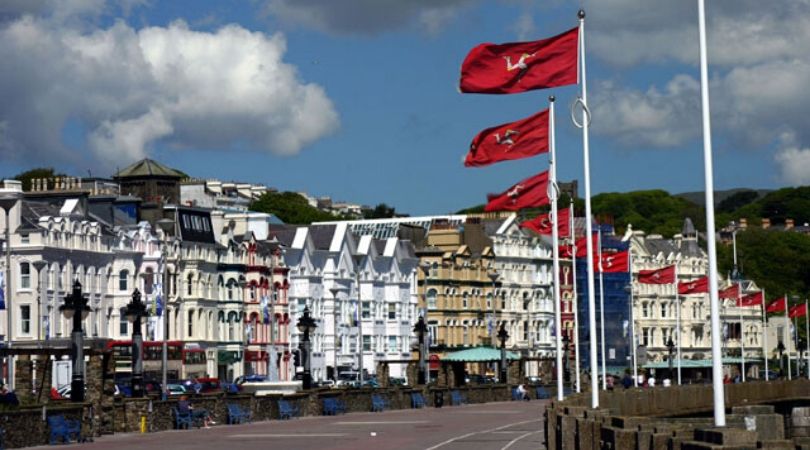 Warn that island is careening down Culture of Death's slippery slope

DOUGLAS, Isle of Man (ChurchMilitant.com) - Catholics are to date the only Church leaders on the Isle of Man to have alerted their flock to the danger of the impending assisted suicide legislation crashing against the shores of the beautiful island.

Part of the U.K. archdiocese of Liverpool, the island was rocked by the legalization of abortion in 2018, launching what critics have called "the most permissive abortion regime throughout the British Isles."

Now a proposal to survey lawmakers' support for the legalization of assisted suicide is being distributed for consideration by a member of the island's Parliament.

Dr. Alex Allinson, a general practitioner, has recently asked Tynwald court, the legislature of the Isle of Man, to support a law change to allow "voluntary assisted dying," a euphemism intended to assuage critics.

Allinson said if the initial reception of his motion is favorable, he will introduce a private member's bill later in the year. He has asked for "an open debate" to "flesh out" political opinions.

Described by critics as "the mastermind behind Europe's [i.e., the island's] most brutal abortion bill," the doctor reasons, "With a growing population and progressive political outlook I feel that now is the right time for us to consider how we enhance personal autonomy and provide more choice in achieving safe and compassionate end-of-life care."

Allinson's proposal drew criticism from pro-life advocates and others who fear it will propel the Isle of Man further down the Culture of Death's slippery slope by targeting the island's most vulnerable.

Church Militant's Dr. Jules Gomes, who currently resides on the Isle of Man, shared a flyer passed out to Catholic parishioners at Sunday's Mass, which reads in part:

The Church has consistently taught that taking one's own life is a grave matter. Needless to say, the Culture of Death, as recent popes have called it, dresses up the facts to give the impression that compassion is behind it. Jesus warned us against the activities of the "the father of lies," so don't be misled. ...

The lives of people who are weaker or do not enjoy a full range of body functions may — intentionally or otherwise — be seen, or may ultimately be led to consider themselves as less valuable than those who are stronger and healthier. If Tynwald sanctions a process whereby assisted suicide becomes a legal option, vulnerable people will feel pressured to take their own lives.

Reportedly, one of the priests made reference to Allinson as "Dr. Death," the one who "introduced a Culture of Death on the island."

Of Allinson, Dr. Gomes said, "After having achieved the legal slaughter of unborn babies, he is now wanting to rid this island of the infirm and elderly."

"The island has an aging population and is finding it difficult to fund the care of the elderly," he continued, "so Dr. Allinson's bill should be an expedient fiscal solution to the problem."

In spite of the doctor's proposal, there have been many on the island — and beyond — who have promoted life and resisted the proposal.

According to a recent legislature briefing, the Isle of Man's Criminal Law Act 19811 instructs that "A person who aids, abets, counsels or procures the suicide of another, or an attempt by another to commit suicide, shall be guilty of an offense and shall be liable, on conviction on information, to imprisonment for a term not exceeding 14 years."

The island's lawmakers also rejected assisted dying by a vote of 17–5 in 2015, with earlier efforts to advance euthanasia floundering in the mid-2000s, the briefing pointed out.

Presumably it's thought Allinson's personal following and success in the abortion debate will translate to the assisted suicide lobby's first win in the British Isles on the island. [But] assisted suicide is a different issue to abortion, and you have many, many more secular allies, so you have a markedly higher chance of success. At the very least, I will pray you can achieve a similar victory to what was achieved in Guernsey, and hope to see Allinson finally get the defeat he deserves.

In the British Isles, the Isle of Man is an experimental crucible for euthanasia.

Still, Allinson maintains there had been "a change in public opinion" since the issue was last discussed politically, and the time was right to consider "the idea that people should be given the right to control their own destiny."

Except for the Catholic Church, the 94 churches on the island are thus far silent. Only two churches publicly and consistently challenged the abortion bill.

Dr. Gomes laments the lack of Protestant support on this most recent attack on the dignity of life:

Sadly, the Protestant churches, including the evangelical and charismatic denominations, are unlikely to bat an eyelid. There is no agreement among Protestants on a number of major ethical issues and no magisterial authority to draft such a response. Moreover, with a Sola Scriptura approach, every Protestant ends up being his own pope with his own interpretation of the Bible on such matters. Indeed, an excellent example is the former evangelical Anglican archbishop of Canterbury George Carey, who scandalized Christians when he became a vocal supporter of euthanasia.

There is going to be a vote on assisted suicide in the Tynwald on the Isle of Man on Tuesday 21st Jan. Could anyone who lives on the Isle of Man write to their Members of the House of Keys expressing concern about this vote and calling on MHKs to oppose this motion."

Dr. Gomes also gave this warning: "In the British Isles, the Isle of Man is an experimental crucible for euthanasia. Once achieved and trialed here, it will be replicated with minor modifications in the rest of Britain, and so people in other parts of the U.K. need to be warned."