Bill Donohue's outfit has assets of $35 million, most of which is invested in a questionable firm

Donors who send contributions to the Catholic League for Religious and Civil Rights may be surprised to find the vast majority of the League's money — $33 million, to be exact — is being invested with a firm that holds stock in pro-abortion, pro-contraception, pro-gay organizations, as well as with corporations that distribute pornography. And not only is the Catholic League aware of all this, it seems to have no problem with it.

Describing itself as "the nation's largest Catholic civil rights organization" whose mission is to defend "the right of Catholics — lay and clergy alike — to participate in American public life without defamation or discrimination," the Catholic League is registered as a 501(c)(3) charity, whose public charity status is based on the fact that it "receives a substantial part of its support ... from the general public."

Indeed, 86 percent of the Catholic League's annual revenue comes from small donations from regular Catholics — what Donohue calls "the rank and file." Those donations over the years have helped amass a fortune for the Catholic League, which is sitting atop $35 million in assets, with very few liabilities.

Only a fraction of that money (under $3 million per year) is being used toward Catholic activism. The rest? It's sitting in an investment account with Christian Brothers Investment Services (CBIS) annually accruing nearly $500,000 of interest — just enough to cover Donohue's salary.

To put things in perspective, according to a 2014 survey, the median salary of non-profit CEOs was $100,000. Those with a higher operating budget make more. CharityNavigator.com found that charities with more than $200 million in expenses report a median CEO salary of $526,000, whereas charities with $1–3 million in total expenses report a median pay of $97,000. Catholic League's expenses in 2013 were $2.83 million. Yet Donohue is making as much as CEOs in charities expending $200 million.

In spite of this goldmine, Donohue continues to send out letters begging for more, even asking supporters to contribute money to fight against the very companies CBIS profits from. Catholics who donate presume their money is being used to defend the Faith; what they don't know is that most of it is being sunk into Catholic League's fat financial portfolio, managed by a very questionable firm.

CBIS prides itself on screening out corporations in "fundamental conflict" with Catholic teaching.

We develop the criteria for our Catholic investing screens and active ownership efforts by examining Church teachings and United States Conference of Catholic Bishops (USCCB) investment guidelines, conducting research and surveys (to help identify the consensus views of Catholic institutional investors) and assessing the potential financial impact of our program.

But records show CBIS not only invests in major corporations that promote abortion, contraception or the gay agenda, it also holds stock in companies that distribute pornography.

(Incidentally, Br. DeThomasis is a dissident Catholic, publishing a book in 2012 promoting female ordination, and writing off Church teaching on the matter as "silly." He also rejects the practice of withholding Communion from pro-abortion politicians, and encourages young Catholics "to question, dialogue, doubt and challenge" the "institutional Church.")

Catholic League & CBIS Deny Wrongdoing
Strobhar spoke with ChurchMilitant.com and revealed that after sending his report to the Catholic League, he received a response from Fr. Philip Eichner, chairman of the board, who wrote off his concerns as "exaggerated."

"Nothing is totally pure," Fr. Eichner responded. "The only non-contaminated place for keeping our money would be under the mattress."

CBIS also wrote Strobhar, similarly discounting his concerns. "[T]he world is more complicated and interconnected than Mr. Strobhar would like to admit or accept."

ChurchMilitant.com reached out to CBIS for comment, and media spokesman Michael Castino confirmed that CBIS continues to invest in companies that distribute pornography. "We believe that not excluding companies which might distribute pornographic content is consistent with, and perfectly acceptable under, Catholic ethical teaching."

According to Castino, "a better, long-term approach is to work with those companies to get them out of that business. To that end, we have directly engaged several firms, including AT&T, by writing letters and speaking with management."

We had asked Castino specifically to address its $26-million investment in Google, but Castino failed to respond to our query.

ChurchMilitant.com also reached out to the Catholic League for comment, but as of press time has received no response.

So what does an authentically Catholic investment firm look like? Strobhar says, "Investment counselors should be especially sensitive to companies that take human life (abortion) or destroy human souls (pornography). Other issues are important, too, but these should be paramount."

"It may sound simplistic," he continues, "but one might ask, 'What would Jesus invest in?' As an owner of a company you are promoting and profiting from whatever they do."

He notes that firms have many choices, and contrary to CBIS's claims, no firm is "forced" to dirty its hands with investments that are morally questionable. Rather, it's a matter of choosing the soul's good over money.

"There are thousands of investment choices. It is not hard to go to choice B. Christians take their marching orders from the crucified Son of God of all the universe."

Advancing Abortion and the Gay Agenda
What of CBIS's other holdings? A quick glance at their top 10 holdings for their CUIT Balanced Fund shows little to distinguish it from secular investment firms. 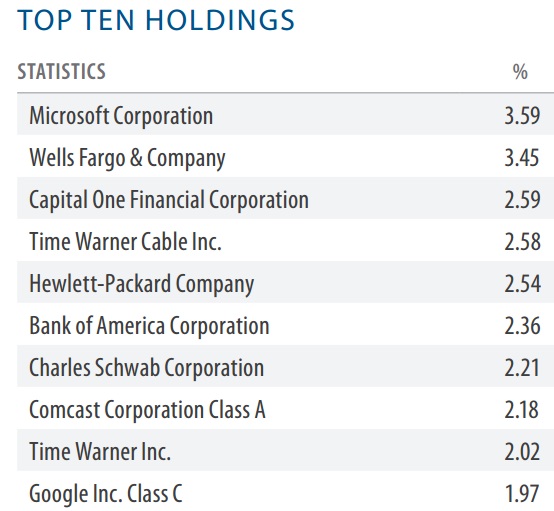 [T]he first impression is that these are the sort of holdings you'd find in a mainstream fund with no ethical policy at all, so I'm very surprised to find them in a fund which is faith-based and, secondly, that is supposedly to have an ethical policy. ... For the individual Catholic clients or Catholic institutions that we advise, all of those companies would be unacceptable. We would certainly place them on the "Not Approved" list.

Seven of the top 10 holdings — Microsoft, Wells Fargo, Capitol One, Hewlett-Packard, Bank of America, Comcast, Google — were among nearly 400 corporations that signed their name to a brief submitted to the U.S. Supreme Court in March urging it to legalize same-sex marriage.

Campbell Soup, one of CBIS' investments, is one of the most aggressively vocal pro-homosexual corporations in America, recently releasing an ad featuring two gay "dads" with their young son.

Facebook, another of CBIS's holdings, is a prominent supporter of the gay agenda, creating the "pride" filter that allows users to superimpose a rainbow flag over their profile picture to show support for gay "marriage." The only other filter Facebook has created is the French tricolor, to show solidarity with Parisians gunned down in the recent Islamic terror attacks.

Apple, headed by openly gay Tim Cook, also signed on to the Supreme Court brief supporting same-sex marriage, even creating gay and lesbian emojis for its iPhone operating system. Apple is one of CBIS's biggest investments.

A number of companies owned by CBIS have also directly supported abortion, either currently or in the past: AT&T, Coca Cola, Bank of America, ExxonMobil, Macy's, Microsoft, Wells Fargo, etc. CBIS also has holdings in Merck, which manufactures and sells contraception, and Geron, which was heavily involved in human embryonic stem-cell research. (See CBIS' proxy voting database here.)

More companies could be named, but at this point the picture becomes clear.

Operating at a Loss
The latest financial records show the Catholic League has suffered a drop in donations, receiving $2.7 million in 2013, the lowest amount over its most recent five-year span on record. Its total expenses, however, were $2.83 million. That's a loss of $130,000 — except that its investment income from Christian Brothers makes up for that, bringing in an extra $482,000.

To put it simply, if the Catholic League didn't have that investment income, it would be operating at a loss, with an end-of-year debt of $130,000 — which means expenses like Donohue's $475,000 salary would not be covered.

Donohue once told The New York Times he had never accepted a check from former New York City mayor Rudolph Giuliani. Considering he's accepted plenty of checks from other sources and is sinking most of them into a gigantic investment account that does little more than accrue wealth for the Catholic League — and through questionable means — the League's supporters have a right to ask why their money is being put to such use.