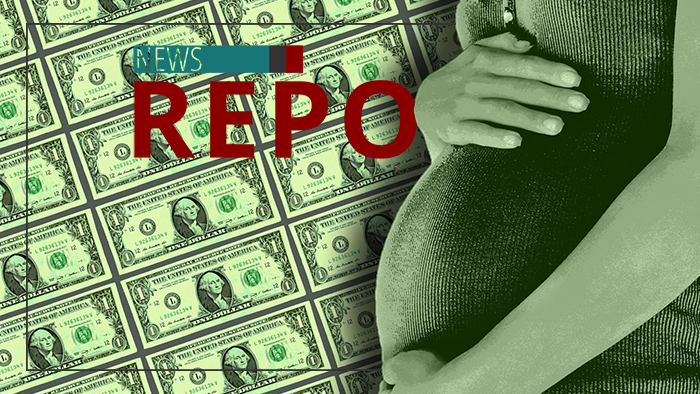 The USCCB is at it again. Michael Hichborn of the Lepanto Institute is reporting our bishops are partnering with a coalition that supports abortion.

It's not the first exposé the Lepanto Institute has done on how the U.S. bishops spend Catholic money. Hichborn has been warning Catholics for years that groups like Catholic Campaign for Human Development (CCHD) indirectly support anti-Catholic agendas.

Michael Hichborn, president, Lepanto Institute: "What they do is they go in prisons and help women who are being incarcerated obtain access to abortion. We've exposed this in 2020, we exposed it in 2021, and they're still getting a grant. I think they're on their third grant now."

This time, Hichborn is exposing a nefarious partnership between the bishops and an organization called Protecting Immigrant Families, or PIF.

Hichborn: "The Protecting Immigrant Families coalition was created in 2017 as a stand against President Trump's policies regarding immigrants and tax-funded benefits. But in June of this year, PIF took a formal stand to include access to abortion as a benefit that immigrants should have."

Knowing Satan's great war on sexuality and marriage, it's imperative the Church stand firm against the onslaught of attacks on human life. Hichborn warns of the scandal in the making.

Hichborn: "In their public statement this summer, PIF said, 'We believe that everyone should have the right to methods of abortion that they determine to be best for themselves.' And then they demanded that Congress actually codify abortion as a constitutional right."

Although some charitable endeavors may come with foreseen but unintended consequences that must be discerned by what moral theology calls the principle of double effect, Hichborn is adamant this partnership constitutes an unjustified cooperation with evil.

Because of the way PIF works, as a member, the USCCB would have known about the crafting of this statement ahead of time. However, the principles that the USCCB had to sign on to, as a member of PIF, actually requires [sic] that it maintain public silence with regard to a statement like this. This is absolutely unacceptable! The USCCB and all Catholic members of this coalition must immediately and publicly withdraw from the coalition!

The bishops publicly withdrawing from a social service liaison that directly supports sin is not without precedent.

Hichborn: "Back in 2010, the USCCB had to publicly withdraw from the Leadership Conference on Civil and Human Rights, for similar reasons. This case really is no different."

Organizations like Hichborn's Lepanto Institute look out for the spiritual and financial interests of Catholics. It may be advantageous for the bishops to see Lepanto as a partner in discerning the moral allocation of funds rather than an adversary.

The Lepanto Institute has been reporting on CCHD for many years. Check out their website at Lepantoin.org.