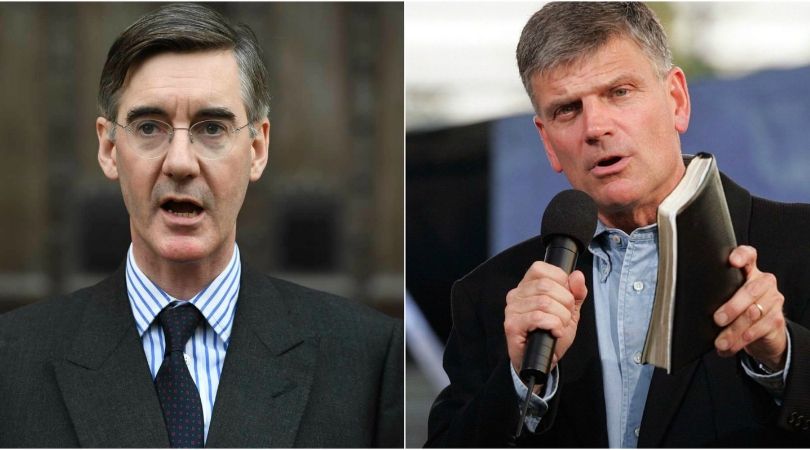 LONDON (ChurchMilitant.com) - A leading traditionalist Catholic politician has robustly defended Franklin Graham's right to freedom of speech and freedom of religion after all seven venues booked by the preacher banned the evangelist from speaking during his forthcoming tour of the United Kingdom.

Liberal Anglican bishops had joined hands with anti-Christian secularists and gay activists in attempting to silence Graham by accusing him of peddling hate speech.

The Leader of Britain's House of Commons, Jacob Rees-Mogg, condemned Graham's "no-platforming" as a "particularly disagreeable modern trend" and stressed that freedom of speech was of "fundamental importance" for British society.

Speaking in Parliament on Thursday, Rees-Mogg warned that the service providers running the seven tour venues were in danger of discriminating against Graham "unlawfully on grounds of religion and belief."

"The U.K. has robust protections for freedom of speech and freedom of religion, and the price of living in a free, plural society is tolerating views and beliefs that we disagree with or are even offended by," Rees-Mogg told members of Parliament.

Alluding to liberal Anglican bishops who called for Christians to boycott Graham's evangelistic meetings, Rees-Mogg lamented the "sad truth that many people who tout themselves as being liberal are liberal only about what they like and are very intolerant of the views with which they disagree."

It comes to something when leading politicians understand the law protecting our freedom to preach the gospel better than bishops in the Church of England.

Anglican bishop of Sheffield Pete Wilcox had initially triggered a mounting leftwing hysteria against the son of the legendary evangelist Billy Graham when he used the diocesan website to denounce Graham's preaching as "repeatedly and unnecessarily inflammatory."

Wilcox, who hails from an evangelical background, but now supports the progressive agenda of the Church of England, called Graham "a risk to the social cohesion of our city." He said he could not "support the Graham Tour mission event" and "so will not be encouraging parishes in the diocese of Sheffield to support it either." Graham has said he has "great difficulty with the religion" of Islam, while he loves Muslim people.

Bayes, a bellicose LGBTQ+ activist, insinuated that in comparison to his father Billy Graham, the son's preaching promoted "angry politics, walls, exclusion" and "fear of the other."

Steven Croft, Anglican bishop of Oxford, another stop on Graham's tour, confirmed he was "broadly in agreement" with Wilcox and his diocese was "currently working with others to consider the most appropriate response to Graham's planned tour next summer."

We have to contrast the behavior and values of the three Anglican bishops of Sheffield, Liverpool and Oxford — who supported the progressive censorship of Franklin Graham — with the courage and integrity of the Catholic voice of Jacob Rees-Mogg who insisted in Parliament that censorship of Graham's mission was against the law and repudiated it.

Given their history of suppression by the Church of England, "Catholics should be sensitive to exclusion on the grounds of religious belief. They have picked up the torch of freedom of speech and religion and freedom to preach the gospel where greatly to their shame the National Protestant Church has chosen secular so-called cohesion and censorship instead," Ashenden, a recent Anglican convert to Catholicism, observed.

Many people who tout themselves as being liberal are liberal only about what they like and are very intolerant of the views with which they disagree.

Andrea Minichiello Williams, CEO of the Christian Legal Center, confirmed to Church Militant that "under the Equality Act 2010 religion and belief is a protected characteristic."

It comes to something when leading politicians understand the law protecting our freedom to preach the gospel better than bishops in the Church of England. It is particularly perturbing that the bishops are issuing statements against Franklin Graham's U.K. tour. Who will they try and shut down next?

Conservative Member of Parliament Fiona Bruce prodded parliamentarians into issuing "a statement on whether we can really call ourselves a tolerant, inclusive and diverse society that respects freedom of speech, whatever one's religion or beliefs, if we deny the Billy Graham Evangelistic Association a platform in this country?"

Bruce, a Christian pro-lifer, reminded the House of Commons of the prime minister's Christmas message, in which Boris Johnson said the U.K. would "stand with Christians everywhere, in solidarity, and will defend your right to practise your faith."

Columnist Adrian Hilton, writing on the Archbishop Cranmer blog, blasted the response of the Anglican bishops: "Franklin Graham happens to believe that marriage is between a man and a woman, and that homosexual acts are a sin. This is, of course, 'homophobic' and 'hateful,'" he mockingly wrote, adding: "Doesn't the Church of England believe that marriage is 'a faithful, committed, permanent and legally sanctioned relationship between a man and a woman?' Doesn't it believe that homosexual acts 'fall short of God's purpose for human beings?'"

Meanwhile, over 8,000 people signed a petition to ban Graham's tour. The campaign claimed that Graham "travels around the world telling tens of thousands of people that Satan runs the LGBT+ movement" and warns "people of the consequences of being gay, threatening impressionable young people with the 'flames of Hell.'"

In 2019, responding to an anti-Trump editorial in the evangelical journal Christianity Today, Franklin Graham commented: "My father knew Donald Trump, he believed in Donald Trump and he voted for Donald Trump. He believed that Donald J. Trump was the man for this hour in history for our nation."

In 2017, Rees-Mogg caused a media storm after publicly voicing his opposition to same-sex "marriage" and abortion on the basis of traditional Catholic teaching. 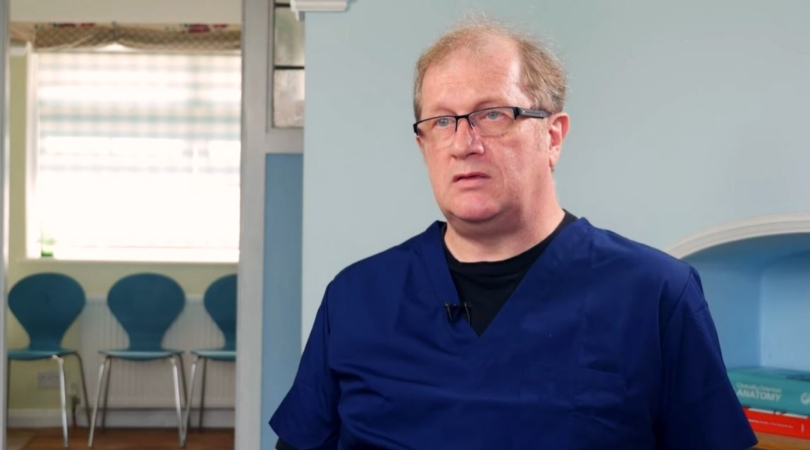