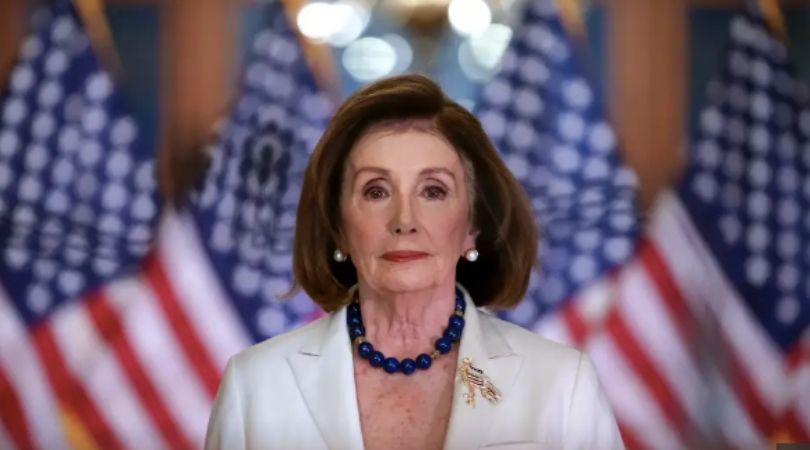 WASHINGTON (ChurchMilitant.com) - House Speaker Nancy Pelosi is getting backlash for again declaring she is Catholic — this time in response to a reporter who asked if she hates President Trump.

Sinclair Broadcasting reporter James Rosen posed this question after her impeachment update delivered at the Capitol on Thursday: "Do you hate the president, Madame Speaker?"

Pelosi's exchange with Rosen came at the end of her statement, in which she somberly alluded to the Founding Fathers, King George and the survival of democracy.

"Sadly, but with confidence and humility, with allegiance to our founders and our heart full of love for America, today, I am asking our chairman [Jerrold Nadler of the House Judiciary Committee] to proceed with articles of impeachment," the 79-year-old added.

Nancy Pelosi just had a nervous fit. She hates that we will soon have 182 great new judges and sooo much more. Stock Market and employment records. She says she 'prays for the President.' I don’t believe her, not even close. Help the homeless in your district Nancy. USMCA?

"Heart full of love? Humility? What is she talking about?! [The impeachment is] a partisan hack job to undo the will of 63 million Americans!" the Gateway Pundit commented.

Other critics have called Pelosi's performances "bizarre" and "weird."

Fox News contributor Charlie Hurt said this most recent one looked like a "hostage video" of a person "who has been hijacked by some ruinous left-wing nutjobs in her party," adding, "but it was also a woman who has lost grip on reality."

"Not only is Mrs. Pelosi a rank liar, she has zero grip on the Constitution and a fast diminishing relationship with reality," Hurt elaborated.

Looks like the Democrats need an intervention and a long rehabilitation program. https://t.co/8iMY6dCJ2c

CNN writer Elaine Popovich came to Pelosi's defense, but not before conceding that Pelosi's "storied D'Alessandro political family" from Baltimore "were all christened into the Roman Catholic Church and the Democratic Party.''

"One thing she learned growing up ... was to channel that religious and Democratic savvy into practical politics. It's not productive to get mad, she believes, but it is productive to get even," Popovich said.

Before Pelosi huffed off the stage, she said to Rosen, "As a Catholic, I resent your using the word hate in a sentence that addresses me. I don't hate anyone. I was raised in a way that is a heart full of love," adding that she prays for President Trump.

Nancy Pelosi claims impeachment is not about politics.

Then why has she been conducting focus groups on it?

It’s ALL politics and her own caucus has admitted it! pic.twitter.com/mNME1RIuI0

"So don't mess with me when it comes to words like that," Pelosi scolded.

As a Catholic, Pelosi holds a position on abortion that cannot be reconciled with the moral teachings of the Church. The Catechism of the Catholic Church says: "Since the first century the Church has affirmed the moral evil of every procured abortion. This teaching has not changed and remains unchangeable. Direct abortion, that is to say, abortion willed either as an end or a means, is gravely contrary to the moral law" (CCC 2271).

The speaker's record on abortion includes voting no on banning federal health coverage that includes abortion, yes on expanding research to more embryonic stem cell lines, no on restricting interstate transport of minors to get abortions and no on making it a crime to harm an unborn child during another crime.

In California's 12th congressional district, which Pelosi represents, the quality of material and spiritual life is poor: Homeless people live in tents lining major streets and eat out of garbage cans, the city stinks of urine and feces and drug addicts shoot up openly in the city subways.