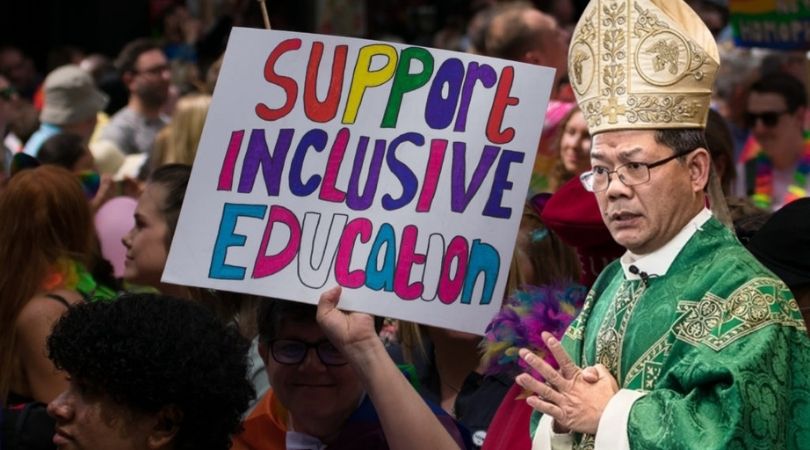 Bishop backtracks after lengthy battle over gender ideology in schools

PARRAMATTA, Australia (ChurchMilitant.com) - Catholic parents resisting LGBT+ indoctrination in the schools of the diocese of Parramatta won a resounding victory after pro-gay bishop Vincent Long dropped his opposition to a bill seeking to protect children from gender ideology.

Church Militant earlier reported that Long rejected the Education Legislation Amendment (Parental Rights) Bill 2020 from secular lawmaker Mark Latham that would "prohibit the teaching of the ideology of gender fluidity to children in schools."

Latham's bill upheld Catholic teaching on sexuality and the role of parents, insisting that "schools should not usurp the role of parents" and clarifying that "parents and not schools" are primarily responsible for instructing children in issues of sexual morality.

In an earlier submission to a government consultation on the bill, the Catholic Education Diocese of Parramatta (CEDP) headed by pro-LGBT+ Greg Whitby claimed that Latham's bill was "counter to promoting and respecting the human dignity of all."

The submission sparked protests from parents, who prayerfully picketed St. Patrick's Cathedral with banners announcing, "Bp. Long is Wrong," "Bp. Vincent, be a good shepherd," and "Hands off our children."

On Wednesday, Long issued a new submission superseding the earlier document from Whitby and the CEDP, affirming "the prohibition of teaching gender ideology (gender fluidity) in an educational setting."

I was rather surprised to learn of Bp. Vincent's about-turn. However, I'm pretty sure it's not a true conversion by any means.

The diocese of Parramatta "strongly affirms the Catholic teaching that parents are the primary educators of their children in matters of faith and education," the submission stressed, "provided it occurs within a framework of open collaboration with the school."

However, multiple sources from the diocese, including a serving priest, told Church Militant that they "remained skeptical about the future, given the protracted battle for a Catholic education parents had waged with Bp. Long."

"I was rather surprised to learn of Bp. Vincent's about-turn. In fact, I thought I must have misread the latest. However, I'm pretty sure it's not a true conversion by any means," a priest (who requested anonymity) said.

Pointing to statements in the new submission which still seem to support gender ideology, the priest remarked, "I still detect the ideological meta-narrative behind a lot of what he says. Someone with clout must have got to him."

The priest noted that statements like "The diocese supports the individual and loving the individual, regardless of their sexual orientation" could be read as a form of weaponized ambiguity in the light of Long's opposition to teaching Catholic doctrine on sexuality.

We strongly endorse the leadership of Pope Francis and his pastoral approach, which places great emphasis on inclusivity, dialogue and the acceptance of each unique child of God.

The submission also states, "We strongly endorse the leadership of Pope Francis and his pastoral approach, which places great emphasis on inclusivity, dialogue and the acceptance of each unique child of God."

Bishop Long says he "encourages respectful and intelligent dialogue with students, with our deeply committed teaching staff and within a caring Catholic environment about sensitive or challenging topics such as consent, sexuality and gender."

"It is important that the school community is able to challenge unhealthy, ill-informed and discriminatory attitudes," Long's submission adds.

"I know a lot of people complained to the nuncio and the bishops' conference. But I did hear from a priest ... that Bp. Long stood out as a very lonely figure among the episcopate — no one was talking to him," the priest told Church Militant.

Long's reversal follows his April 27 letter to Catholics in which he insisted that the earlier decision to oppose the bill was guided by Catholic teaching since the lives of children at risk could be made "more intolerable by unjust laws such as elements of the 'Latham' bill."

Father John Rizzo, chaplain at Tyburn Priory in Riverstone, supported protesting parents and asked Bp. Long to resign, as his "stance regarding homosexuality is at odds with the teachings of the Catholic Church."

"Your zealous approach to 'inclusivity' towards the LGBTQI community is very confusing to Catholics wanting to be faithful to the Church," Rizzo wrote in an email to Long.

On May 3, Parramatta Catholics submitted a 24-page appeal to the Vatican's Congregation for the Doctrine of the Faith, calling for the removal of not only Bp. Long, but also the diocese's vicar general, Fr. Christopher de Souza, and executive director of Catholic education Greg Whitby.

Campaigner Charlie Bakhos earlier told Church Militant that Long, Whitby and de Souza were the "'axis of evil' in our own Catholic Church in Parramatta. We find ourselves constantly having to defend our Faith. It's time for them to go." 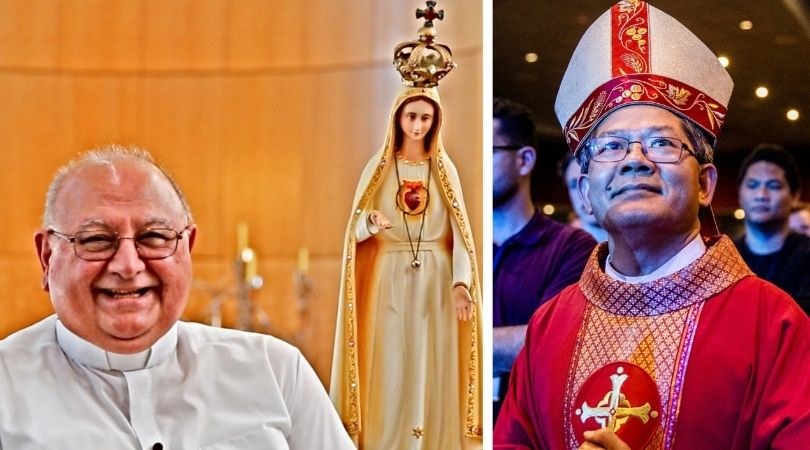