Neil Gorsuch has withstood three days of sprawling, contentious hearings with aplomb. The closest the Supreme Court nominee has come to losing his cool was when asked about the Catholic philosopher to whom Gorsuch has close ties.

That philosopher is Dr. John Finnis. Finnis, a professor at Notre Dame Law School, is one of the most prominent modern advocates of natural law thinking. Finnis is also a faithful Catholic, and jumped into the controversy over Amoris Laetitia, asking Pope Francis for clarifications on his apostolic exhortation.

And Finnis was Neil Gorsuch's advisor at Oxford, guiding the future nominee on a dissertation that eventually became Gorsuch's 2009 book, The Future of Assisted Suicide and Euthanasia, a work strongly influenced by Finnis' views on law and natural rights.

The Catholic philosopher was mentioned by Illinois senator Dick Durbin in the context of his defense of traditional marriage in 1995, when he provided testimony in Romer v. Evans, a case that eventually made it to the Supreme Court and served as a stepping stone for nationwide legalization of same-sex marriage in 2015.

A political community which judges that the stability and protective and educative generosity of family life is of fundamental importance to that community's present and future can rightly judge that it has a compelling interest in denying that homosexual conduct — "a gay lifestyle" — is a valid, humanly acceptable choice and form of life, and in doing whatever it properly can, as a community with uniquely wide but still subsidiary functions, to discourage such conduct.

Durbin also evoked Finnis' criticism of mass immigration, likening his comments to those recently made by Iowa Rep. Steve King about demographic replacement. Finnis condemned mass immigration in a 2008 paper, going so far as to justify labeling some immigrant cultures "inferior" when they threaten the culture and the public good of the host country.

Gorsuch's affinity for Finnis in his own writings suggest a man who will defend the right to life in the context of both abortion and assisted suicide.

The Illinois senator attempted to tie the nominee to Finnis' statements, going so far as to suggest that Finnis had helped write Gorsuch's dissertation, a claim Gorsuch firmly and almost angrily denied.

Though Gorsuch was able to distance himself from Finnis' opinions, the professor's stamp is seen on much of Gorsuch's work. The Future of Assisted Suicide contains segments that suggest the nominee shares his mentor's view on the sanctity of life. From the book:

To claim that human life qualifies as a basic good is to claim that its value is not instrumental, not dependent on any other condition or reason, but something intrinsically good in and of itself. We seek to protect and preserve life for life's own sake in everything from our most fundamental laws of homicide to our road traffic regulations to our largest governmental programs for health and social security.

This bears striking resemblance to Finnis' opinions. Finnis, in his Natural Law and Natural Rights, assigns to life a basic and incommensurable value that stands as an objective guide for later behavior. Finnis uses the identification of basic values as a guide for how a good society must be developed.

This conception of life stands in stark contrast to that put forth by the modern Supreme Court. In Planned Parenthood v. Casey, the 1992 case that upheld Roe v. Wade, the Court infamously concluded: "At the heart of liberty is the right to define one's own concept of existence, of meaning, of the universe, and of the mystery of human life."

Gorsuch has already commented on the weakness of this reasoning with relation to euthanasia, asserting that the Court's arguments "are hardy enough to sustain a constitutionally protected autonomy interest that could, in turn, sustain a right to assistance in suicide and euthanasia."

Gorsuch's affinity for Finnis in his own writings suggest a man who will defend the right to life in the context of both abortion and assisted suicide.

But Gorsuch's affinity for Finnis is far from a guarantee that the nominee will always defend Christian doctrine. This is owing to Finnis' method. He is a natural lawyer, but one who operates from a "ground up" humanistic standpoint, beginning with the identification of "basic values" and deriving larger principles from these. This method allows for fissures between the natural law and Eternal Law, i.e., it is possible to use Finnis' method to arrive at a moral rule that deviates from the Will of God.

This fact is troubling with regard to homsexual "marriage." As Matthew Cullinan Hoffman has noted, we know nothing about Gorsuch's view on homosexual rights. Gorsuch's personal history and attendance at a liberal church, along with the fact that his nominating president has called the Court's gay marriage holding "settled law," suggest Gorsuch may be not be a strong crusader for traditional marriage.

Gorsuch and Finnis seem to share a philosophy, yet this may not constitute a bulwark against moral decay. It is easy to imagine Gorsuch identifying a "basic value" that allows him to keep in place the Court's holding on same-sex marriage.

If Gorsuch has opportunity to roll back the Court's legalization of same-sex marriage and fails to do so, reliance interests will be part of his justification.

His originalist jurisprudence also leaves room for Gorsuch to endorse same-sex marriage. Gorsuch spent much of the hearing expressing his respect for precedent, i.e., the opinions of previous courts, yet also left the door open for change, saying that precedent is not "inexorable command. The court can reverse itself."

But Gorsuch has also placed significant emphasis on "reliance interests," in other words, the idea that the Court should not change precedent because people are now basing their decisions on the Court's previous holding. A so-called "reliance interest" has been used by conservatives on the Court to uphold abortion law, and was one of the justifications used by three Republican appointees in the Casey opinion: Because Americans were now basing their sexual decisions in reliance on the fact that abortion is legal, it would be wrong to overturn the holding in Roe. Similar justifications were used in the Romer case, when the same three justices claimed rights given to gays could not be rolled back by Colorado law.

During interrogation from Rhode Island Democrat Sheldon Whitehouse Wednesday, the nominee asserted what great emphasis he placed on reliance interests, agreeing that they conferred "an affirmative value" to person in organizing his behavior.

The amount of weight Gorsuch will assign to reliance interests is unclear. But if Gorsuch has the opportunity to roll back the Court's legalization of same-sex marriage and fails to do so, reliance interests will assuredly be part of his justification. 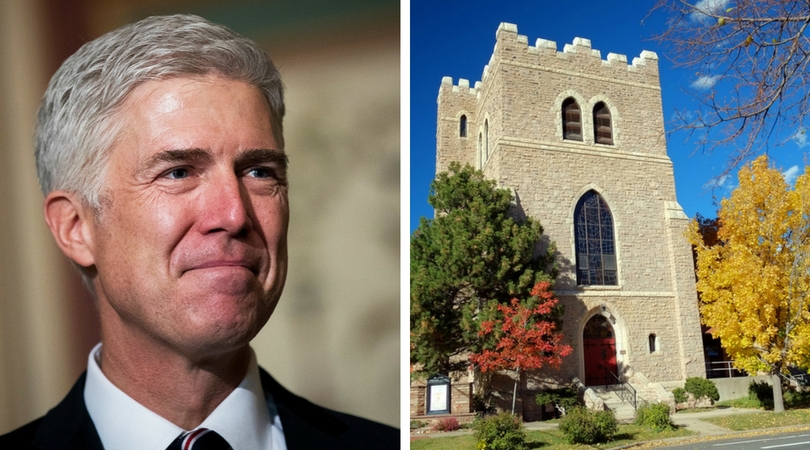