MINDONG, China (ChurchMilitant.com) - Catholics in China are calling on the international community for "urgent" help as the communist regime is ratcheting up its persecution with reports of priests being tortured to get them to register with the Chinese Patriotic Catholic Association (CPCA).

"The CCP [Chinese Communist Party] is atheist, so it will continue persecuting Catholics and make all people of faith believe in communism in the end," a priest observing the suffering of the underground church in Mindong informed Bitter Winter.

The priest also expressed hope that Pope Francis will realize the mistake of negotiating with the communist regime, saying, "The Pope does not see its essence clearly, still has illusions about it — and the unregistered Catholics are facing a calamity."

The torture of Fr. Huang Jintong represents the increasingly heavy-handed methods the CPCA is using to persuade clergy to bow before the state-controlled church.

Early in April, Church Militant, along with other international sources, reported on Fr. Huang's arrest at his home in the town of Saiqi and his being taken to an undisclosed location, escorted by over a dozen security officials.

At the time of his arrest, security forces said Fr. Huang wouldn't be coming home "for a month," a euphemism for however long it will take for him to renounce his loyalty to the underground Church and adopt a new allegiance to the CCP.

The priest was confined to a small room equipped with a surveillance camera and had strong lights beamed into his eyes 24 hours a day. Two officers, alternately taking naps, took turns watching him, threatening to keep him in detention for as long as he refused to join the CPCA.

The CCP is atheist, so it will continue persecuting Catholics and make all people of faith believe in communism in the end.

Sleep deprivation, commonly used to interrogate religious believers in China, is called "exhausting an eagle." The name derives from trainers of falcons and other birds who do not let their birds sleep, eventually, making them obey unconditionally.

After four days of sleep deprivation, Fr. Huang reportedly agreed to sign the CPCA document with the stipulation that "he will remain faithful to the Catholics doctrine" and on the condition of his being allowed to maintain "pure belief" and "communion with the pope."

The government officials refused the priest's request, pointing out that preconditions are not allowed per "national laws and regulations and the leadership of the CPCA."

Father Huang, exhausted from days of torture, signed the registration but refused a bribe of 50,000 RMB (about $7,000) to persuade other faithful priests in Mindong to join the CPCA.

He regrets signing the document but refuses to "wallow in the CPCA's swamp," according to local reports.

The caveats Fr. Huang asked to be included in his registration are clearly aligned with guidelines the Vatican issued last June which attempted to resolve the confused situation of the Catholic Church in China put in motion by the 2018 China-Vatican deal, brokered by disgraced former cardinal Theodore McCarrick.

Critics hold no illusions that the regime uses ... any means possible to completely transform what is left of the underground Catholic Church.

According to the guidelines, "If a bishop or a priest decides to register civilly, but the text of the declaration required for the registration does not appear respectful of the Catholic faith, he will specify in writing, upon signing, that he acts without failing in his duty to remain faithful to the principles of Catholic doctrine.

"Where it is not possible to make such a clarification in writing, the applicant will do so at least orally and if possible in the presence of a witness," the guidelines read.

But the Chinese communists have ignored the Vatican guidelines setting national laws and regulations above conscience and religion. Critics hold no illusions that the regime uses — and will continue to use — any means possible to completely transform what is left of the underground Catholic Church.

The Vatican and the CCP designated the diocese of Mindong to be a kind of "laboratory test" for the implementation of the China-Vatican agreement, which may account for the scale of the reports emanating from that region.

But religious and secular outlets also document the horrific suffering, torture and murder of Catholics and other religious throughout China.

A U.K.-based human rights group published a comprehensive report on religious persecution in China in March, which highlighted the extreme vulnerability of religious communities and their ongoing persecution. "The level of freedom of religion or belief in China is rapidly and significantly decreasing" was reiterated through the report.

The text asserted that conditions have worsened for all religious minorities since the revised Regulations on Religious Affairs of the Chinese Communist Party (CCP) was implemented in February 2018 and had worsened since the presidency of Xi Jinping.

It attested to the:

It also enumerates the arrests, detention, re-education, torture, house arrests and imprisonment of individual clergy as well as those priests whose current status is unknown — horrors which picked up after the China-Vatican agreement.

The priest observing firsthand the mayhem and madness calls on the international community and on the pope to help: "We can't just sing praises to the pope, we also have to convey true and objective information on the persecution of the Church, hoping that he will listen to our voice of criticism to self-reflect and do something to help us." 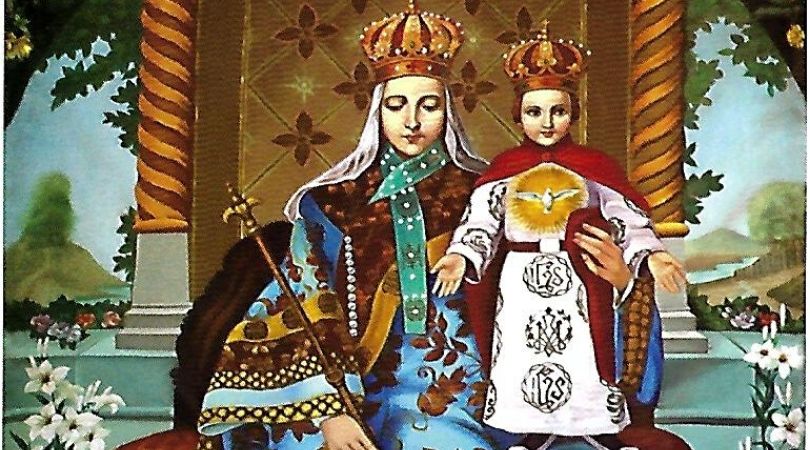