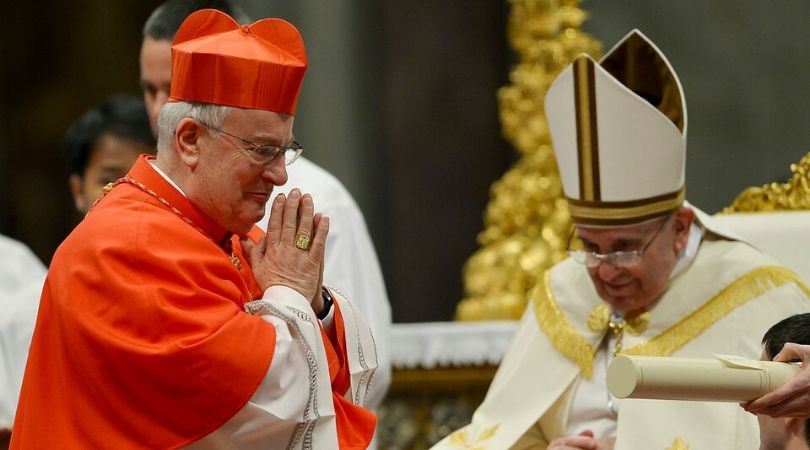 PERUGIA, Italy (ChurchMilitant.com) Italy's chief archbishop lashed out at critics of Pope Francis on the feast of Saint Francis de Sales, asking them to make "other choices" and become Protestants if they are unhappy with the policies of the present pontiff.

"Our Protestant brethren have neither the pope nor the bishop — everyone makes his own choices. I told someone they could make the choice of becoming Protestant if you don't like the Catholic Church, if this boat is too narrow," Cdl. Gualtiero Bassetti, president of the Episcopal Conference of Italy told journalists in Perugia on Saturday, at a press conference marking the feast of the patron saint of journalism.

"Are you not comfortable with the current pontiff? If someone does not like this pope, say it, because he is free to choose other ways," Bassetti told the Italian Catholic Press Union, lashing out at journalists unfavorable to the current papal regime.

The cardinal then apologized for his outburst but insisted that "everyone's goal must be to seek answers for the good of the Church and humanity."

"Criticism is fine, but this destructive criticism is not," the prelate added, observing that "there are too many people speaking against the pope."

Journalist and deacon Nick Donnelly told Church Militant that for a prince of the Church to tell "Catholic journalists critical of Francis to consider leaving the Church" was "a new low for the Bergoglian pontificate."

"That a cardinal archbishop would go so far as to publicly encourage schism shows how angered the Bergoglians are by an independent Catholic media and social media challenging their heresy and immorality," said Donnelly, adding:

It is disingenuous for Bassetti to reduce the crisis besetting the Church to being a question of "liking" or "disliking" Pope Francis. This isn't about a personality clash but about Catholic journalists who love the Church — sometimes at great personal cost — holding to account powerful prelates who are destroying the Church's communion by promoting false teaching.

At the Perugian press conference, Bassetti reiterated Pope Francis' message for the 54th World Communications Day on the theme: "So that you can tell and fix in memory" (Exodus 10:2), remarking that the priest and the journalist are united by their ability to "distinguish between what is good and less good, between what is right and what is poisonous."

"The journalist," said the cardinal, "becomes the voice if he can discern the cry of the least, of the poor and of those who have no voice" and so the journalist must be the herald of good tidings for the future. "For it is important that the journalist be rich in values ​​that guide his choices and his life."

"Healthy" information represents "a great service to the person and the community" and the media's role of "communication is a vital service, even more so because people are not realizing it," the prelate asserted.

I told someone they could make the choice of becoming Protestant if you don't like the Catholic Church.

Conservative media reacted sharply to the cardinal's threat, Secolo d'Italia viewing it as "something that looks like an excommunication" of the pope's critics.

The Italian newspaper called it "an attack of unprecedented violence, if we consider the role that Bassetti plays within the Church" — as president of the Italian bishops' conference.

"Bassetti is also archbishop of Perugia. And he launches this freighted warning before journalists in the Umbrian capital ... on the occasion of the celebrations of the feast of the patron saint of journalists?" the newspaper queried.

"In an age when falsification is increasingly sophisticated, reaching exponential levels (as in deepfake), we need wisdom to be able to welcome and create beautiful, true and good stories," the Holy Father said.

This isn't about a personality clash but about Catholic journalists who love the Church — sometimes at great personal cost.

"Not all stories are good stories," Francis noted, appealing for a deeper appreciation of the Bible as the "Story of stories" and "the great love story between God and humanity."

We may not even realize how greedy we have become for chatter and gossip, or how much violence and falsehood we are consuming. Often on communication platforms, instead of constructive stories which serve to strengthen social ties and the cultural fabric, we find destructive and provocative stories that wear down and break the fragile threads binding us together as a society. By patching together bits of unverified information, repeating banal and deceptively persuasive arguments, sending strident and hateful messages, we do not help to weave human history, but instead strip others of their dignity.

Los Angeles Auxiliary Bp. Robert Barron also added his voice to the debate, calling for bishops to "consider exercising their authority in the digital sphere" to combat "a disconcerting number of such people on social media who are trading in hateful, divisive speech, often deeply at odds with the theology of the Church."

Barron suggested that bishops may have "to introduce something like a mandatum for those who claim to teach the Catholic faith online, whereby a bishop affirms that the person is teaching within the full communion of the Church."

Bassetti has been criticized for his anti-Salvini position and for openly supporting the "sardines" (movimento delle sardine) also known as "Sardines against Salvini" — a leftwing political movement that gets its name from protestors tightly packed into public spaces.

"We must not be controllers of their dreams and if they are good dreams, we will say we will be with you," Bassetti told the sardines. 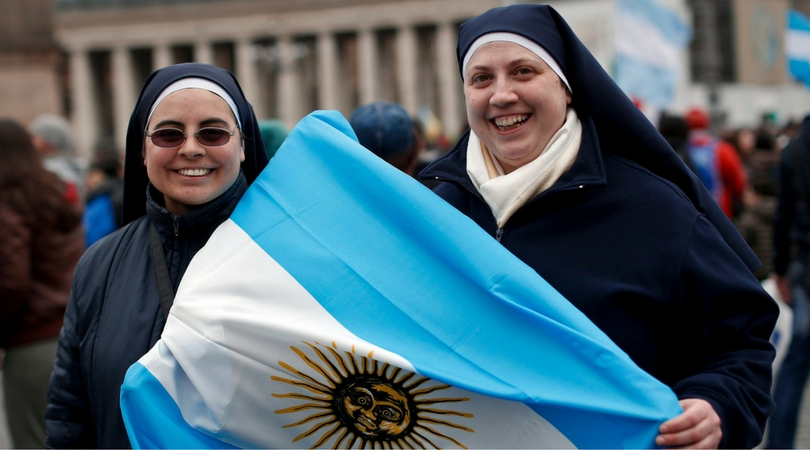