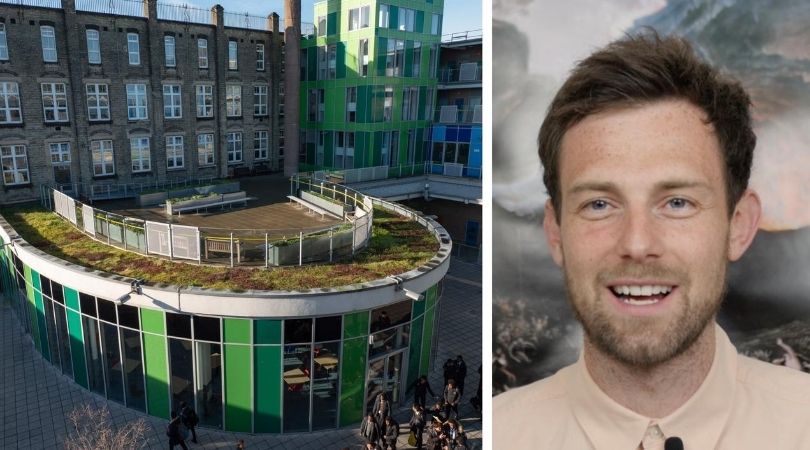 LONDON (ChurchMilitant.com) - A prestigious English school, one "proud of its Catholic tradition," has sacked a committed Christian teacher for describing Muhammad as a "false prophet" on YouTube.

"I believe Muhammad is a false prophet; I would suggest that Muslims have a false understanding of God because they've been led by a false prophet," 30-year-old Joshua Sutcliffe explained in a video titled "What does the Bible say about False Prophets."

"I know this is controversial, and I know that people might be offended by what I'm saying, but I do it in love and because I want to speak the truth," Sutcliffe, a mathematics teacher at St. Aloysius' College, Highgate, a leafy suburb of North London, said in his video.

St. Aloysius' College advertises itself as "privileged to be the oldest surviving foundation of its kind in the archdiocese of Westminster." It boasts that it previously celebrated the month of the Rosary with boys who "gave up their time to be together in prayer."

Speaking to Church Militant on Tuesday, Sutcliffe said he began posting videos on YouTube in Oct. 2019. The videos on his channel are evangelistic and offer "biblical reflections."

"On Nov. 1, I was brought in the Head's office and told by the deputy head that I was being suspended for five days to be investigated for saying Mohammed is a false prophet. A Muslim parent complained about the video," Sutcliffe explained.

At the meeting, Sutcliffe offered to resign and signed a piece of ruled paper stating he would resign.

The next day, the teacher retracted his resignation writing to Associate Headteacher Andy English, "As you can imagine, emotions were running high for me yesterday. You could say that I was bullied into writing a letter of resignation."

Sutcliffe asked for a meeting to "look at other possible options" and offered to bring a friend along. When he received no response, Sutcliffe wrote a second letter on Aug. 4 officially retracting his resignation, which he was "trapped into submitting."

"I was taken out of the lunch queue in front of all the students. I was then paraded through the school, which was very humiliating, and told I had a meeting. I was then told that I was being suspended for five days!" he wrote.

"I do submit to the disciplinary proceeding," he added, asking: "Can you make it very clear, what you'd like me to do during this time, as I consider myself to still be an employee of St. Aloysius' College?"

However, his contract was terminated on Nov 1. At the time, a court order prevented him from being named by the media. The ban expired on Aug 1.

"I have not filed legal proceedings, although I understand there are good grounds to take them to tribunal because of the pressure they applied during the meeting," Sutcliffe noted.

All these people bring destructive heresies which are against the teaching of Our Lord Jesus Christ, and so they are false prophets.

"All these people bring destructive heresies which are against the teaching of Our Lord Jesus Christ, and so they are false prophets," he said.

Russell Brand has "got this multi-faith idea that all faiths lead to the top of the mountain," he noted.

Sutcliffe's video carries a "trigger warning" stating, "Only watch if you can handle the truth."

Church Militant contacted Headteacher Andy English, who describes himself as an "experienced senior leader with a demonstrated history of working in the secondary education industry."

We asked English why Sutcliffe was terminated for expressing a view that has been the traditional and official position of the Catholic Church since the very inception of Islam.

Church Militant also wrote to Catholic Education Services of England and Wales. No reply was received as of press time.

In 1936, English Catholic thinker Hilaire Belloc wrote an essay declaring Islam to be a "heresy" and labeled Muhammad "the chief heresiarch."

Islam "began as a heresy, not as a new religion. ... It was a perversion of Christian doctrine. ... It differed from most (not from all) heresies in this, that it did not arise within the bounds of the Christian Church," wrote Belloc.

The Vatican II document Nostra Aetate, often used by liberal Catholics to color Islam favorably, does not mention Muhammad. The prophet of Islam is also not mentioned in the Catholic Catechism's statement on the Church's relationship with Muslims.

Islam began as a heresy, not as a new religion.

In 2017, Sutcliffe faced disciplinary action after he refused to refer to a transgender student by her preferred pronoun ("he").

"I did not intentionally refer to the pupil as a 'girl' and I do not believe it is unreasonable to call someone a girl if they were born a girl,” he stated.

"While the suggestion that gender is fluid conflicts sharply with my Christian beliefs, I recognize my responsibility as a teacher and a Christian to treat each of my pupils with respect," he said.

Sutcliffe took legal action against the Cherwell School in Oxfordshire after he was dismissed.

Sutcliffe told Church Militant he has found "other means to earn an income." The teacher said he goes regularly into public square seeking out lost souls and making videos where he "discusses ideas that stand against biblical orthodoxy."

Last year, the National Education Union raised concerns about an "alleged bullying-management culture" at the Catholic boys' school. Around 150 students joined a protest outside school gates, demanding a change in management.

The United Kingdom's Office for Standards in Education, Children's Services and Skills (Ofsted) gave the school a "requires improvement" rating — the second-worst rating — in 2019.