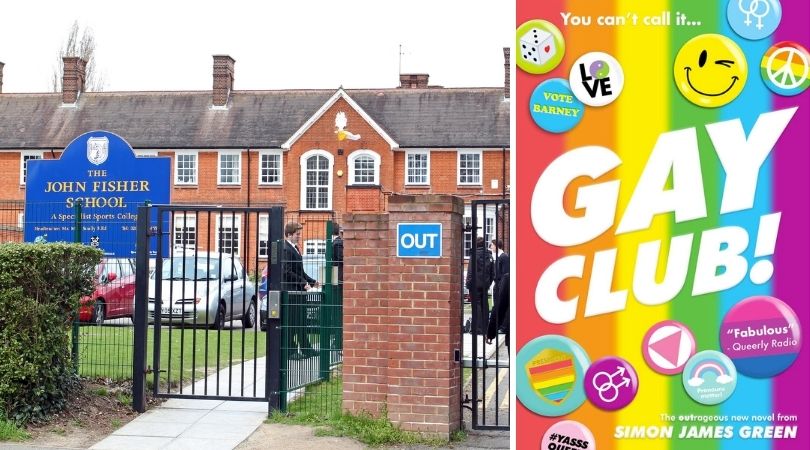 SOUTHWARK, England (ChurchMilitant.com) - Archbishop of Southwark John Wilson has fired governors at a Catholic school after they defied a diocesan directive telling the school to cancel a book-signing event by a writer of LGBTQ+ teen fiction.

Governors at St. John Fisher School in Purley, Croydon, voted to go ahead with the invitation extended to gay author Simon James Green — despite a memo from diocesan director of education Dr. Simon Hughes recommending the cancellation of the presentation.

Hughes' directive, sent last Thursday, noted that the event was "outside the scope of what is permissible in a Catholic school" and not "compliant with the Equalities Act 2010 and the Magisterium of the Catholic Church."

"In such circumstances, we have no alternative but to affirm our unequivocal and well-known theological and moral precepts and to act in accordance with them," the director emphasized.

Simon James Green raged against the cancellation on Twitter, noting what he is "most worried about [is] the message it sends to LGBT kids at that school and in general — that, somehow, they are wrong and inappropriate and everything they are is kind of sinful and problematic."

The gay author said the incident reminded him of section 28 — a law that banned schools and councils from "promoting the teaching of the acceptability of homosexuality as a pretended family relationship." The law was passed in 1988 and repealed in 2003.

The event is about promoting a lifestyle that is contrary to the teachings of Jesus Christ.

Green's website lists his 11 books, featuring titles such as Heartbreak Boys, Alex in Wonderland and Sleep-Over, Take-Over. Attitude magazine describes his books as "the best friend you wished you had as a shy, gay teen."

"Noah's plans are derailed when Harry kisses him at a party," Green writes, in the introduction to his novel Noah Can't Even. Green's You're the One That I Want is marketed on his site as "a beautiful gay coming-of-age story." His short story Penguins is about how "Cameron's coming-out moment is overshadowed by two gay penguins at the local zoo."

"There is nothing LGBT in those books at all," Green told I-News, defending his works as comedy novels with LGBT+ characters and "occasional kissing" but "nothing ... you wouldn't find in pretty much any young adult novel that's published today."

However, school chaplain Fr. James Clark sent an email to parents warning that Green's books "are not in line with Catholic education and are contrary to the ethos of our school and to the teachings of the Church."

Green's books 'are contrary to the teachings of the Church.'

Clark further explained in his email:

No one is denying the existence of those who have differing views and beliefs to ourselves.  The event is about promoting the literature of a lifestyle choice that is contrary to the teachings of Jesus Christ and, therefore, has no place in a Catholic school.

I have been in contact with the diocese throughout the week. His Grace Abp. John Wilson has been deeply troubled by the situation and has given his full support to Dr. Simon Hughes, who has been in direct communication with the headteacher.

Saint John Fisher had no choice but to make a stand against tyranny and to defend truth. Now is our time to imitate our patron and to restore the dignity of our former reputation prior to this situation.

"The headteacher and some governors have decided to disobey the clear instruction from the diocese, and this will have serious consequences in the weeks ahead," Clark lamented, noting that the event had "caused scandal in the local area" and "brought our international reputation into doubt."

Two governors who supported the chaplain and the diocese in affirming Catholic teaching resigned after they were initially overruled.

Several school staff members have threatened to walk out over the diocese's decision, and members of left-wing teachers' unions have expressed concern.

Hughes' letter announcing the dismissal of the governors by Abp. Wilson stated:

Since the foundation governors of a Catholic school are the custodians of its legacy and represent the archbishop in whose name the school is conducted, it is regrettable that the governing body has voted to allow the school to persevere with the event.

This decision has eroded mine and Abp. John's confidence in the governing body. As a consequence, we are removing the remaining foundation governors under the powers set out in the Articles and Instrument of governance. This renders the governing body inquorate and dysfunctional.

The letter from the director of education also revealed that the "archbishop's office has been bombarded with complaints about the event" conveying its offensiveness "to parents, past pupils and wider members of the Catholic community."

Meanwhile, Abp. Wilson is facing a barrage of anti-Catholic hatred from secular bodies calling upon the government to withdraw state funding from Catholic schools.

The British National Secular Society's chief executive, Stephen Evans, said, "If a visit from one of the United Kingdom's leading writers of LGBTQ+ teen fiction is considered 'outside the scope of what is permissible in a Catholic school,' the state should reconsider publicly funding such schools."

Saint John Fisher had no choice but to make a stand against tyranny.

The website Catholic Truth, which campaigned against Green's visit, praised Wilson for being "an outstanding defender of the Faith and true morals" and asked for prayer for the archbishop who "will suffer far worse" from the "vicious" enemies of the Church.

Ackred published a prayer affirming gender confusion and homosexuality and announced that every subject taught at the school would have at least one lesson educating pupils on LGBTIQ+ issues for LGBT+ History Month, Church Militant reported. 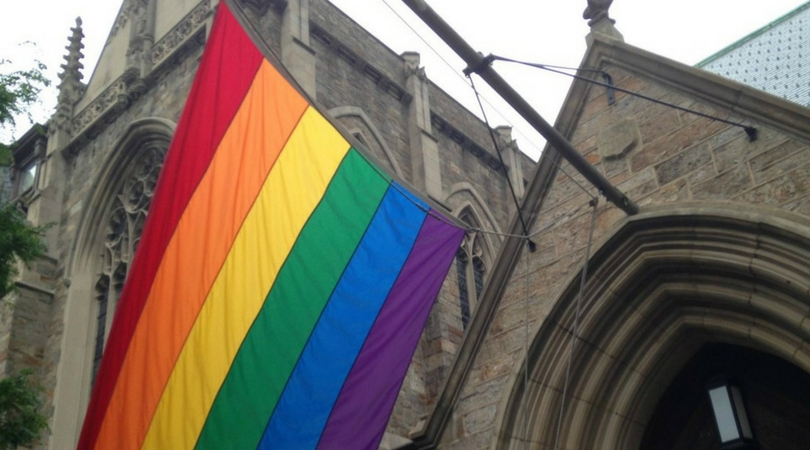