ST. LOUIS (ChurchMilitant.com) - An English teacher at a Catholic school has resigned following backlash to a social media post condemning Catholic teenagers who were smeared by the media.

After massive backlash to her retweet, Finley resigned. Her resignation was made known to the public on Feb. 1.

Following the March for Life on Jan. 18, there was a tense situation at the Lincoln Memorial involving some pro-life high-schoolers hailing from Covington Catholic High School in Kentucky. They were being taunted and cussed at by Black Hebrew Israelites when suddenly a group of Native American protesters, in D.C. for the Indigenous People's March, walked up to them.

A deceptively edited video clip of the encounter soon spread online. It seemed to show the high-schoolers, some of them in Make America Great Again hats, taunting an elderly Native American. Mass outrage ensued, with pundits, celebrities and others condemning the high school students as racist. But soon, more complete footage surfaced that exonerated the boys and undermined the mainstream media narrative.

Initially, even pro-life leaders and several bishops threw the boys under the bus. Some apologized and retracted after the fuller video surfaced.

On her personal Twitter account, Finley retweeted a tweet by teacher and blogger Doug Robertson that slammed the boys from Covington Catholic, saying, "They think they're adults enough to participate in a pro-life march. they're adult enough to suffer the public consequences of being racist, hateful piles of smug privileged garbage. White supremacy, encouraged by the president and his party, needs to be lit up and brought down."

Some Vianney High School parents were upset that Finley shared this politically charged tweet mocking pro-lifers. They drew attention to the retweet and called on the school to take action.

Finley has since released a statement about her resignation that reads, "I resigned because I care about my students more than myself. I would move mountains for them all. They feed my soul and watching them learn and grow is my greatest accomplishment."

Some of Finley's students say one of the most important things she taught them about was the danger of media bias. One Vianney High School senior told local news, "She educated the entire student body over what kind of signs to avoid and the kind of bias to keep in mind when you search the web and engage in political discussions on social media."

"I mean she's a good teacher, she has her doctorate and everything," another student said, adding, "When you do retweet that sort of thing and support those ideas, you aren't representing a Catholic school."

One of the Covington Catholic students who caught the most flak was Nick Sandmann, who is on video standing face-to-face with Native American activist Nathan Phillips. Sandmann and his family got legal counsel. On Feb. 1, attorneys representing the Catholic pro-life teenager issued letters to dozens of media outlets, reporters and public figures — as well as four Catholic dioceses — warning them of potential lawsuits.

Sending out notices like this is an important first step in defamation and libel suits.

The smear campaign against Sandmann and other Covington Catholic students — and even the school itself — led to online bullying, doxxing and death threats. 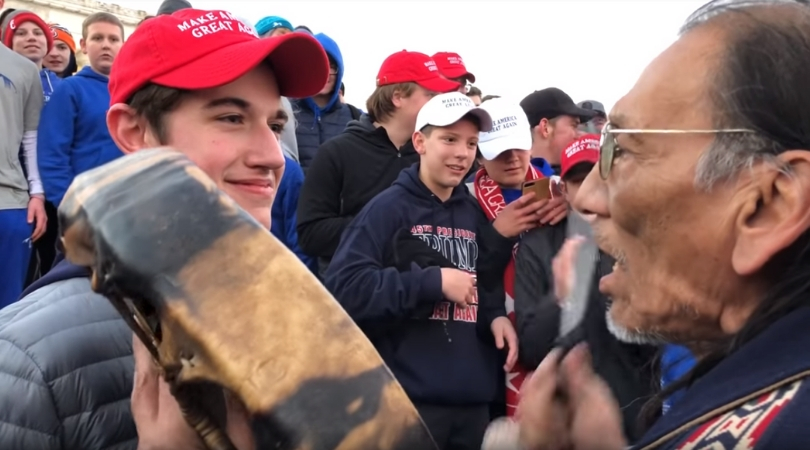 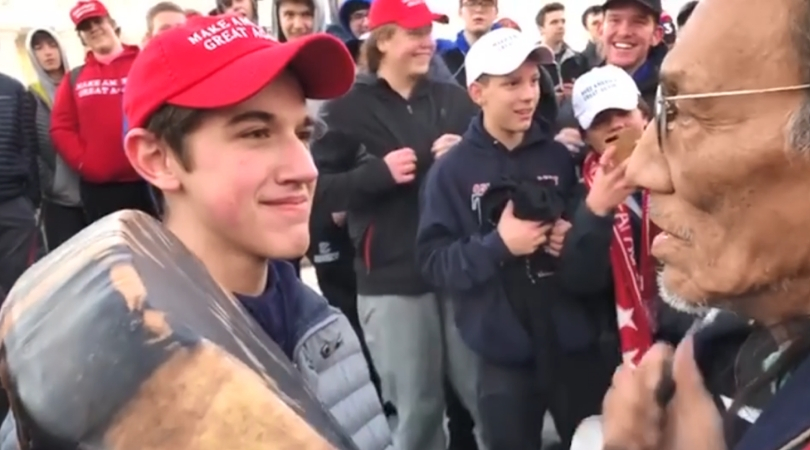