UPDATE, 4/9/2019: Attempting to address concerns from one alumnus who prefers to remain anonymous, Mount St. Mary's University President Timothy E. Trainor defends the school's selection of Shriver, and displays no signs of backing down. In fact, Trainor downplays Shriver's championing of abortion in the past and completely ignores Save the Children's current endorsement of the procedure as well as the group's advocacy of providing contraceptives to adolescents.

In the email forwarded to Church Militant, Trainor writes:

We are still very Catholic and a faith-filled university. The Mount is firmly pro-life and our Catholic identity and the teachings of the Church guide how we prepare our students for their significant lives. We continue to affirm the values and beliefs central to the Catholic vision of the person and society.

Mr. Shriver has not spoken publically [sic] about being pro-choice for the past 17 years and we believe his views about abortion are not represented accurately in the current public dialogue.

We are confident in our faith, our faculty, our students and our Catholic identity and that Mr. Shriver's work will speak powerfully of our mission of service to God and others. In fact, during his Faith in Action talk at Catholic University last March, Mr. Shriver stated: "The people that I admire most — my mother, my father, and Pope Francis — ask God for help every day and realize that they are not God. I believe each of them tried to heed Jesus' call to feed the hungry, to clothe the naked, and shelter the homeless — They tried to make the world a better place ... ."

To invite someone to speak at any event on campus is not an endorsement of every statement or action of that speaker. Instead, the invitation expresses our confidence in that person's ability to inspire or educate our students, in order to deepen their understanding of how they can live lives of significance in service to God and others.

Readers will note that the direct quote from Shriver employed by Trainor in the penultimate paragraph of his email refers to providing food, clothing and shelter to the needy, but makes no reference to the unborn or the dignity of human sexuality.

Alumni of Mount St. Mary's University in Emmitsburg, Maryland and the Cardinal Newman Society are voicing their outrage at the school's selection of Mark Shriver to deliver the 2019 commencement address while also receiving an honorary doctorate of humane letters. Shriver is president of the Save the Children Action Network, which, aligned with the Bill and Melinda Gates Foundation and Planned Parenthood, advocates for distribution of contraception and accessibility to abortion services for adolescents.

As a politician in 1999, Shriver received a 100% approval ranking from the National Abortion Rights Action League and has been outspoken about his support of legalized abortion. His appearance at Mount St. Mary's was preceded by a commencement address he delivered at another Roman Catholic college, Seattle University in Seattle, Washington, in 2016.

Shriver's selection to speak at the May 11 commencement has rattled past graduates and has resonated negatively with such groups as the Cardinal Newman Society (CNS), which published a lengthy protest on its blog on April 5. Some alumni have contacted Church Militant to express dismay their alma mater has made such a poor selection to receive an honorary doctorate degree and deliver the graduation address.

Shriver's selection, CNS argues, is an affront to Mount St. Mary's statement of Catholic identity, which reads in part:

At the center of our Catholic commitment is the belief that every person is a gift, a child of God, and a bearer of the very image of God. As a Catholic university, we are called to inspire students to discover their gifts and callings, to embrace learning, to play an active role in the community, and to lead lives of significance in service to God and others.

Additionally, the Cardinal Newman Society notes the school is ignoring the U.S. Conference of Catholic Bishops' (USCCB) Catholics in Political Life report by inviting a strident pro-abortion advocate, prompting it to ask:

The Mount would do well to remember its deep Catholic roots: it was founded in 1808 by French missionary Father John DuBois, a refugee of religious persecution, and sits on land once frequented by Saint Elizabeth Ann Seton, the first American-born saint and founder of the Sisters of Charity.

It is the teaching of the Catholic Church from the very beginning, founded on her understanding of her Lord's own witness to the sacredness of human life, that the killing of an unborn child is always intrinsically evil and can never be justified. If those who perform an abortion and those who cooperate willingly in the action are fully aware of the objective evil of what they do, they are guilty of grave sin and thereby separate themselves from God's grace. This is the constant and received teaching of the Church. It is, as well, the conviction of many other people of good will.

As our conference has insisted in Faithful Citizenship, Catholics who bring their moral convictions into public life do not threaten democracy or pluralism but enrich them and the nation. The separation of church and state does not require division between belief and public action, between moral principles and political choices, but protects the right of believers and religious groups to practice their faith and act on their values in public life.

Our obligation as bishops at this time is to teach clearly. It is with pastoral solicitude for everyone involved in the political process that we will also counsel Catholic public officials that their acting consistently to support abortion on demand risks making them cooperators in evil in a public manner. We will persist in this duty to counsel, in the hope that the scandal of their cooperating in evil can be resolved by the proper formation of their consciences.

Shriver's mother was Eunice Shriver, sister of John F. and Robert Kennedy and founder of the Special Olympics. His father, Sargent Shriver, was the failed 1972 Democratic vice presidential nominee and a founder of both the Peace Corps and Head Start.

The fact is that every Catholic college today faces a strong pull from the culture to compromise Catholic identity and secularize.

Although his parents were noted for their adherence to the Catholic faith, Mark Shriver has been outspoken about his deviation despite professing his Jesuit training and writing a favorable book about Pope Francis. For example, in a 2002 Washington Post Q&A conducted by columnist Bob Levey, Shriver — at the time a candidate for the U.S. House of Representatives in Maryland's eighth congressional district — was asked where he stood on family planning issues.

Women's issues are critically important and I will continue to fight for a women's right to choose; family planning funds; maternal and child heath funding and education for girls both here and abroad.

Addressing Save the Children's stated objectives and Shriver's position of authority there, CNS concludes Mount St. Mary's should withdraw its invitation:

The fact is that every Catholic college today faces a strong pull from the culture to compromise Catholic identity and secularize. Only those Catholic colleges that are intentional about remaining faithful to their Catholic mission will be able to avoid the temptation of compromise and hypocrisy.

Other bloggers are threatening to protest Mount St. Mary's graduation ceremony should Shriver appear to speak. 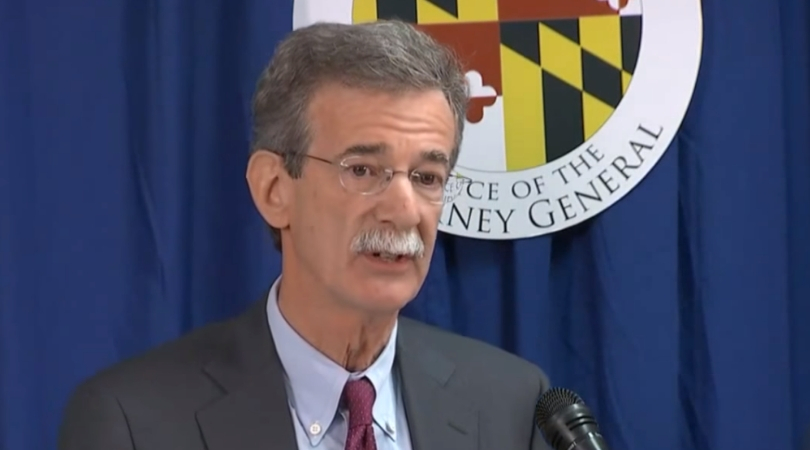 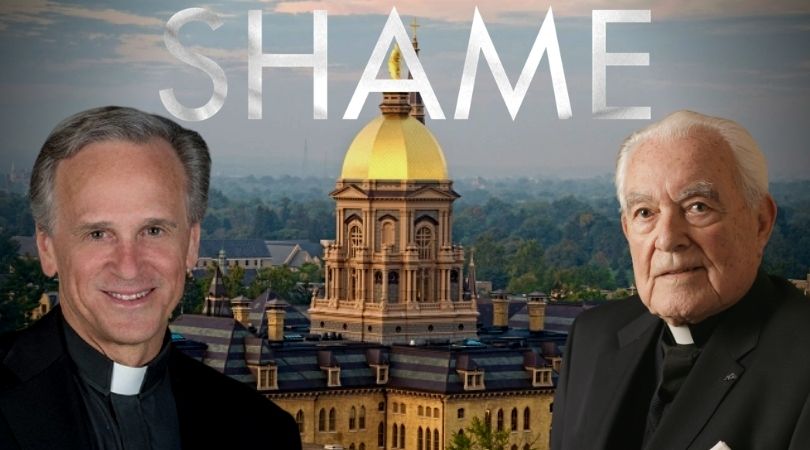