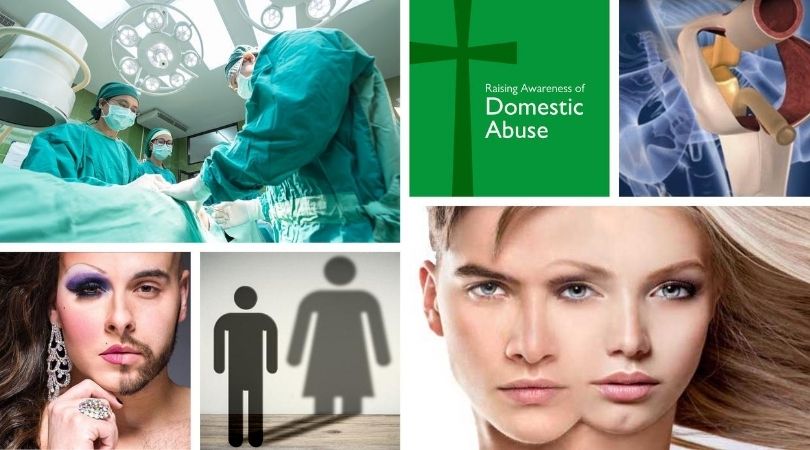 WESTMINSTER, England (ChurchMilitant.com) - A Catholic organization backed by the Bishops' Conference of England and Wales (CBCEW) is warning that "withholding medication or preventing treatment needed to express a person's gender identity" is a form of domestic abuse.

A partner or ex-partner of a transgender person who refuses to allow them hormonal treatment or gender reassignment surgery would be guilty of domestic abuse, states the new resource document from the National Board of Catholic Women (NBCW) of England and Wales.

Raising Awareness of Domestic Abuse intends "to raise awareness within the Catholic community of domestic abuse and the impact upon victims and their children," especially since neither "domestic violence and abuse are not addressed directly in the Catechism of the Catholic Church nor in the Compendium of the Social Doctrine of the Church."

Commending the document after its publication Aug. 11, CBCEW's liaison to the NBCW, Abbot Hugh Allan, O.Praem, called the resource a "timely booklet ... at a time when the crisis around the pandemic has seen an increase in cases of domestic abuse."

Faithful Catholics, however, are slamming the document for "dumbing down" marriage and presenting homosexuality as equivalent to heterosexual relationships.

The document refers repeatedly to 'partners' and only twice in the entire document to a 'spouse.'

"Equating domestic abuse in marriage to the type of violence that can be symptomatic of unions enmeshed in promiscuous same-sex relationships is both intellectually dishonest and effectively marginalizes Catholic truth about authentic sexuality, whilst joining in with the rather jaded chorus to normalize abnormal lifestyles," a former pastoral care adviser from England told Church Militant.

The adviser, who works closely with the CBCEW, said he "could not help being suspicious of quasi-official documents issued under the auspices of the English and Welsh hierarchy that declare their 'support' of Church teaching, but then go on to undermine it in the nitty gritty of the detail, all in the name of faux pastoral care."

Critics also noted that the document refers repeatedly to "partners" and only twice in the entire document to a "spouse."

The Prevalence of Abuse

According to the Office of National Statistics 2.4 million U.K. adults aged 16–74 were victims of domestic abuse in the year ending March 2019. Of these, 1.6 million were women and 786,000 were men, the document reveals.

The domestic abuse document skirts magisterial teaching on sexuality in a single sentence, defending the inclusion of a whole section on domestic abuse in homosexual and transgender relationships: "Whilst recognizing the teaching of the Catholic Church on same-sex relationships, there will be parishioners who identify as LGBTQ+."

Eighty percent of transgender people have experienced emotional, sexual or physical abuse from a partner or ex-partner.

"As a matter of pastoral compassion, it is important that our priests and parishioners are aware of domestic abuse issues within these relationships," it contends.

It does, however, cite statistics that underline the dysfunctional nature of non-heterosexual relationships.

Eighty percent of transgender people have experienced emotional, sexual or physical abuse from a partner or ex-partner, according to a report by the Scottish Transgender Alliance.

"[That's] evidence surely that the 'loving' gay lifestyle isn't all it's cracked up to be!" a Catholic pro-life leader told Church Militant.

"Of course, it's good to offer appropriate pastoral support to those suffering from such difficulties, including same-sex attraction, but not by sending them to pro-LGBT organizations like Stonewall, who simply affirm them in the destructive lifestyle choices which are often the basis of the problem," the leader added.

Raising Awareness of Domestic Abuse notes that "unique to the experiences of LGBTQ people" are situations where LGBT abusers may convince their partner that no one will believe the abuse is real because they are not in a heterosexual relationship.

The abusive partner may also manipulate partners into believing that abuse is a 'normal' in same-sex relationships and the abused partner may be pressured into silence in order to protect the image of the LGBT community.

Religion as a 'Weapon'

In a brief section subtitled "theological perspective," the document warns that "certain scriptural texts, which refer to marriage and relationships between spouses, are open to misinterpretation."

It classifies "spiritual abuse" as a form "domestic abuse," noting that such abuse may use "religion as a weapon of control" or use "religious teaching to justify abuse, e.g., 'obey your husband.'"

Citing Pope Francis' controversial apostolic exhortation Amoris Laetitia, the document emphasized rejecting "every form of sexual submission," including "all improper interpretations of the passage to the Ephesians where Paul tells women 'to be subject to your husbands' (Ephesians 5:22)."

"In marriage, this reciprocal 'submission' takes on a special meaning, and is seen as a freely chosen mutual belonging marked by fidelity, respect and care," it quotes Pope Francis as saying.

The NBCW asks parishes to display information about support agencies for domestic abuse that are provided in the booklet but includes names of militant homosexual activist organizations like Stonewall.

The 'loving' gay lifestyle isn't all it's cracked up to be!

"I recommend this booklet to all parishes and communities in England and Wales. May we remember the words of St. John, 'There is no fear in love. But perfect love drives out fear' (1 John 4.18). I hope this booklet will help us to help others to live without fear," writes Abbot Allan in the preface to the document.