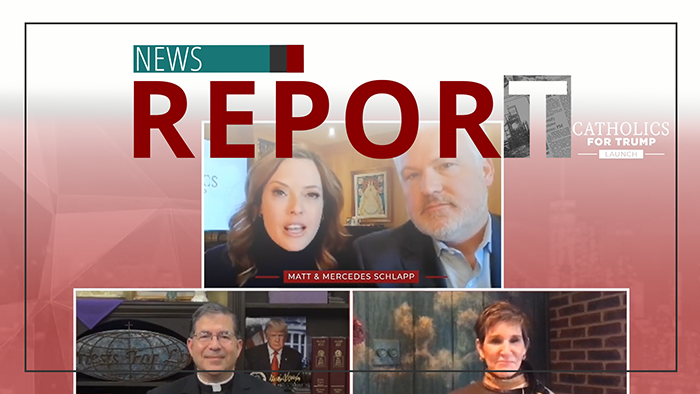 Faithful American Catholics are rooting for President Donald Trump to get re-elected.

A campaign coalition called Catholics for Trump had its debut livestream yesterday.

Participants in the livestream lauded President Trump for defending religious liberty and talked about the importance of pro-life issues for Catholics; another topic discussed was President Trump's handling of the Wuhan virus.

The livestream closed with the Rosary, led by Fr. Frank Pavone of Priests for Life.

As the 2020 election draws near, an important demographic will be Catholic voters residing in swing states — the so-called battleground states.

Back in December last year, a poll found that committed Catholics — those who practice the Faith — are far more likely to support President Trump than lapsed Catholics.

The Democrats' front-runner in the primaries, former vice president Joe Biden, is a phony Catholic who supports abortion, same-sex "marriage" and transgenderism.