FORT WORTH, Texas (ChurchMilitant.com) - Frustrated Texas Catholics are petitioning the pope to remove Bp. Michael Olson from the diocese of Forth Worth.

At least nine canonical cases are being filed against the bishop, among them one involving his treatment of whistleblower Fr. Richard Kirkham, forced to resign after reporting misconduct from a fellow priest.

I currently have 1,500 pages of evidence in the case.

"I currently have 1,500 pages of evidence in the case," Philip Gray, canonical advisor to the group of lay Catholics, told the Fort Worth Star Telegram. He said he has never witnessed such proceedings brought against a bishop in his more than two decades of legal work.

Several months ago, a "very large number" of Catholics in the diocese started requesting Gray's help.

"I realized there was one particular remedy that would be helpful across the board," Gray said, "and that is the removal of Bishop Olson."

According to a mandate signed by hundreds of parishioners, Olson is deemed to have become "ineffective and harmful" as a bishop.

A group that calls itself FRK Advocates launched a petition last year urging a Vatican investigation into Bishop Olson, specifically his forcible removal of Fr. Kirkham from his parish.

"Since his ordination as our Bishop in January of 2014, Bishop Olson has operated against canon law on numerous occasions, has employed abusive language and vindictive actions against priests and the lay faithful in our diocese," the petition reads. "He has lied to several faithful laity."

The petition sets forth a list of grievances against Olson, including:

Olson responded to the petition last December, dismissing the group as "a handful of people with their own agenda."

"I don't think [Olson] has dealt with Fr. Kirkham in a fair way," said Kirkham's attorney, Jack Walsh, in comments to Church Militant at the time.

The circumstances leading to Kirkham's removal began when he learned of a priest in Dallas engaging in an affair with a woman in his parish. Kirkham admonished the priest to end the affair, but found out three months later the affair was still ongoing. His attempts to correct the priest were met with anger, and he tried to resolve the matter through a letter to the priest, saying he would report his actions to the diocese if the priest did not end his relationship.

When the bishop learned of the letter, instead of correcting the priest engaged in the affair, he punished Kirkham by removing him from his parish.

Attack on Texas Right to Life

Last year, Olson spearheaded an unprecedented attack on Texas Right to Life over disagreements regarding various life issues and politics.

Texas Right to Life (TRTL), under the leadership of devout Catholic Jim Graham, has been at odds with the Texas Conference of Catholic Bishops over its voters guide, as well as disagreements over the Texas Advanced Directives Act.

The bishops have consistently backed GOP candidates who tend to compromise on pro-life legislation, whereas TRTL has backed solidly pro-life candidates.

The bishops' conference has also supported the Texas Advanced Directives Act (TADA), which allows a "death panel" to determine whether a patient lives or dies, regardless of the patient's own wishes or that of his family. The panel, comprised many times of hospital staff, poses an unethical conflict of interest, as decisions on continuing or ending life-saving treatment should be based solely on the patient's best interest, but more often seem to be based on the hospital's financial concerns.

The bishops support the law as adequate in respecting patients' dignity and rights, while TRTL has fought the law for failing to protect vulnerable patients.

Last year, Olson, who is active on Twitter, required all the priests in his diocese to read a statement denouncing TRTL, and even encouraged parishioners to report to him any priests who failed to read it out at Mass. He was widely criticized by Catholics for encouraging parishioners to spy on their own priests. 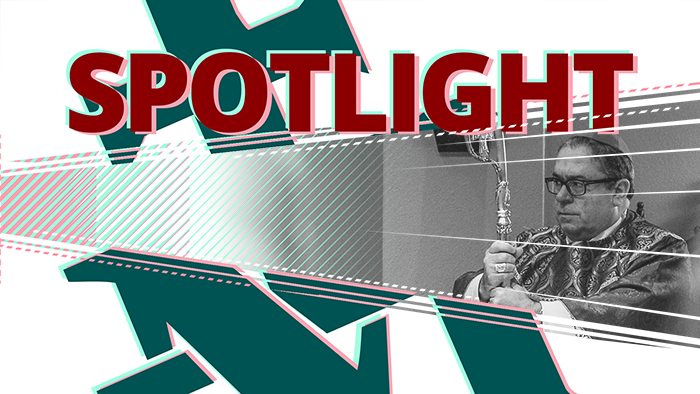