Catholics Did It First

The first Thanksgiving was not at Plymouth Rock, but at St. Augustine among Catholic explorers

Saint Augustine, Florida is the oldest settlement in the United States, founded in 1565 by Spanish Catholic explorers. On first sighting land on August 28, the feast of St. Augustine, they named the city after him. On September 8, the Nativity of Mary, they came ashore with great fanfare, to the astonishment of the natives. A Mass of Thanksgiving was held, after which a communal feast was celebrated with the local Seloy tribe. It was the first communal thanksgiving celebration in the first permanently settled European colony on American soil.

Others say the date of April 30, 1598, is also significant: Spanish settlers from Mexico set up camp in the American Southwest, held a Mass of thanksgiving, and named the land New Mexico in honor of God and their Catholic king, Philip II. A feast was held, with Franciscan priests blessing the food before everyone ate their fill. At the end of the meal, plays were enacted with scenes depicting the conversion of Native Americans on first hearing the Catholic faith. 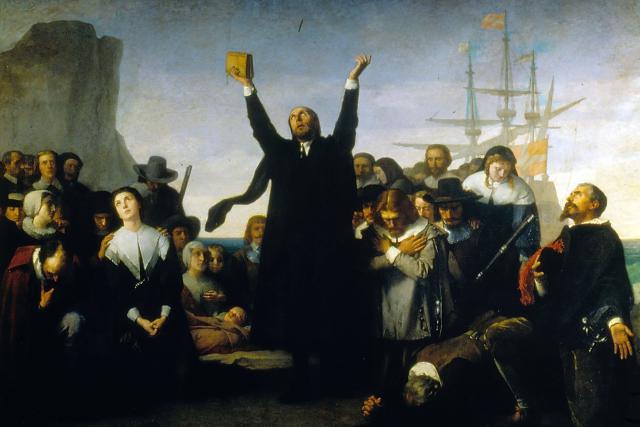 They instituted an independent congregationalist ideal that upheld the notion of the common priesthood of all believers, and thus granted an equal say among congregants in the election of the minister (some claim the roots of American democracy lie here). All of this naturally brought down on them the wrath of the Crown, and persecution commenced. A number of Puritans fled England and sought refuge in Holland, where they lived for a dozen years, before deciding to leave for the New World. After meeting another group of Puritans in Southampton, all boarded the Mayflower on September 16, 1620. Sixty-five days later, they sighted Cape Cod. The communal meal we know of as "Thanksgiving" took place in 1621 with about 90 Native Americans, and lasted three days.

After the Catholic Spanish were defeated by the British and driven out of the (largely Protestant) colonies, it became more expedient and attractive to focus on the 1621 date marking the arrival of the Pilgrims to celebrate this national holiday of thanksgiving — and Americans have done so ever since, entirely obliterating from national memory any influence from earlier Spanish Catholic settlers.

But don't let such revisionist history fool you; Catholics have as much claim to this celebration as anyone, if not more. And as all good Catholics know, eucharistia is Greek for "thanksgiving" — so be sure to leg it to Mass that day and pay your respects to the Giver of all good gifts. 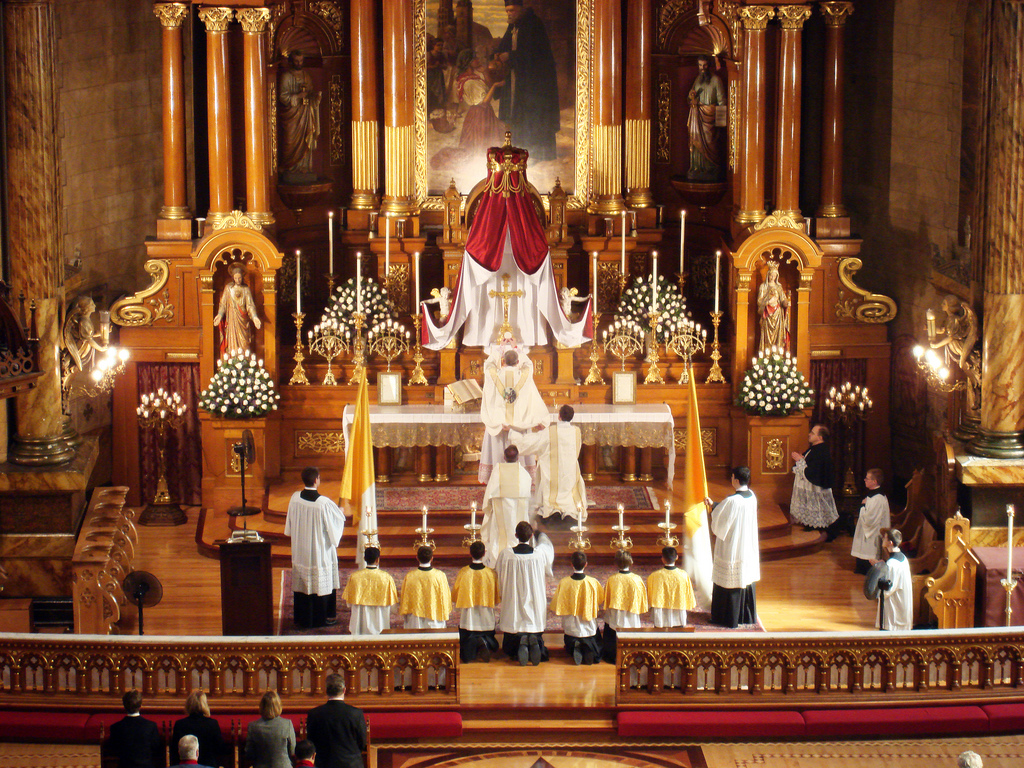