Increase of euthanasia deaths by 27 percent since 2002

BRUSSELS (ChurchMilitant.com) - Bishops and doctors are mounting pressure on Belgian officials to hold them accountable for abusing the euthanasia law used to kill terminally ill patients.

On January 11, Auxiliary Bishop Jean Kockerols of Mechelen-Brussels told Catholic News Service that the Church knew the Federal Commission for Euthanasia Control and Evaluation (FCEE) was "not working as it should." He said the bishops would support an investigation into the activities of the commission "to ensure it functions as it's supposed to."

Speaking with Church Militant, Erwin Wolff, a member of Pro Familia, a pro-life lay apostolate in Belgium, commented on the Belgian church's relationship with the state. "Like all other social developments, there was no strong response or comment from the Church," Wolff said. "The Church would not dare criticize anything, because if they do, the liberals and the far left would start lobbying to have the funding stopped and by so doing have the Church destroyed."

Free clip from CHURCH MILITANT Premium
WATCH MORE LIKE THIS
He continued, "And they would have their way because ideologically speaking there is no real difference between the Christian Democrats, liberals and the socialists, hence the consensus-driven political policy."
The Belgian Church's Cathobel news source reported on January 9 that the Commission violated "both the law and its role," allowing the euthanizing of mentally handicapped and mentally ill patients and failing to prosecute doctors who fail to uphold the law.
Church Militant reached out to Fernand Keuleneer, an attorney in Brussels who served as a member of FCEE. He commented on the nature of the law:

The law on euthanasia (the law) describes the conditions and procedures to be fulfilled in order for a medical doctor practicing euthanasia not to commit a violation of criminal law. Such is the case in the event of (i) a futureless medical condition, (ii) constant and unbearable physical or mental suffering (iii) that cannot be alleviated, (iv) resulting from a serious and incurable affection/condition caused by decease or accident.

"It's shocking that, 15 years since its creation, this commission has not referred a single file to prosecutors or condemned a single doctor," according to Cathobel. "It is acting as judge and jury, and not fulfilling its role. It isn't broadening application of the law, but violating it."

Keuleneer mentioned that the Commission "reviews the (summary) declarations filed by a doctor who practiced euthanasia. If there are questions regarding the declaration, the FCEE contacts the doctor and asks for clarification. If a 2/3 majority so decides, the FCEE may refer a declaration to the public prosecutor's office."

Wolff also commented on the Commission's willingness to overlook the law:

Any discrepancies in execution are ignored as long as they do not have political consequences for the people involved. This is a function of not endangering the consensus on other policy issues. The broader Belgian public agrees with said policies so there was no outcry significant enough to politically damage the politicians involved and subsequently no action was taken. The people who suffered because of it were just caught in the middle of the political machinations.

The commission headed by Dr. Wim Distelmans is cited for the death of a 38-year-old woman whose mental illness was diagnosed, but she was euthanized after two months without medical consensus and family notification, according to Cathobel. The woman's two sisters reported the incident to the FCEE, which revealed that the doctor did not file the necessary paperwork and record the death of the patient. But the commission did not prosecute the doctor or medical staff.

The report also cited that the FCEE did not file the paperwork regarding a man with dementia whose doctor euthanized him without his consent or on the advice of another medical professional, as required by law. A member of the commission resigned over the Commission's failure to prosecute this doctor.

Since legalizing euthanasia in 2002, Belgium has had a 27 percent increase per year, according to Health Ministry data.

Human life must be respected and protected in absolute terms, from the moment of conception till its natural end.

Kockerols admitted that the commission's disregard of the euthanasia law is known to the public, and support remains high in the country's Flemish-speaking regions. The bishop also mentioned the significance of admitting the "moral dangers" of euthanasia and the Church's responsibility to "work on a moral and pastoral level with medical staff and support critical voices."

Wolff insisted the Belgian Church's weak pastoral response is owing to its being funded by the state. The "wages of the priests and other personnel are paid for by the Belgian Justice department, [m]aking the Belgian Catholic Church effectively a civil service," Wolff argued.

"In December 2017, there was an insulting art project involving a hanging 'crucified' cow in a church, but there wasn't any comment on that from the Church either, demonstrating their willingness to stay quiet on anything," Wolff told Church Militant.

Pope Francis told the Belgian Brothers of Charity religious congregation in August to stop offering euthanasia in its psychiatric hospitals, following a decision by the Brothers' lay board of directors in May that allowed doctors to perform euthanasia on patients if there were "no reasonable treatment alternatives."

The Holy Father also said the Brothers must sign a letter reaffirming that they "fully support the vision of the magisterium of the Catholic Church, which has always confirmed that human life must be respected and protected in absolute terms, from the moment of conception till its natural end." 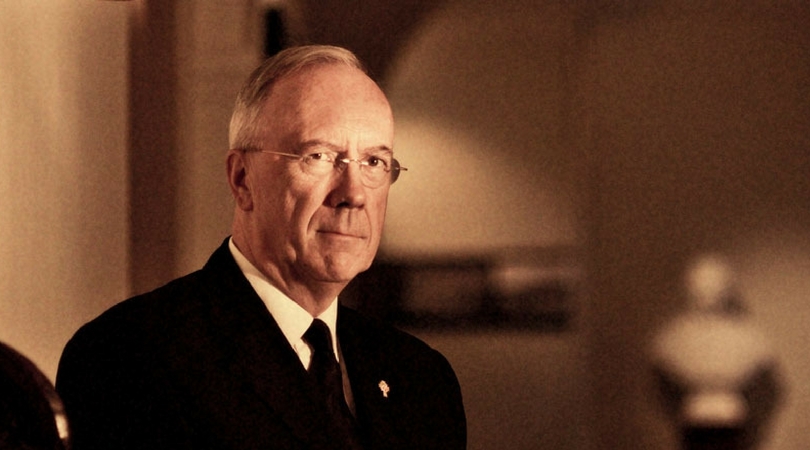 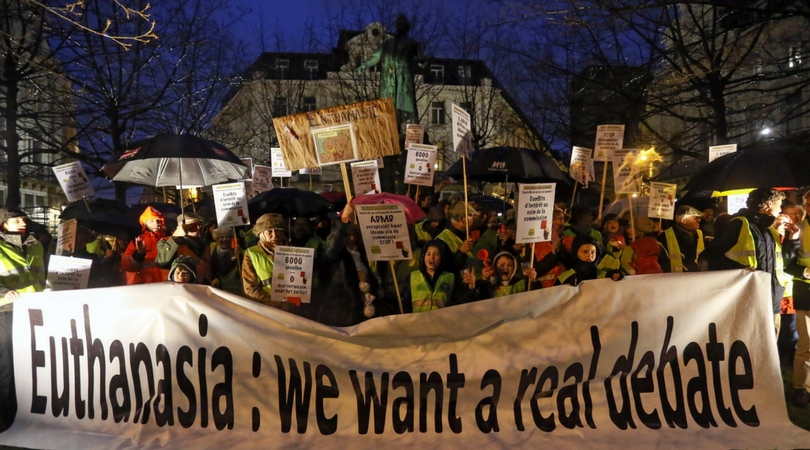