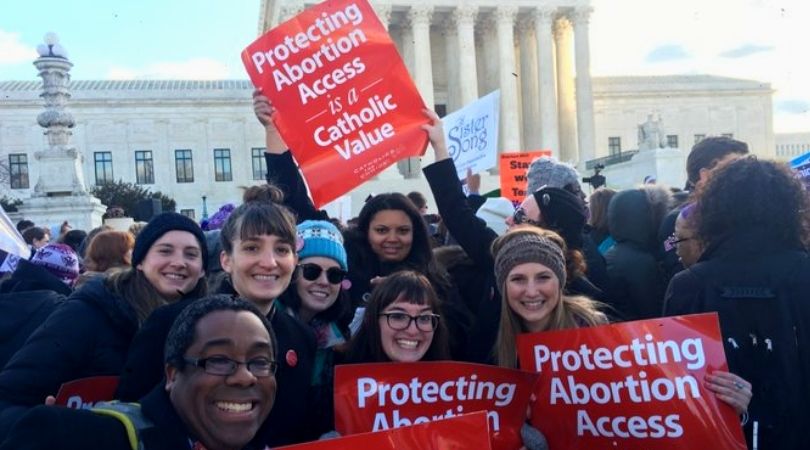 Majority of Catholics weak on killing of unborn

WASHINGTON (ChurchMilitant.com) - A compilation of Pew research reveals that, among other things, Catholics have handed the leadership in opposing abortion to white evangelicals.

For decades, the Pew Research Center has been asking Catholics about their views on abortion. Pew released last week an overview of its research, captured in a list of eight key findings:

Despite the Church's long-standing opposition to abortion and its early leadership in the pro-life battle, 56% of Catholics surveyed believe abortion should be legal — not just in the hard cases but in "all or most cases." This finding is in contrast to white evangelicals. Only 20% of this group fall into the "all or most group." Instead, nearly 80% "oppose abortion in all or most cases."

More than half of U.S. Catholics said abortion should be legal in all or most cases

"Many Catholics see abortion as immoral-ish but not a grave injustice. We know that not everything immoral should be illegal; but grave injustices, such as mass murder, should certainly be illegal," Murano said.

The Pew research also found that Catholics are hearing more homilies about abortion than evangelicals but only one-third of Catholics trust that teaching. In contrast, 60% of evangelicals have confidence in the abortion teaching they are hearing from the pulpit. One surprise finding in this regard was that 12% of Catholics said they had heard homilies that expressed support for abortion.

Evangelicals were not always pro-life supporters. According to one expert, in the early 1970s, white evangelicals saw abortion as a "Catholic" issue. National Public Radio's Rund Abdelfatah, who co-hosts Throughline, discusses what he found:

The Southern Baptist Convention, they actually passed resolutions in 1971, 1974 and 1976 — after Roe v. Wade — affirming the idea that women should have access to abortion for a variety of reasons and that the government should play a limited role in that matter, which surprised us. The experts we talked to said white evangelicals at that time saw abortion as largely a Catholic issue.

In the late 1970s, as the number of abortions began to rise, evangelicals became alarmed and were open to Catholic thinking on the topic.

We know that not everything immoral should be illegal; but grave injustices, such as mass murder, should certainly be illegal.

"While many evangelicals weren't initially all that bothered by Roe v. Wade, a few years on, the number of abortions had begun to climb, which made some evangelicals kind of uneasy," Abdelfatah explained.

The Pew findings suggest that Catholics with supernatural faith and strong catechesis have held the line on abortion in the Church and can count on evangelicals to be their partners in battling the grave injustice.