"Bishop DiLorenzo, for the sake of Tim Kaine's soul, we humbly ask you that canon 915 be enforced"

Dear Bishop DiLorenzo, for the sake of Tim Kaine’s soul ... for the sake of Our Lord Jesus Christ in the Most Holy Eucharist ... for the sake of the faithful who are scandalized ... when people like Tim Kaine present themselves as "devout Catholics" while supporting some of the greatest evils of our day, we humbly ask you that Canon 915 be enforced.

Some of the protesters held up large signs with the words "Canon 915," referring to the Catholic Code of Canon Law, which binds all Catholics including bishops and politicians. Canon 915 reads, "Those who have been excommunicated ... and others obstinately persevering in manifest grave sin are not to be admitted to Holy Communion."

The group's statement noted that in addition to supporting abortion, Sen. Tim Kaine, also supports the ordination of women, transgender ideology, adoption of children by homosexuals and so-called same-sex marriage, which Kaine claimed recently the Church is "going to change." Kaine would therefore fall under the aegis of Canon 915. Bishop DiLorenzo made a generic statement earlier this month in support of Church teaching but failed to mention Kaine by name or anything related specifically to him.

Cardinal Raymond Burke, speaking in 2013 as head of the Apostolic Signatura, the Church's highest court, instructed that pro-abortion Catholic politician Nancy Pelosi not be allowed to receive the Eucharist.

Certainly this is a case when Canon 915 must be applied. This is a person who obstinately, after repeated admonitions, persists in a grave sin — cooperating with the crime of procured abortion — and still professes to be a devout Catholic. This is a prime example of what Blessed John Paul II referred to as the situation of Catholics who have divorced their faith from their public life.

ChurchMilitant.com reached out to rally organizer Frances Bouton, who spoke on behalf of the group. "We remain respectful and very hopeful that the Bishop will do the right thing in this important situation by enforcing Canon 915, and we continue to offer our prayers for him in this regard."

Nelson related to ChurchMilitant.com a moment of providence that occurred just prior to the rally.

As I drove from Williamsburg, which is about an hour from Richmond, it was pouring rain. I have a rosary CD in my car, so I prayed asking that the rain stop, or at least slow down for the rally. Several of us sat in our cars in the meantime until 12 noon when it was to begin. About 11:55 the rain completely stopped. I wasn't surprised. 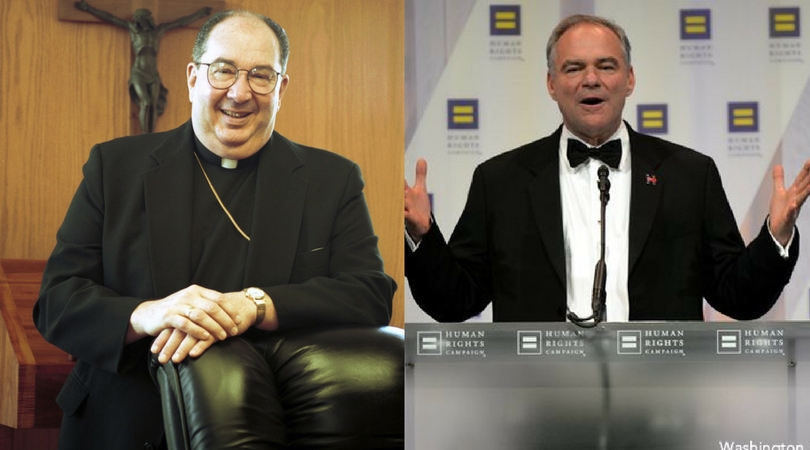 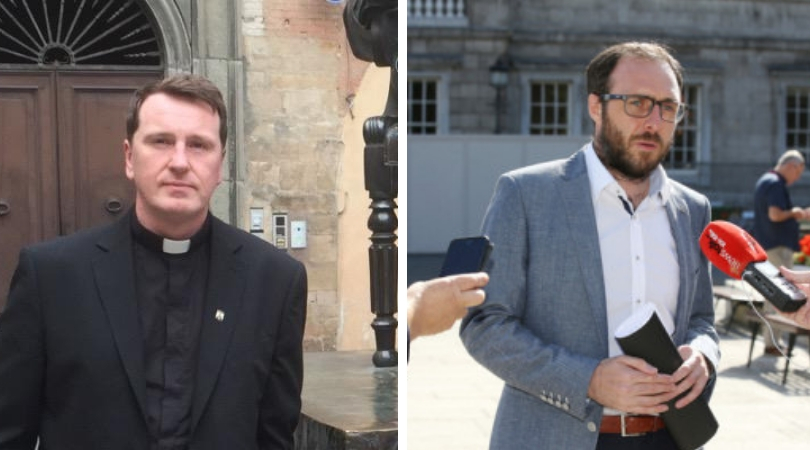