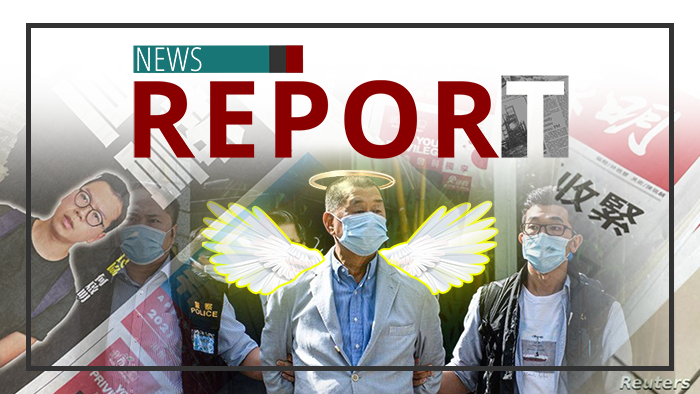 Recent suppression of a Hong Kong newspaper by the Chinese Communist Party (CCP) has far-reaching implications for religious liberty. That's the warning from a U.K.-based charity that monitors and analyzes threats to the beleaguered territory. Church Militant's William Mahoney explores the latest danger to religious freedom that has already affected one of Hong Kong's best-known Catholics.

He further recalled Apple Daily was founded and owned by Jimmy Lai, a devout Catholic and constant champion of religious freedom.

Lai is currently behind bars, serving a total of 20 months.

A recent article in The Federalist champions Lai as a "modern-day martyr," a "self-made billionaire, sacrificing it all for God."

Meanwhile, one of two living Chinese cardinals, John Tong Hon, seemed to capitulate last summer to the CCP's crackdown on freedom, warning priests in a letter to watch their language in homilies.

And last month, the Vatican's head of Relations with States, Abp. Paul Gallagher, claimed the Vatican remains silent on human rights violations in Hong Kong because it doesn't think it would make a difference.

Critics are crying foul, noting while the Holy See apparently thinks speaking truth wouldn't make a difference in Hong Kong, it had no problem making a difference in 2018 by signing the secretive Vatican-China deal.

The Holy See's actions made a significant difference, emboldening the CCP to crack down on religious liberty, even in Hong Kong, as evidenced by Lai's arrest.

Chinese cardinal Joseph Zen characterizes the Church's dealings with the CCP as a "total sellout" of China's underground Church.